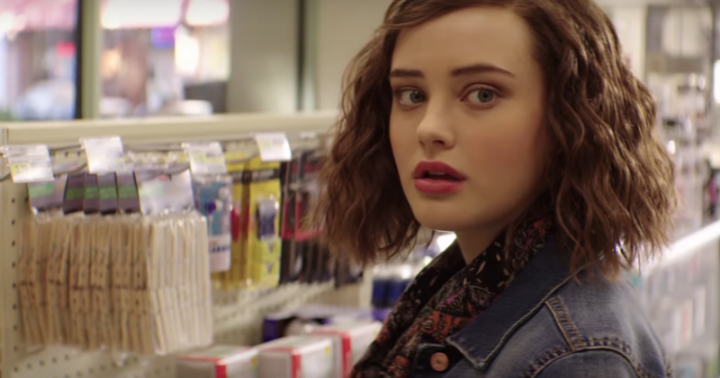 The worst thing about 13 Reasons Why is its fanbase

We live in an era of rabid fan culture. It's impossible to just enjoy something, be it an album, a TV show, or a celebrity. You can't just be a fan — you have to be a stan.

Some of the worst, most sensitive fans are those of the book-turned-TV series 13 Reasons Why. Viewers obsessed with the Selena Gomez-produced Netflix series have become deputized warriors in the fight against backlash.

To 13RW stans, it doesn't matter that professional, medical mental health groups — read: people who have spent their lives studying and practicing mental healthcare — have condemned it as a potential catalyst for copycat suicides and glamorization of self-harm. The professionals are immediately slammed as stupid, unaware "haters."

This chick saying #13ReasonsWhy is glamorizing suicide is an idiot and WRONG. @NBCNews

People who say 13 Reasons Why shouldn't be watched and loved are a special kind of idiot. Especially when they haven't seen it.

Funny how a lot of people who watched 13 reasons why say you shouldn't bully people but most of them were actual bullies in high school.

And it's not just mental health professionals. It's impossible to offer any criticism of the show without being hit with a wave of backlash and accusations of "not understanding" what the show was about. You're immediately dismissed as an "idiot" right after being told that the words-have-consequences trope is the point of the show. Makes sense.

Not even celebrities are immune to the vitriol. Singer Zara Larsson tweeted that she felt the show romanticized suicide, and was drowned in hateful, dismissive comments.

Can we agree that Zara Larsson is a men hating bitch with a bad taste for disliking "13 Reasons Why"? Good. pic.twitter.com/nySRKSj08t

Y'all say 13 Reasons Why taught you that words can drive people to hurt themself then you tell Zara Larsson to kill herself wheres the logic pic.twitter.com/4DJjUXI8wA

.@zaralarsson Sweetie think about your album sales before starting 13 yo unnecessary drama on twitter pic.twitter.com/EOwrdR0emE

One of the most common tweets/comments/posts about the series centers around surprise that people who spent their school days bullying are now fierce advocates of the show and "watching what you say." A quick scroll through Twitter reveals that this is a common thread for tons of teenagers:

You know. It's really fucking painful to see the people that bullied me in school watch #13reasonswhy and say bullying is wrong.

@ half the ppl who bullied me then talked about 13 reasons why and how suicide is never the answer and ppl who bully are bad ppl like lmao https://t.co/4QwRN5JFaJ

Cringey that the people who bullied me relentlessly in HS are emotionally invested in the "message" of 13 reasons why. ?

The people watching 13 Reasons Why are the same people who bullied me throughout high school ?

Now that 13 reasons why came out all the people who bullied me and made me hate my life in high school are posting about anti-bullying ?LMAO

The biggest question about fans' blinding, all-consuming devotion to 13RW is just…why? As a viewer of every episode and a depressed person with (ding ding ding) suicidal ideation, aren't my thoughts and criticisms valid? Why try to shut down a dialogue rather than listening to affected people telling you what the show gets right and wrong?

Fuck you if you're so petty you're spending your time tweeting abt how 13 Reasons Why sucks and doesn't serve a purpose. Don't watch it then

As so many 13RW fans love to push, yes teen suicide should be discussed, but a discussion can't happen if only one side is permitted to speak.