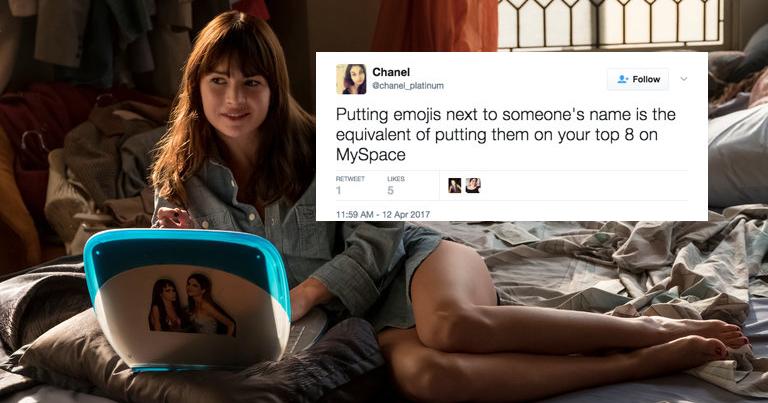 Pour one out for the Top 8

Other than the 70s-thot envy-inducing ensembles and generally inspirational DIY-ness, the best thing about Netflix's new series Girlboss is that it exists in the glorious era that was the mid-to-late-aughts.

Where were you when Marissa Cooper died on The O.C.? At what age did you first start begging your parents for a Blackberry? How many times did you roll your ankle in a pain of knockoff Jeffrey Campbell Litas?

How often did your ass go numb from sitting on MySpace for hours?

More than any other legacy reference from 2006 or whatever year this took place, MySpace is the crown jewel of tacky mid-00s obsessions. It was everything. All too often I think about my evenings spent obsessively laboring over my layout (it was MCR if you must know), commenting "PC 4 PC?" under strangers' pics, composing emo bulletins about whatever happened at school that day and, of course, viciously ranking my friends in a gladiator-style virtual cage match of my affections. Remember that?

I wish twitter had a top 8 like myspace did.. I wanna revisit the top 8 drama we had to deal with lol

Here was Kim's Top 8 from back in the Good Old Days: 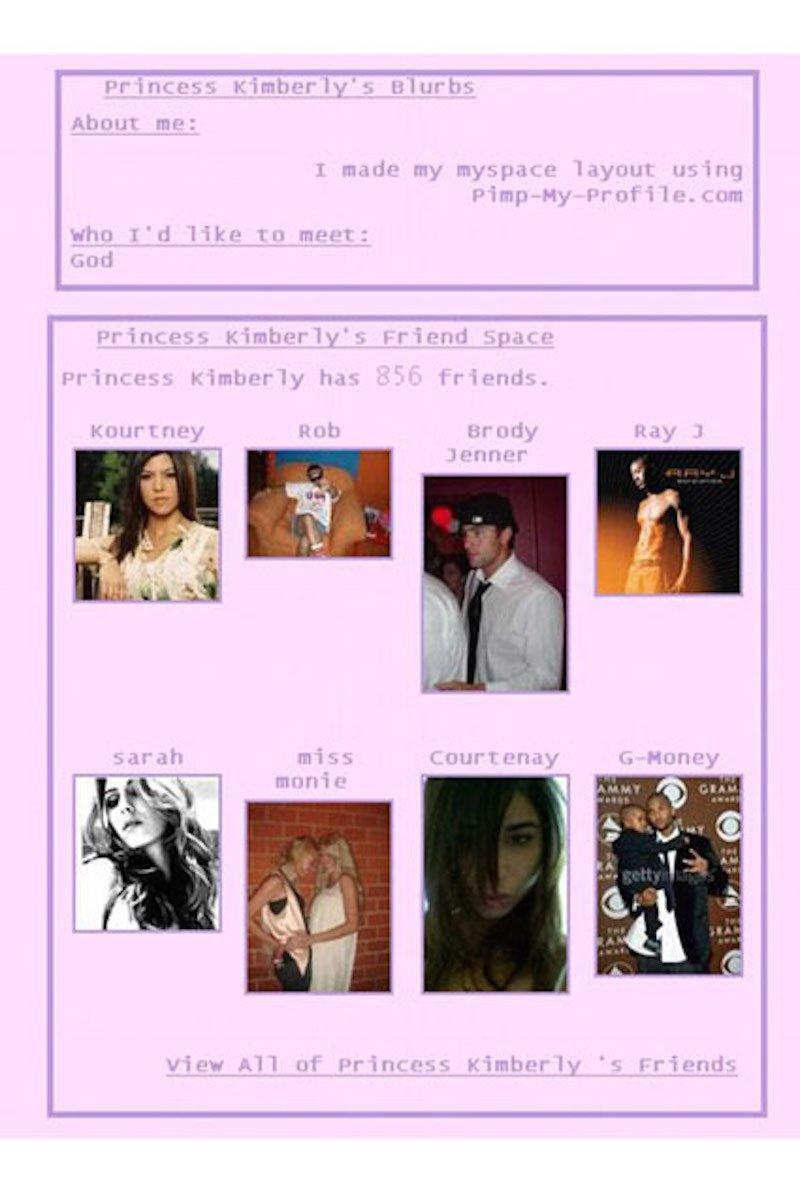 Here, in the figure above, Kim has demonstrated the most important and unspoken rule of MySpace power rankings: first comes your best friend, and then your boyfriend or SO. Kim's done it right, actually — Kourtney and Rob, her friends/employees/besties, are ranked 1-2, then her step-brother Brody comes in at number 3, probably because he was the most famous guy alive at the time. It's called The Hills, look it up. Then that traitorous snake Ray-J rounds off her top four.

It was fucking brutal, having to arrange your friends just so. Of course, the ultimate power trip was knowing you were in someone's Top 8 but they weren't in yours. It was even better than logging on and seeing this: 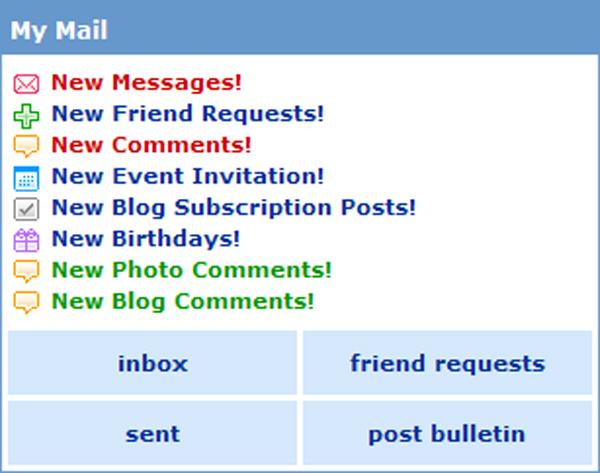 And oh my god, the power you weld (is that the past tense of wield? wielded? wielt?) when it was time to switch up your order. Katie kind of side-eyed you in the caf today — fuck that bitch, she's getting kicked down to #3.

One of the worst faux pas, though, was having a celebrity in your Top 8. It was like admitting you didn't have enough friends to fill up a standard mid-sized car. The one exception I can think of is the era in which my friend Michaela had Taylor Swift in her Top 8. It was like 2007 before her first album had even dropped — and that bitch was always online.

As anxiety-inducing as it was to see your friends literally rank how much they like you (the Girlboss scene about it is pretty spot-on), at least it was more overt than the modern day subtweet. Back then, it was obvious if someone was mad at you — they basically publicly shamed you.

Now what am I gonna do if I'm upset with someone? Actually talk to them and share my feelings? Like a nerd? Pass.