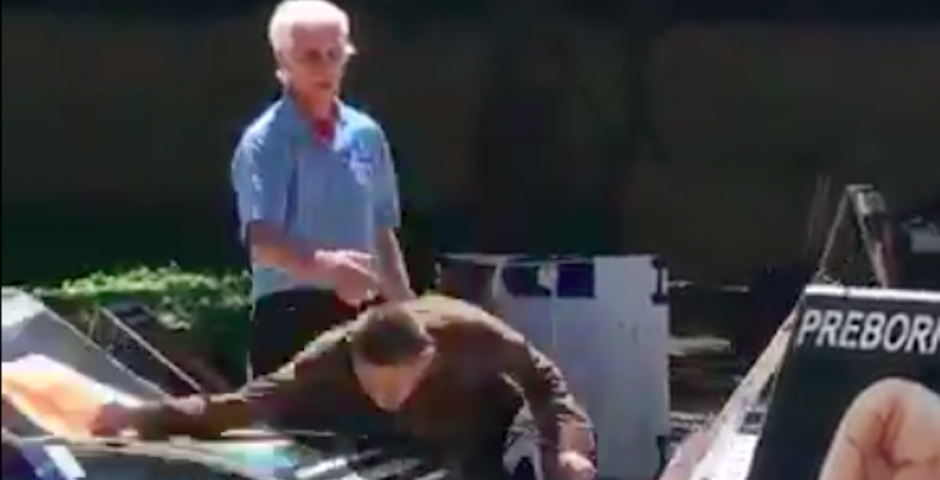 He breaks the signs and shouts ‘this is bullshit’

A student was filmed trashing an anti-abortion protester’s signs at a Texas State rally today.

In footage you can watch below, the student is heard shouting at an older man, before throwing his pro-life banners on the ground.

The student says: “Get the fuck out of here with this bullshit.”

The older man responds: “We have the right to be here.”

He shouts: “No you don’t! This is fucking bullshit! Get this shout out of here! Fuck! This is bullshit!”

The anti-abortion protester says: “It doesn’t matter, this is freedom of speech!”

The footage was filmed by Texas State junior Emma Brockway at the Texas State Stallions earlier this afternoon.

Emma told The Tab: “I was walking through the quad and was annoyed to see the anti-choice people again. I’m a junior at Texas State and they constantly come on campus. I am pro-choice. There weren’t a ton of people near the Stallions while this was happening – normally there are more people.

“I was shocked, but I have to admit I admire him in some ways because I think he did what we were all wanting to do. I am a supporter of free speech, but again, I think everyone was secretly wanting to do what he did. People around me were shocked. After I saw the incident, I immediately began organizing a peaceful counter protest. It’s important that the pro-choice side has a presence at the Stallions as well.”