A fake news writer admitted Trump supporters are gullible, easy to fool and will believe literally anything.

For nearly two weeks James McDaniel was a professional hoaxer on Underground News Report, a site he created to spin out lies about Donald Trump and Hillary Clinton, all from his laptop in Costa Rica.

He recently admitted it was all an experiment to see how it easy it is to con Trump supporters into believing manic headlines like OBAMA RAN PEDOPHILE RING OUT OF WHITEHOUSE and MICHELLE OBAMA UNDERWENT SEX CHANGE SURGERY IN 2016.

Here James, 28, explains how he swindled over a million Trump fans and earned hundreds of dollars for his efforts. 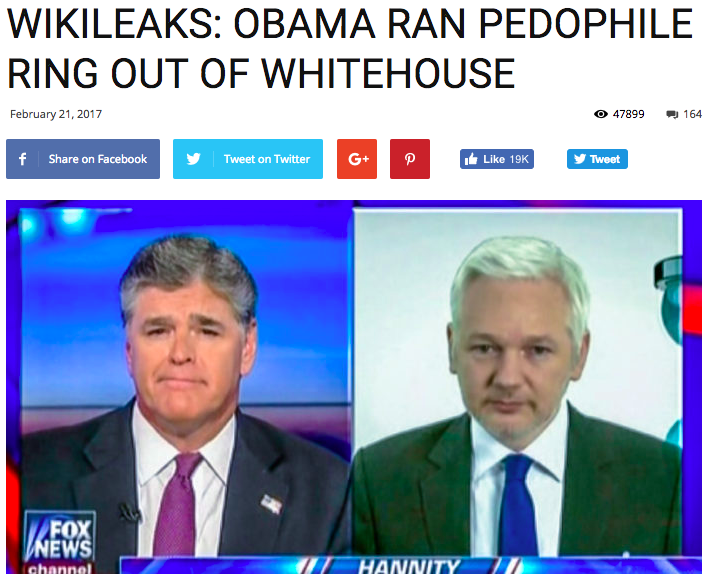 Can you describe the feeling of publishing fake news?

It's exhilarating. I had a lot of fun doing it. It was like doing drugs. I got so excited doing a big story and having so many people on the site, I couldn't lay down and go to sleep. I was so excited at how the story was building.

Oh, it was a blast. I only spent about two hours a day working on actual stories and sharing them. The rest of the time I was just watching analytics.

Can you make money for doing it?

I made a little bit. Apparently I didn't make that much money for the traffic that I had. But I made $615 when I pulled the plug on the site and stopped writing fake stories. We just threw the ads up on the site, money was never really the motivation in the first place, I just wanted to make the point. From what I'm being told I could have made about $2000. That was for two hours' work a day. 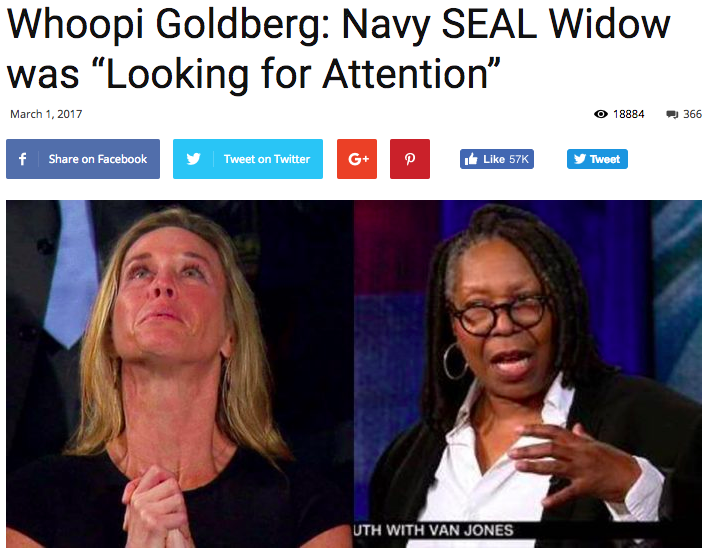 How does the fake news process work?

First I would get an idea based off what people already believed. Like how big Pizzagate has been. That's something I bridged off of to make the Obama stories, because you already have a bunch of people who believe these things. That makes it a bit easier, I was just adding an element to a story that was already there. Some I did make up from thin air.

Then I tried to come up with a good headline and get a good picture. A lot of times the success of a story is based more on that the content. I really didn't worry about the content that much. I just scribbled through it. I didn't revise anything, I'm sure there are lots of grammar and punctuation typos in some of the stories. It didn't seem to matter, as long as I had a good picture and headline.

For one Obama story, I had a picture of Julian Assange on Hannity. And I put the story out on Sunday night. Hannity's show doesn't run on Sunday night, but my readers didn't care. I said how Assange was on Hannity talking about how Obama ran a pedophile ring out of the White House. People just eat it up.

So I write the story, publish it, and share it in a few Trump groups on Facebook. Some of them are really big – Trump Friends has more than 100,000 members. And beyond that, everyone else does the work for me, when they believe it and they want to share. 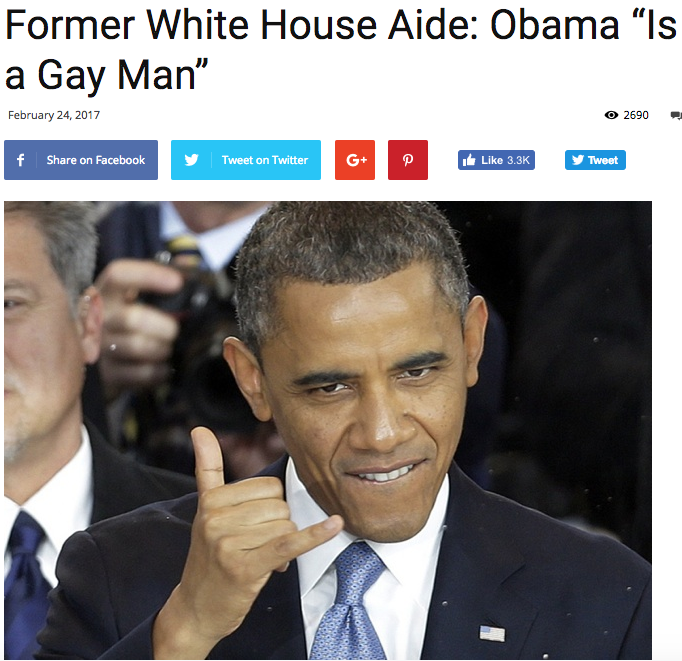 What was the biggest story? There's no question, the one that got the most eyeballs was Whoopi Goldberg saying Carryn Owens, the widow of the US Navy Seal was looking for attention. I had her say military widows are always looking for their 15 minutes of fame. It got 200,000 page views. That story went crazy right off the bat. It would have been bigger but I cut it off 24 hours after I wrote the story, I posted u the satire story [explaining the hoax] and it killed the momentum within 10 hours. And which was your favorite fake news story? That's a tough question. I did two Hillary Clinton stories where I typed up a fake email. The second I did was hilarious. It was Hillary writing Huma Abedin asking her to stop by her office to pick up her hammer and her toy and her inhaler, because she's going to Comet [the pizzeria in Pizzagate] for the sacrifice tonight. That got 30,000 shares on Facebook.

Where did you get the most views from?

The number one city was always Dallas. There were so many people reading from Texas. Los Angeles, and then New York were next, probably just for numbers. For swing states, the most traffic came from Florida – maybe the most stupid people are from there, haha. 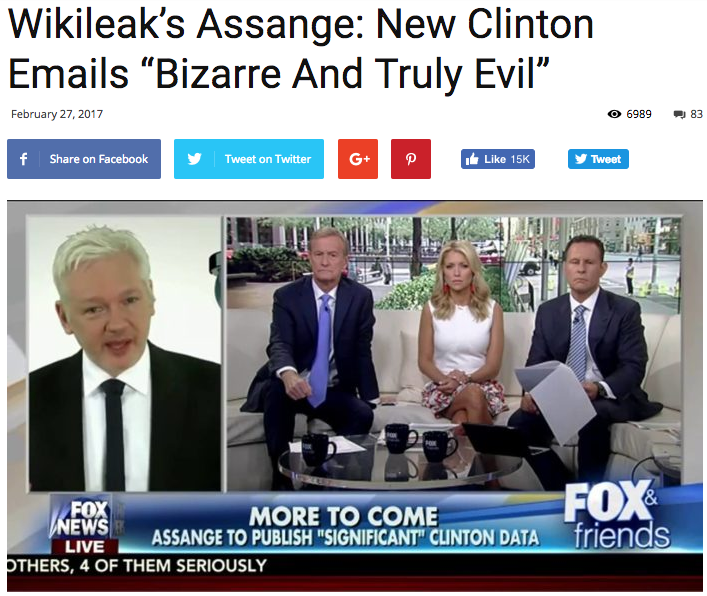 What made you stop?

I did want to keep it going! I was having fun. I wanted it to do it for two weeks. But the Whoopi Goldberg story happened and it was so big and so many people were so upset by it. Even Whoopi tweeted and put on her Facebook the Snopes article that debunked it. She put our disclaimer on her Facebook and there were still people replying her saying: "You disgusting horrible woman, how could you say these things." At that point in time, I didn't think I should continue.

How did that make you feel? You were having a real impact.

I don't want to lie, I didn't feel super guilty. Don't get me wrong, I've had a lot of hate mail for this telling me I'm part of the problem and spreading the fake news. But the truth is that my nine days of fake news was just a drop in the ocean of fake news. For all the people who are doing it, I'm the only person I know of who's come out and slammed the people who believed my stories. In my mind, the fakes that I've seen so far, I feel morally justified in the project because it had a good impact overall. Even the people who hated me for it, the Trump supporters were so pissed off at what I did, some of them feel embarrassed. And that embarrassment will make them less likely to just jump at sharing something in the future.

What would you tell Whoopi Goldberg if you could?

I would tell her that I'm sorry if I caused her any grief. But the truth of the matter is the people who believed this story about her or hate her or believe false things about her, ultimately this was a good punch in the face for them. So I hope she understands that and the reason why I was doing it. It wasn't malicious.