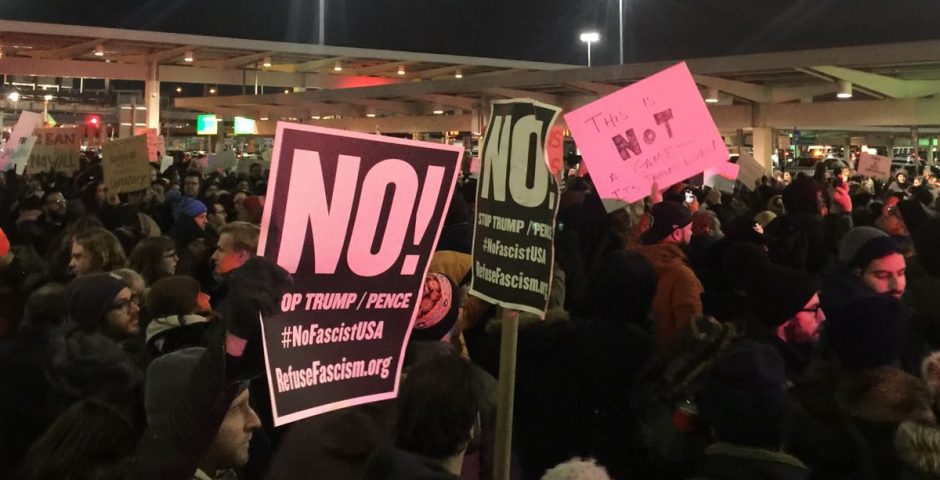 The government was sued by the ACLU

In a dramatic hearing that lasted just 15 minutes, the ACLU filed a habeas corpus suits on behalf of two men who were banned from entering the US and detained indefinitely by Customs and Border patrol.

Hameed Khalid Darweesh and Sameer Abdulkhaleq Alshawi,who both hold valid entry visas, had previously worked for the US military in Iraq and had background checks conducted as part of the standard visa vetting procedure.

While the court was ruling on their specific cases, the judge also issued a stay to preserve the status quo while a permanent ruling is made.This means that effectively, other people being detained and those in transit are covered by the temporary ruling.

Trump’s executive order halts all immigration from Iraq, Iran, Libya, Somalia, Sudan, Yemen, and Syria. It was signed late on Friday night with widespread confusion as to it’s implementation and widespread protests reported at airports across the US.