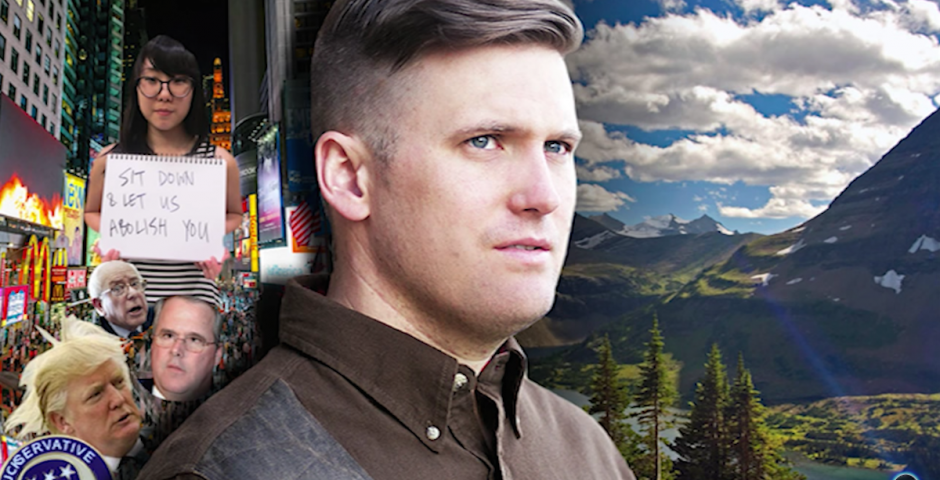 Researching the neo-Nazi’s internet back catalog

The alt-right is enjoying a moment. After a charming weekend conference where speakers denounced Jews and recited Nazi propaganda, they have finally goose-stepped their way to the notoriety they have always longed for. We know about the alt-right, their D-List celebrity tub-thumpers, and how we should probably call them Neo-Nazis (if it salutes like a Nazi, talks like a Nazi, and hates Jews like a Nazi – it’s probably a Nazi). But what about their leader, Richard Spencer?

The meat-faced white supremacist has waited on the fringes for years. He has spent most of this decade blogging indecipherable bilge and hosting Google Hangouts explaining the problems of “Jewry” to groups of sad men with Confederate Flag avatars.

We wanted to find out more behind the man who said: “One wonders if [Jews] are people at all” in front of a crowd of heil-Hitlering fans, so here’s a deep dive into his Reddit history.

He thinks ‘The glorification of homosexuality is unhealthy’

“The glorification of homosexuality is not healthy for society. But there are homosexuals who can be good, if flawed people. A constant obsession with gays is not good for any movement.”

He thinks tattoos are degenerate

“As for Whites, yes, we have some major problems in our communities: drug abuse… despondency… degeneracy… endless tv or Netflix watching… tattoos.”

“I’ve only seen Akira; I’ve heard Cowboy Bebop is good.” Me neither.

He thinks Batman is a conservative hero

He also needs to have his Red Pill moment. 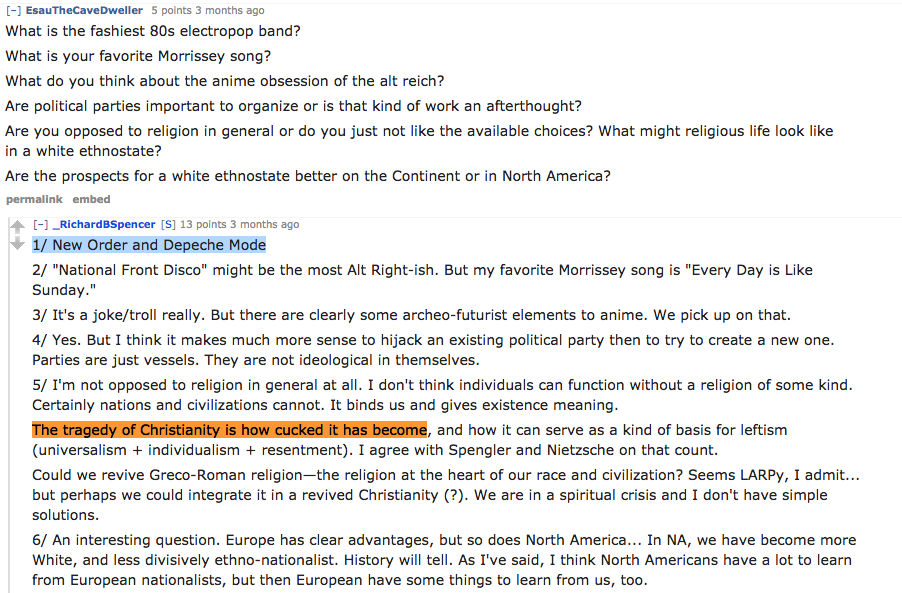 Also: “The tragedy of Christianity is how cucked it has become.”

He thinks Neo-Paganism is pretty cool

“I am deeply impressed with Neo-Paganism, but it would be wrong to say I practice it.” Nice.

Richard Spencer is a terrible geographer

In case you thought he was harmless, he wants America to be a white ethno-state 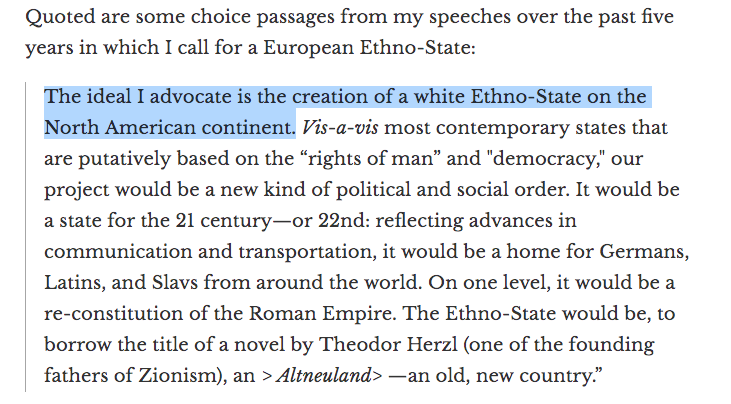 “The ideal is the creation of a white Ethno-State on the North American continent.”

From his rambling blog, Radix.

And gays are ‘a suboptimal deviation from the norm’

“Gays are ‘born that way’ in the sense that homosexuality is a suboptimal deviation from the norm, much like a birth defect, caused by a random abnormality in the womb.” Also from Radix.