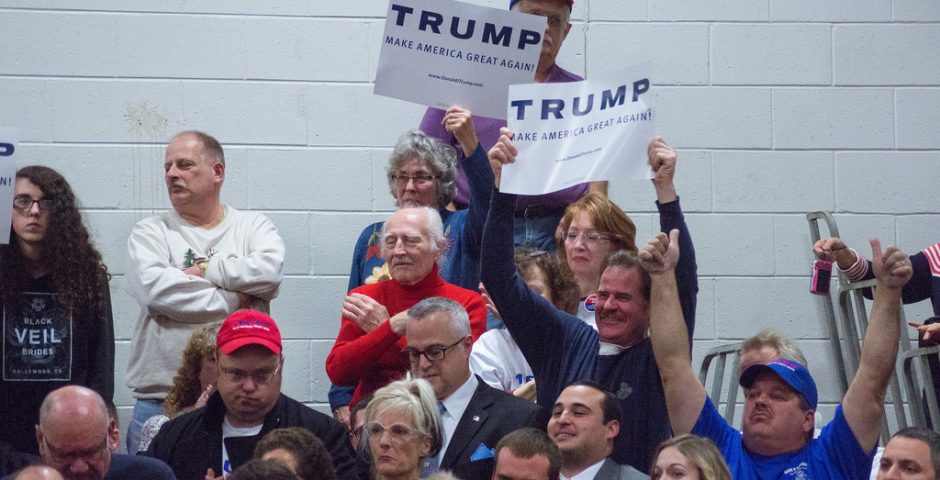 Donald Trump was elected by people too embarrassed to admit it

‘Millions of white people kept their mouths shut, went into the booth, checked over their shoulders and voted Trump’

Everyone had a moment when they realized he could win. For a startling number of people, it was about 10pm on election night, when Florida looked sealed, Ohio was declared and North Carolina was on its way. By then, it was far too late.

For me it was a humid July evening, when I had dinner with a banker from Westchester, New York’s wealthiest suburb, who told me in hushed tones how he was voting Trump, but couldn’t even tell his wife. I caught a cab afterwards driven by a white immigrant. He was secretly supporting the Republican candidate, “even though I am a foreigner.” Both men said the same things me: “Trump is crazy, but I can’t vote for that woman.”

America is full of these men, and yesterday they won the election. Everyone knows the issues that motivate white, male voters: depressed wages, fears about jobs, distrust of elites, racism, sexism, boredom with political correctness. What we didn’t know until last night was just how many of them there are.

The white, male vote is probably the least sexy thing in America. At The Tab, we ran articles on “college Trump supporters”, and asked our student writers to interview their Trump-supporting parents because they were such a rare breed in our cultivated circles. In New York, which may as well be in Europe, it’s embarrassing to even acknowledge people might have a reason to vote for him other than their own bigotry. Time and again I heard friends in New York write off his voters as “bigots” and “total morons”. British friends would ask: “what kind of lowlife would vote for this guy?”

Watching the bros celebrating at Trump Tower last night, it’s hard to disagree with those descriptions. But your average Trump supporter isn’t the white supremacist assaulting a protester at the rally, or the fanatic graffiting “Build The Wall” on the college campus. They are much more quiet than that. As one tweet had it yesterday: “Millions of white people kept their mouths shut, went into the booth, checked over their shoulders and voted Trump.”

As my dad just said. Millions of white people kept their mouths shut, went into the booth, checked over their shoulders and voted Trump.

My colleague Joshi Herrmann coined the phrase “iceberg campuses” to describe academic environments where students hide their true opinions in public, for fear of censure from a vocal minority. This election has shown that we live in an iceberg society. There are millions of white men in America, Britain and every other developed western democratic society who hold views that range from hardline conservativism to vicious bigotry. To many people their views are unacceptable. But in the face of our disapproval, they have retreated from even sharing their taboo opinions publicly.

During this election, just as in Brexit, millions of them went unnoticed by pollsters, pundits, campaigners and liberal-minded middle class people. Instead, the shy Trumpers expressed their preference silently and secretly, on a ballot paper, pulling off the biggest electoral shock in over a century. And everyone was left wondering how they missed it.