We asked people the worst dates they’d been on

‘A housing security officer stood in the doorway, as I scrambled to zip my pants and bury myself in the blankets’

“One time, my friend was showing me pictures on her phone, when she flipped to a pic of her and this sexy blonde guy. I jokingly asked, ‘Damn, where can I get one of those?’ She told me that he was actually coming to Ann Arbor for the weekend to visit her and other high school friends, so  I insisted that she introduce us to each other. The weekend came around, and I finally go to meet him. He was very charismatic, and was also a runner, like me. We were really vibing. We flirted all night, and ended up drunkenly going home together. He took off his shirt, and I was entranced by his perfect runner abs.

“I noticed little marks and scribbles all over his body, and started laughing and asked what they were. He got really excited and jumped up, telling me how he had recently ordered a $40 tattoo gun off of Amazon. HE HAD BEEN PRACTICING ON HIMSELF. He proudly showed me his work, which was mostly basic shapes that looked like they had been doodled by a first grader. He asked me to draw him an American flag so he could copy it for a tattoo. So, I drew a bomb ass flag. 50 stars, 13 bars, and a mess of bald eagles. Okay maybe not the eagles, but it was great. Anyways, it was a good drawing. He then proceeded to get out his new machine and insisted that I tattooed him. I, sober enough to realize the stupidity, refused to do it. He laid my drawing out in front of him, as we sat on the floor of my bedroom. He began to tattoo his ankle in front of me. It was wild. He took such care, and had such focus, but instead of copying my drawing, he drew a rectangle with a stick as a pole instead. It looked awful, but he looked at it as if it were masterpiece he had spent his life on. He looked at me, still laughing, and said, ‘Eh, don’t worry about it. I didn’t poke it that deep. It should only last 10-15 years.’” 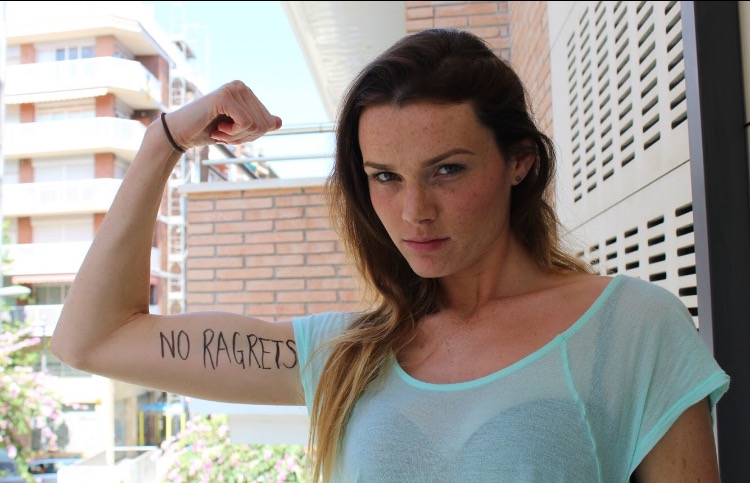 “I once met this girl at a CrossFit class on campus. There were a few things I liked about her. One, she was super fit and hot. Who doesn’t love a girl who can hold her own? Second, she had a great smile, and third, she loved to tell jokes. After a few weeks of seeing her around, I decided to make a move. We talked for a few minutes and joked around, when she said her favorite type of food was Mexican, which is mine as well, so I asked her right then, ‘So, Mexican food this Saturday?’ and you know what? She said yes. The conversation throughout the meal was a little dry, but I thought it may have just been initial awkwardness. I ordered my absolute favorite, enchiladas, and she ordered the quesadilla. Of course, I smash that enchilada platter in no time. She was still eating when she asked if she could ‘snag some of that extra sour cream off of my plate.’ I mean, I thought it wasn’t really the thing to do on the first date, but whatever. So, she stands up, leans over the table, and scoops up the sour cream with her fork. I assumed she was going to put it on the quesadilla, but no. This girl straight up ate that spoonful of sour cream, and she didn’t even finish her quesadilla. There was not a second date.” 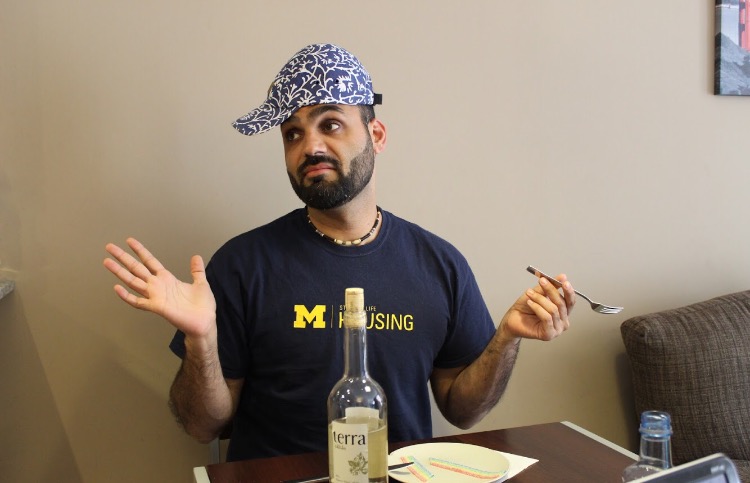 Getting physical at Subway

“In the later part of fall semester of my freshman year, I met this guy in South Quad. I was looking for a place to sit in the dining hall, and it was full, as usual. I saw him, and thought he was really cute, so I asked if I could sit with him. We had a very casual lunch together over some squad pizza, and we actually hit it off. He asked if I had any plans for the weekend because his friend was having a party. So, Saturday night, I met him in his dorm room to head out. Mistake #1.

“When I walked into his room, his roommate was still there, and reading the situation, quickly left, but without closing the door completely. We sat on his bed, waiting for it to get a bit later in the evening before heading out. The topic took an unexpected turn when he mentioned his fresh break up. That freaked me out a little, but I thought, if worst comes to worst, I’ll just go to the party and leave him there. So, we started making out, and I have my pants halfway off when we hear a tap on the door, which essentially pushed it open. A housing security officer stood in the doorway, as I scrambled to zip my pants and bury myself in the blankets. The officer was like, ‘Hey, how’s it going? How’s your family? How are classes?’ They had a good 3 minute conversation, chatting it up like old pals, as I sat there half naked in this guy’s bed. The officer said, ‘Well, I suppose I’ll leave you alone now. See ya later!’, as he shut the door behind him.

“I jumped out of his bed and asked what that was all about. He said, ‘Nothing really. I am just close with the security here.’ I asked why, like any normal person would. He explained that there was an incident earlier in the semester. I asked again, ‘What do you mean?’, and not in the fun Justin Beiber way. He said, ‘Well, I was at Subway, and the girl at the counter and I got into an argument, and she shoved me, so I punched her right in the face. I have an upcoming court date.’ I told him that I was going to the bathroom, and I never went back to his room. About two weeks later, I was on my daily run, when I unknowingly ran past him. He did a 180, and began running alongside me. I ripped my headphones out, and looked at him, still running. He said, ‘Hey! Hey! I think you may have ghosted me!’ I said, ‘Yeah, probably.’ and I kept running away from that dude.” 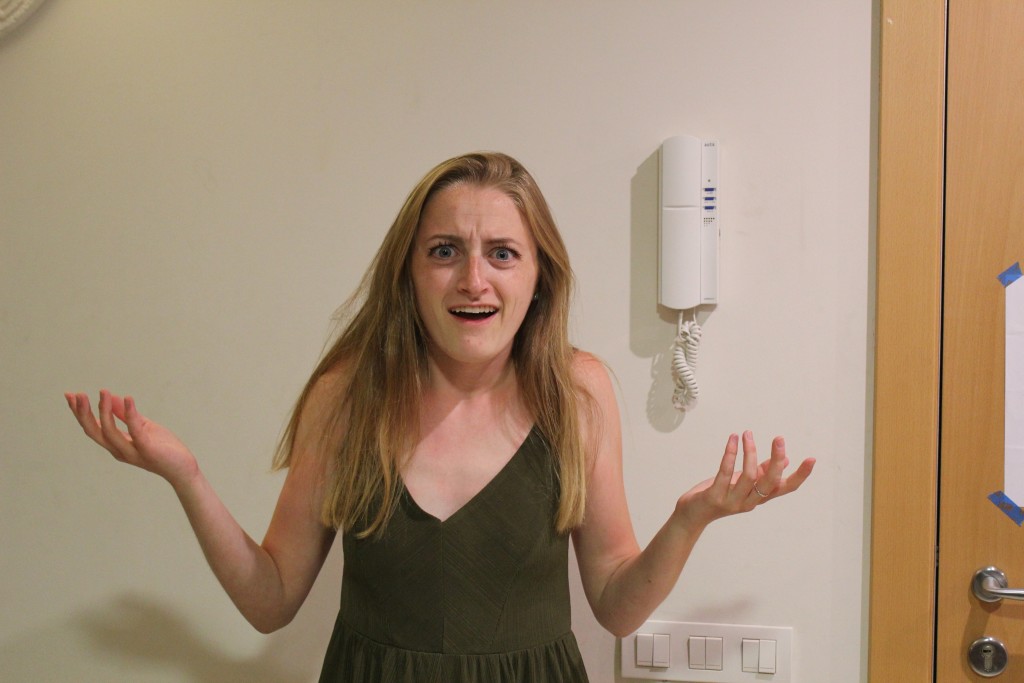 “I once met this guy on Tinder who was extremely hot. Tall, dark hair, blue eyes, everything. We had a lot of fun messaging each other using GIFs, and before I knew it, we had planned to get pizza together. He kept the conversation lively and funny at all times. We talked about school and he told me about how he was an acting major. We went on our pizza date, and I could tell that we were both very physically attracted to each other. I went back with him to his apartment, where things got hot, fast. We both were naked, when he stopped suddenly, and said, ‘Come here.’

“He pulled me in tightly, began to stroke my hair, and asked, ‘Why are you sad?’ I sat up and said what? He said, ‘Is it family? What do you want from me? You seem like a perfectionist.’ I was a little weirded out. He started complaining because he couldn’t decide if I was I was funny or just awkward. I could tell that the mood was fading, so I quickly put on my clothes, and walked towards the door. He asked where I was going and also why I wouldn’t answer his questions. I fumbled around putting on my shoes, and he jumped and said ‘WAIT. I know. You’re not awkward or funny, but a mix. Like, you’re quirky.’ I rolled my eyes as I walked down the fire escape of his shitty apartment when he yelled, ‘I’M SORRY! I’m just trying to practice personalities for my acting classes!’ Psychoanalyzing a girl is not the thing to do on a first date.” 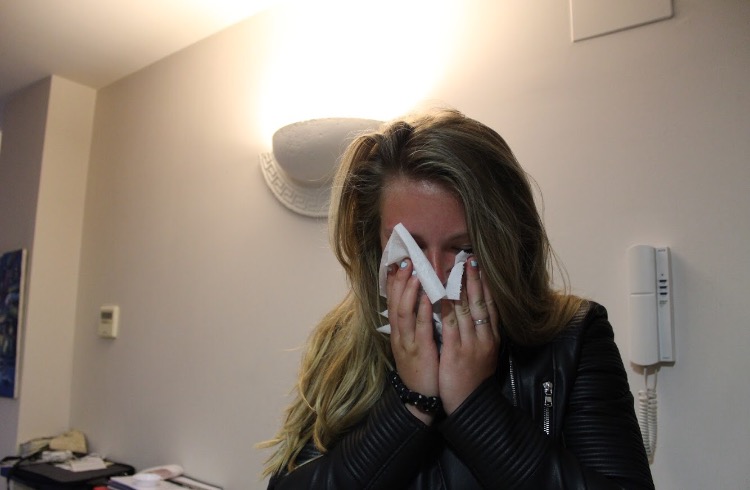