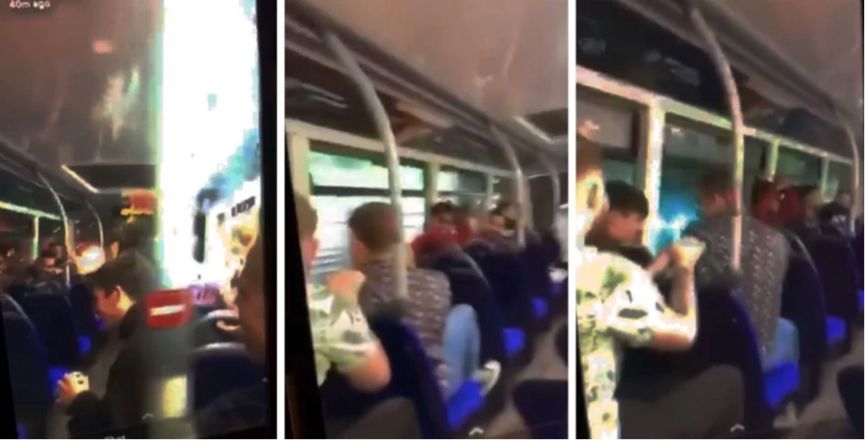 Soton Uni conclude Mayflower FC were chanting a nickname, not the n-word

‘The racist word was not used’ according to the university

The University of Southampton have concluded an investigation into the video of Mayflower FC allegedly singing racial slurs whilst on a social, concluding they were instead chanting a player's nickname.

The University released a statement on SUSSED News yesterday, which said: "The investigation has concluded that the racist word was not used, and the students were actually singing the nickname of one of the team members."

The University said auditory and technology experts were used to work out exactly what was said in the video and the investigation's conclusion was based on their findings.

The investigation began after members of Mayflower FC were filmed on a U2C bus singing what sounded like "there was one naked n***** on the bus" back in October 2019.

Reports of the video were released by The Soton Tab. The story was then picked up by The Daily Mail and The Sun.

At the time the investigation began, the Social Secretary of Mayflower FC resigned. He told The Soton Tab: "You're represented by the company you keep and what does it say about me if I let myself be associated by racists. It's sickening."

One member was also removed from the club as a result of the video by Mayflower FC's President.

At the time of the event, Mayflower FC said: "The committee has decided as a majority to remove this player from the club.

"There should be a zero tolerance from the whole of society on comments like this."

The university have said they have made the conclusion of the investigation public because of "the public awareness of the incident and the serious accusations of racism made, which have impacted on all those concerned".

The university's statement in full:

"In October 2019 there were reports in student and national media alleging racist singing on a bus by a number of our students during a Mayflower Football Club social event.

"The University said it was taking action as a matter of urgency, working in partnership with the Students’ Union, and would be talking to members of Mayflower FC and other witnesses on the bus to investigate the incident.

"Based on the evidence it had been made aware of, a detailed formal internal investigation was immediately started under the University’s Regulations Governing Student Non-Academic Misconduct.

"Under normal circumstances the outcome of such an investigation would remain confidential to the complainant, and to the subject(s) of the complaint. However, in the light of the public awareness of the incident and the serious accusations of racism made, which have impacted on all those concerned, the University feels it important to update our community on the outcome of the investigation.

"The investigation has concluded that the racist word was not used, and the students were actually singing the nickname of one of the team members. This conclusion is based on interviews with a number of people who were on the bus, an understanding of the context of the singing, and through independent analysis of the audio of a mobile phone video clip of the incident, conducted by technology and auditory experts.

"As a result, the investigation has recommended that there are no grounds for further action to be taken against the students who were the focus of the investigation, and that there had not been a breach of the University Regulations with regard to the use of racist language. This recommendation has been upheld by the Chair of the Non-Academic Misconduct Committee, the Vice President Research and Enterprise, and shared with the students involved and the Students’ Union.

"Any allegations concerning incidents of racism involving our students or staff will always be treated with the utmost seriousness by the University, and any such incidents should be reported immediately. We do not tolerate any racist or discriminatory behaviour by anyone, and we will ensure full – and fair – investigations of all incidents."