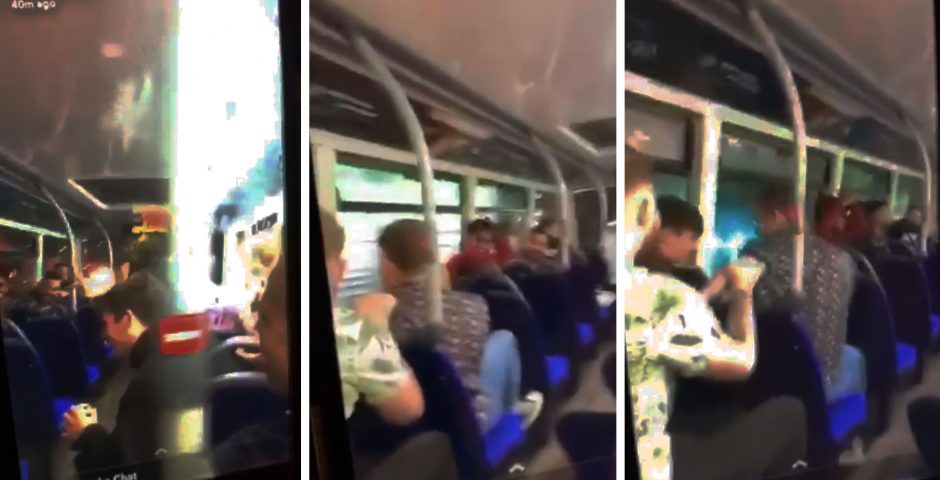 University of Southampton students have been filmed singing racial slurs whilst on a social.

In Snapchat videos obtained by The Soton Tab, members of Mayflower FC can be heard singing "there was one naked n****r on the bus" while on the U2C.

The full video can be viewed on The Soton Tab's Instagram.

Witnesses told The Soton Tab the team were on their way to a social at Oceana on Wednesday night. Mayflower FC's President said the video "could be interpreted as racism," and told The Soton Tab: "The video currently has no link to the club. 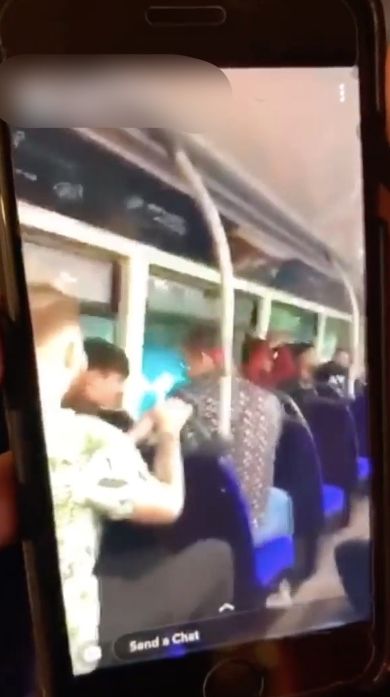 In screenshots of Mayflower FC's WhatsApp conversation leaked to The Soton Tab, members of the team can be seen joking about the social.

The boy who originally posted the Snapchat story says: "The bus journey was a highlight". 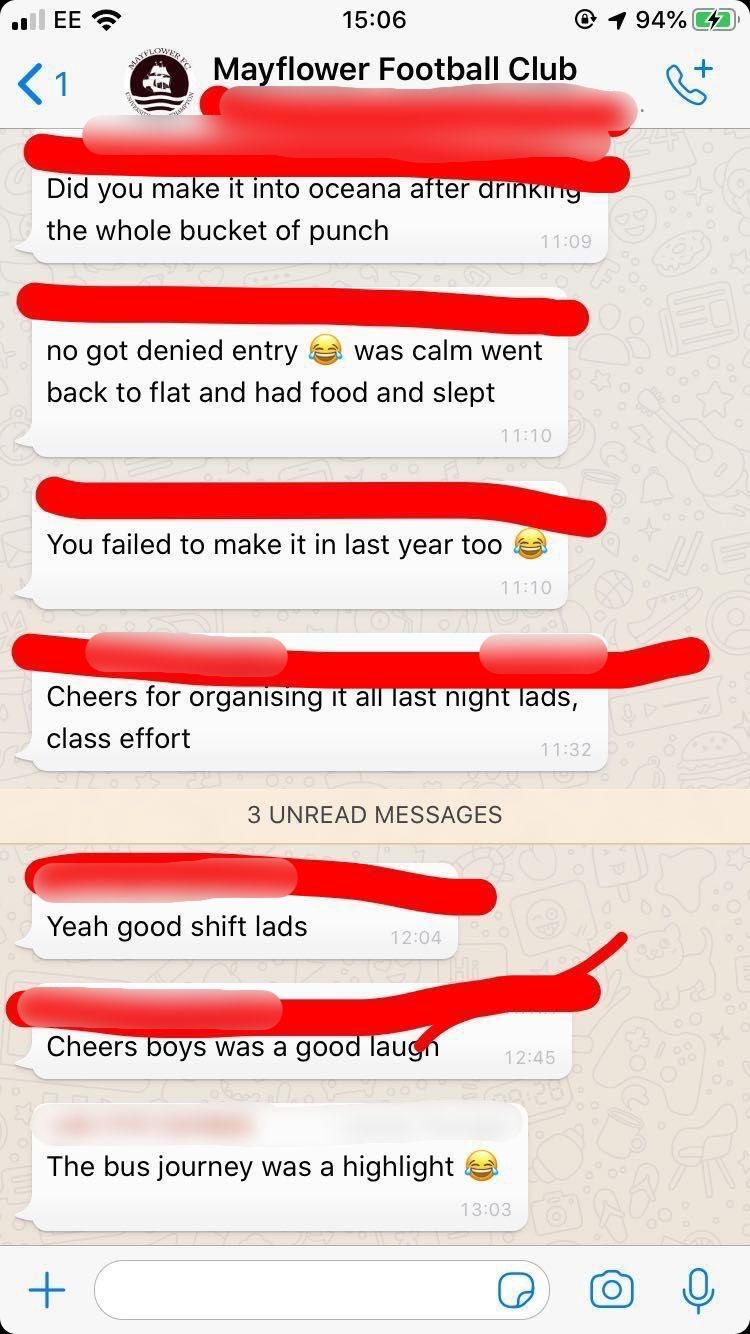 A screenshot from the club's group chat

Mayflower FC has since confirmed to The Soton Tab the player who filmed and participated in the chanting will be removed from the club.

The Social Secretary told The Soton Tab: "The committee has decided as a majority to remove this player from the club.

"There should be a zero tolerance from the whole of society on comments like this", adding that the incident 'tarnishes' both Mayflower FC and football as a whole.