A student has graffitied ‘f*ck uni, drop out’ on the roof of the library

He was escorted off campus by police

A student has been escorted out of the Main Library in handcuffs after graffitiing "fuck uni, drop out" on the roof. 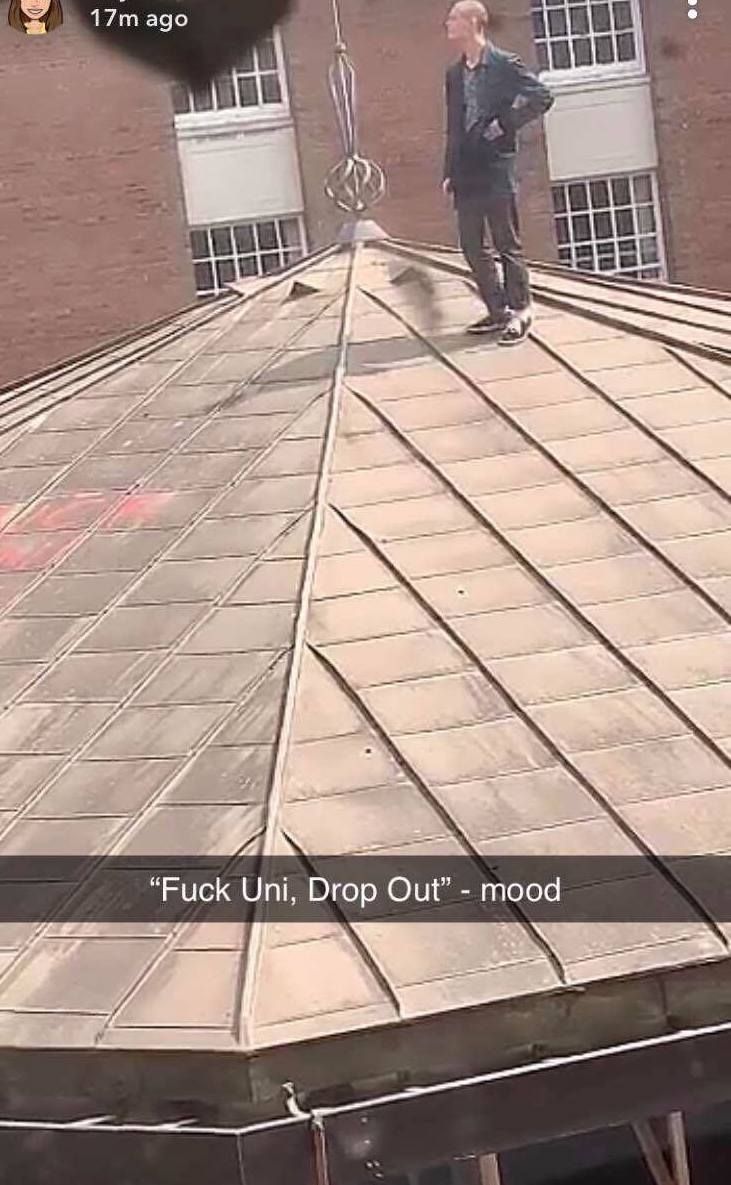 Witnesses report seeing the student spray-painting the message onto the roof, although the events leading up to the student's arrest are currently unclear.

Footage of the student being escorted off campus is on The Manchester Tab Instagram story. 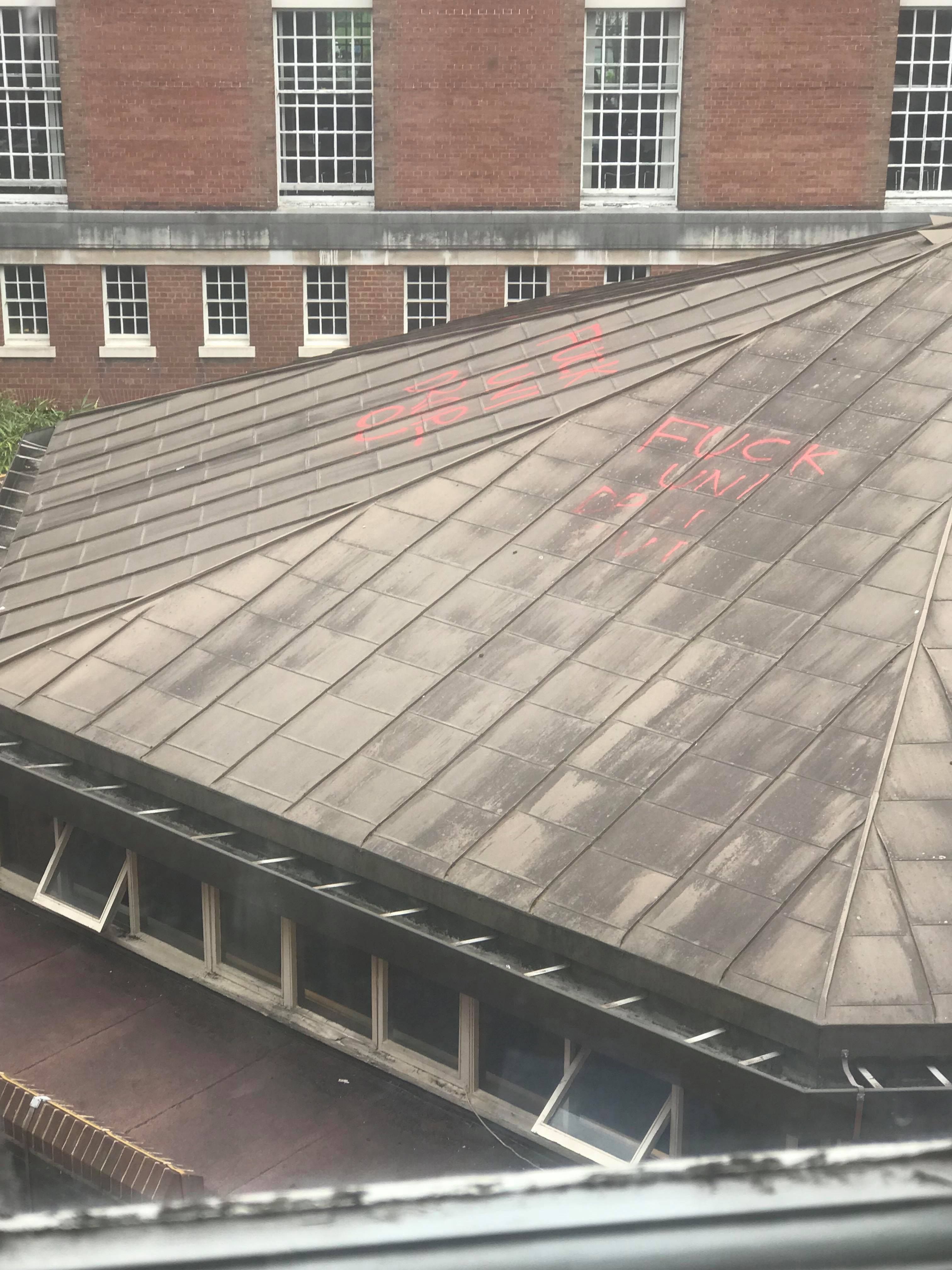 Third year Theology Philosophy and Ethics student, Sophia Bingham, reports seeing security staff around the front entrance, and the student in question being escorted out of the library in handcuffs by three police officers.

She told The Manchester Tab: "At first I couldn't really see what was going on, there were loads of security guys surrounding the entrance as I walked in.

"Then I saw him in handcuffs surrounded by three police officers and they left."

Greater Manchester Police told The Manchester Tab "Shortly before 12.15pm today officers were called to Burlington Street East to reports of a man on the roof of a building.

"Officers attended and a 22-year-old man was arrested on suspicion of criminal damage. He remains in custody for questioning.

The video of the student spray-painting the Library roof is on The Manchester Tab Instagram story.

Salford Uni offers students £1,000 in rent rebate even if they have a private landlord