It was found when getting out of the nap pod

A nursing student at the University of Manchester found a note in the Alan Gilbert Learning Commons telling her: "First you took our jobs, now you're taking our pods. #Brexit Means Brexit".

Charlotte Ronnie Brien found the note had been left on a nearby table while she was using the power nap "pod" at around 8:30am this morning. 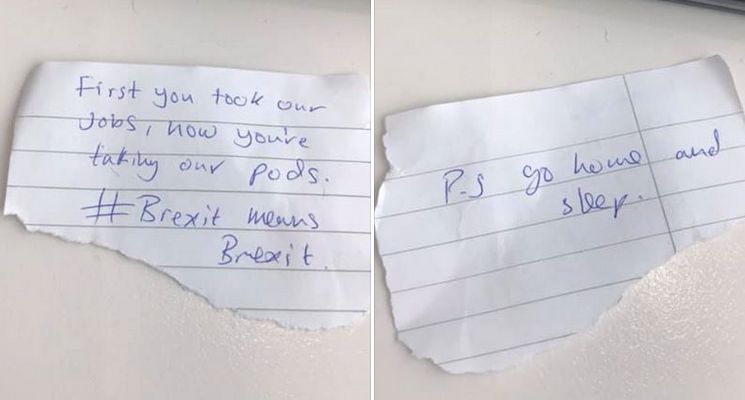 Charlotte told The Manchester Tab she was "shocked" when she first read the note and "so angry" that she ripped it to pieces.

She said: "This university is the last place I’d expect to see anything of this nature, regardless of your political views I like to believe anyone would be disgusted to find something that divides any students from one another.

"We’re all at university for a common goal, to better ourselves through education, and it saddens me that a few people might believe that some students are not deserving of that. This sort of attitude just doesn’t sit well with university values." 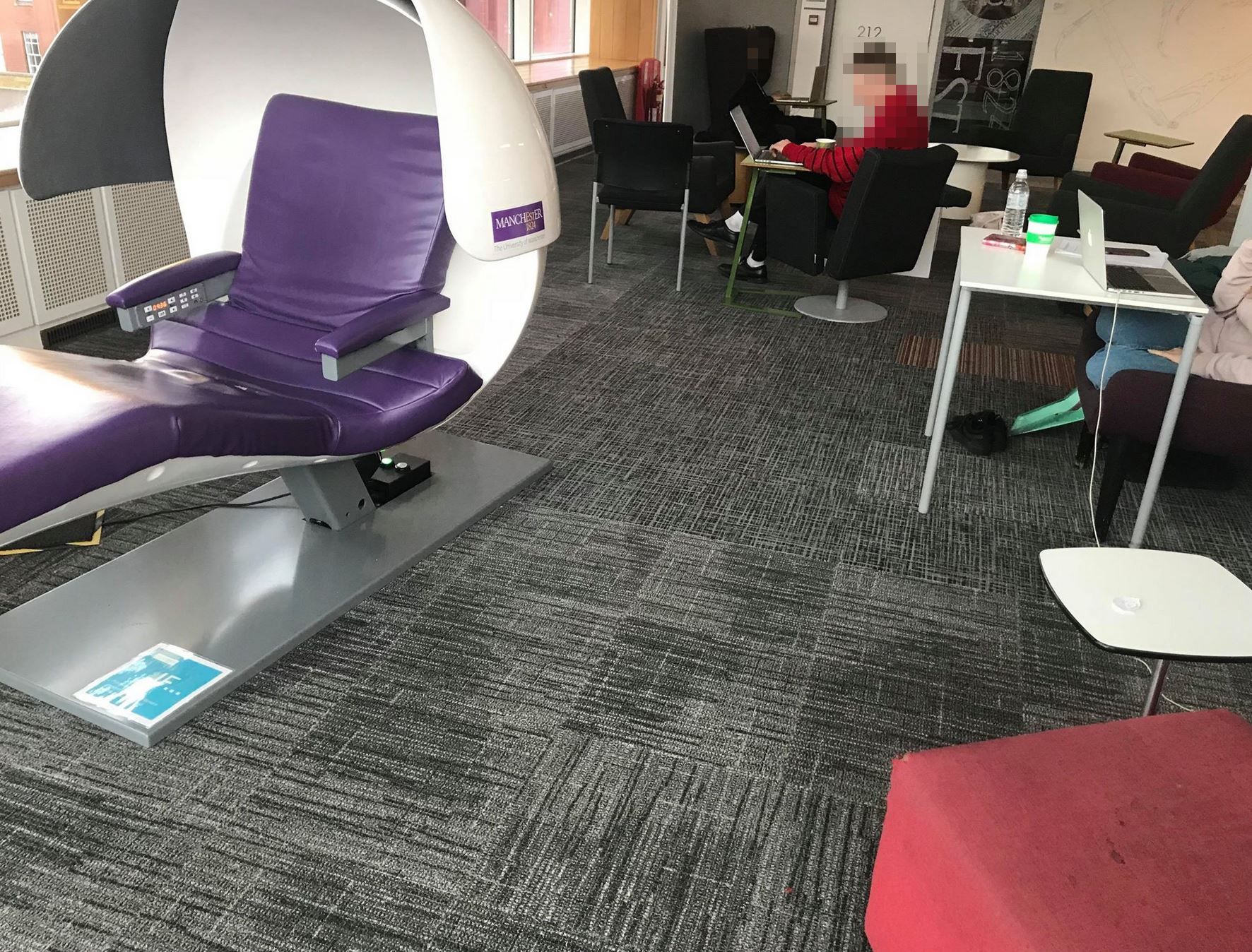 Charlotte found the note had been left on the small table closest to the sleeping pod. She said she thought it was unlikely to be a joke between friends because at 8:30am "the Commons was relatively empty so I would’ve heard a group of friends in there".

Charlotte said she had been up working all night and "needed a quick rest before I carried on. I was only in there the allotted 20 minutes, that’s why the note surprised me even more as it wasn’t like I was in there for hours, not that there’s any excuse." 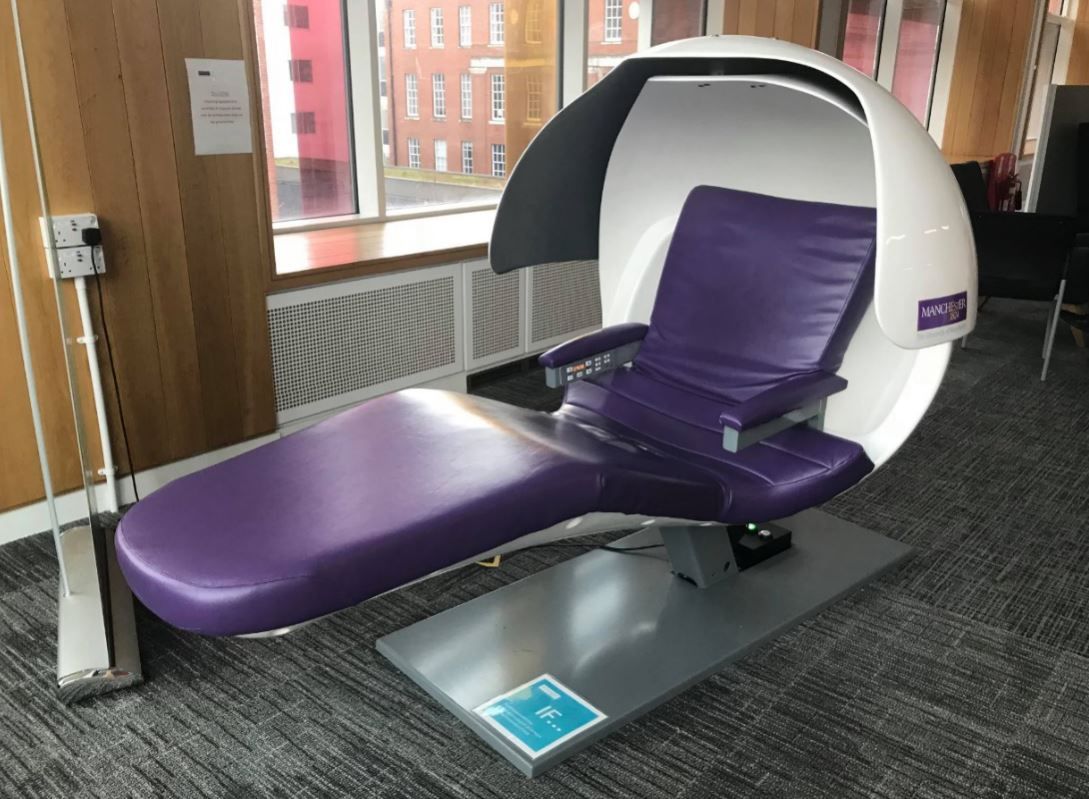 The Telegraph reported the installation of the sleeping pod in May 2015, which provides students a timed 20 minute power nap with ambient music and lighting.

In a Facebook post, Charlotte said that while the note "probably wasn't aimed at me mainly because I'm a Mancunian" and "whoever did this is vile".

She addresses the author of the note: "If they took your job sweetheart, you probably just weren't good enough". 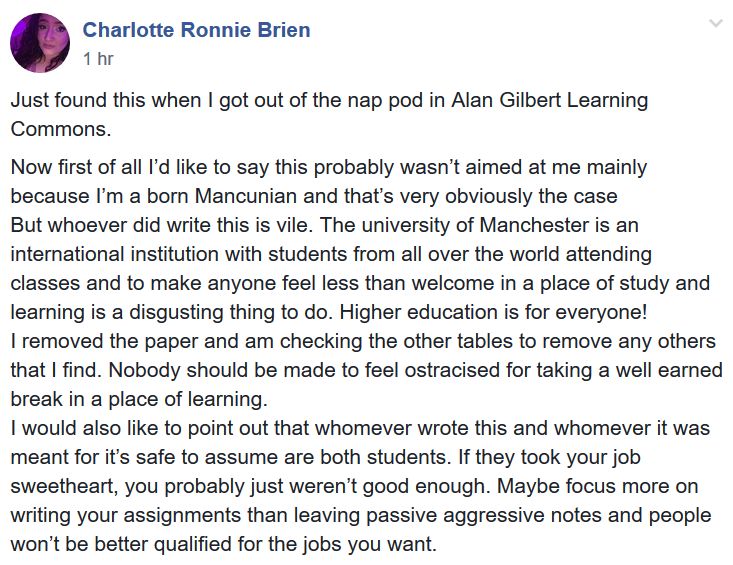 Riddi Viswanathan, Students' Union International Students Officer for 2018/19, told The Manchester Tab: "As much as humour and fun is necessary in our lives, a joke shouldn’t be demeaning, disrespectful and discriminatory.

"From the comments on the group, it is clear that students’ intentions are not to discriminate against foreign students but this kind of behaviour is simply unacceptable. Despite trying our best to enhance awareness around ‘micro aggression’ and ‘xenophobia’, it hurts me to see some students leave such notes, without reflecting on the reciprocations their irresponsible actions have on other students, themselves and the university.

"In general, I have seen xenophobia increase a lot in universities. I can quote multiple incidents recently to reiterate my statement. It’s about time UK universities take xenophobia seriously and work on tackling and erasing xenophobia from campuses. Universities have the duty to ensure their campuses are safe to students from all backgrounds."

A University of Manchester spokesman said: “Library customer services are aware of this incident and will be checking for any further activity.”