The council are threatening to lock the park gates

Residents of South Manchester are outraged after Platt Fields was left covered in litter after the annual 420 celebration on Wednesday.

After masses of weed smokers took to the park in Fallowfield on Wednesday afternoon, the debris left behind is staggering. 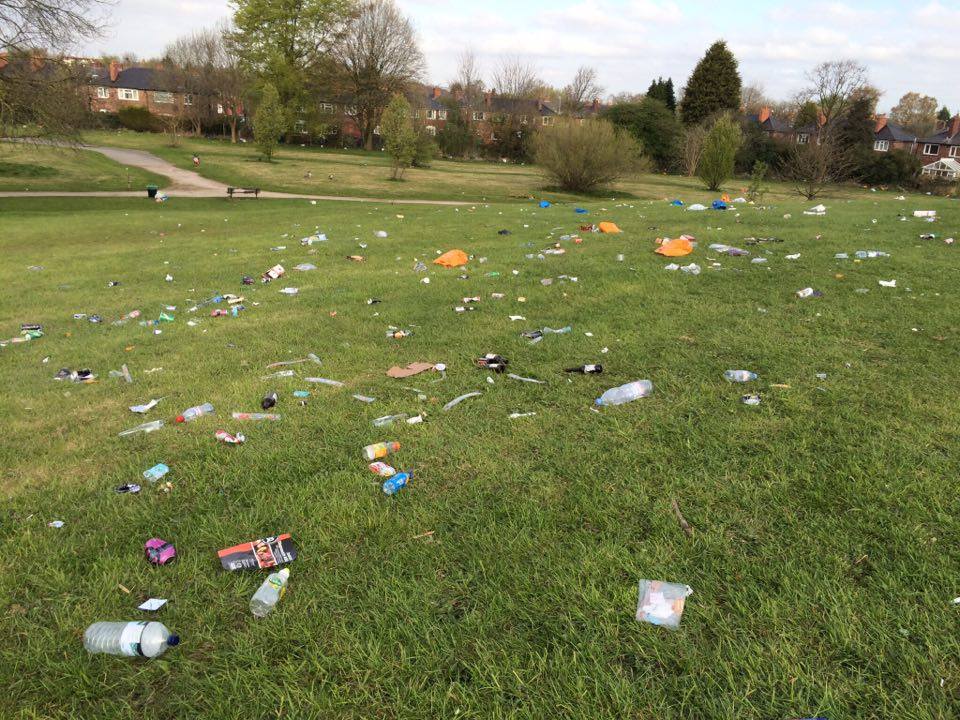 The gathering famously takes place every year on the 20th April, and with the excellent weather, this year was no exception.

Thousands celebrated by getting high together, but left behind hoards of litter for the council to deal with.

Angered residents took to Facebook to seek a solution:

This was posted on the South Manchester Student Resident Action Group

Rachel Symons, third year Medical Biochemistry, who wrote the post looking for answers, told The Tab: “It’s our responsibility as students and members of the Fallowfield community.

“It’s disappointing because we’re supposed to be the better educated among society and it just shows a total lack of thought for the environment (i.e the ducks and swans etc.) and members of the public wishing to use the park with their children.” 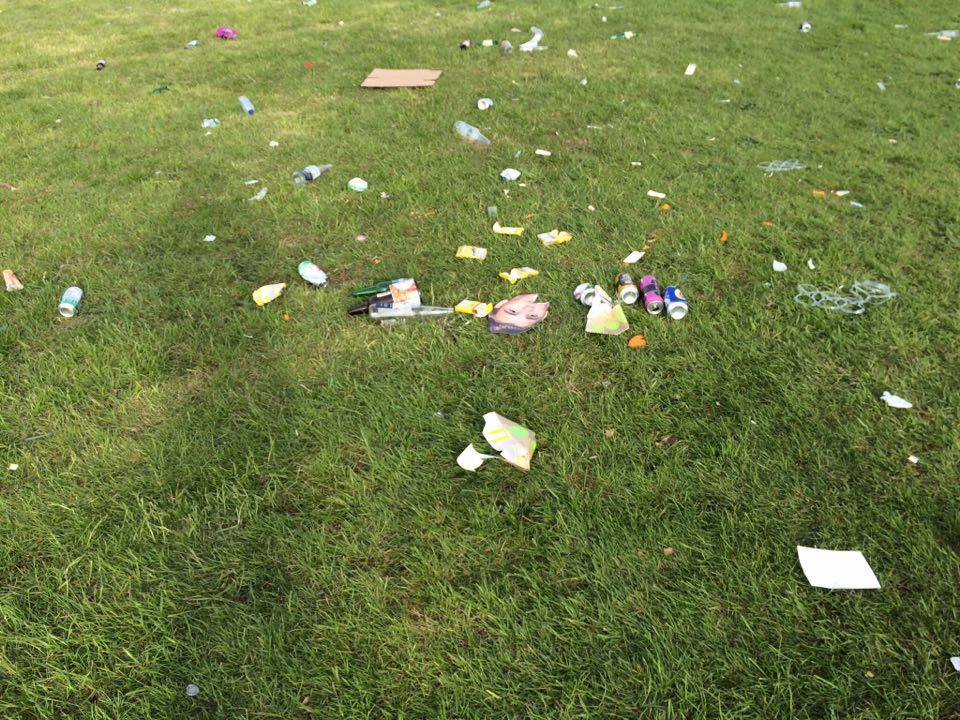 The whole park is covered with litter

“Also it’s just going to increase the number of rats and vermin in the area because of all the rubbish.

“I spoke to some bin men from the council who were emptying one of the bins this morning and they said if it continues, the council will just close the gates on Platt Fields.” 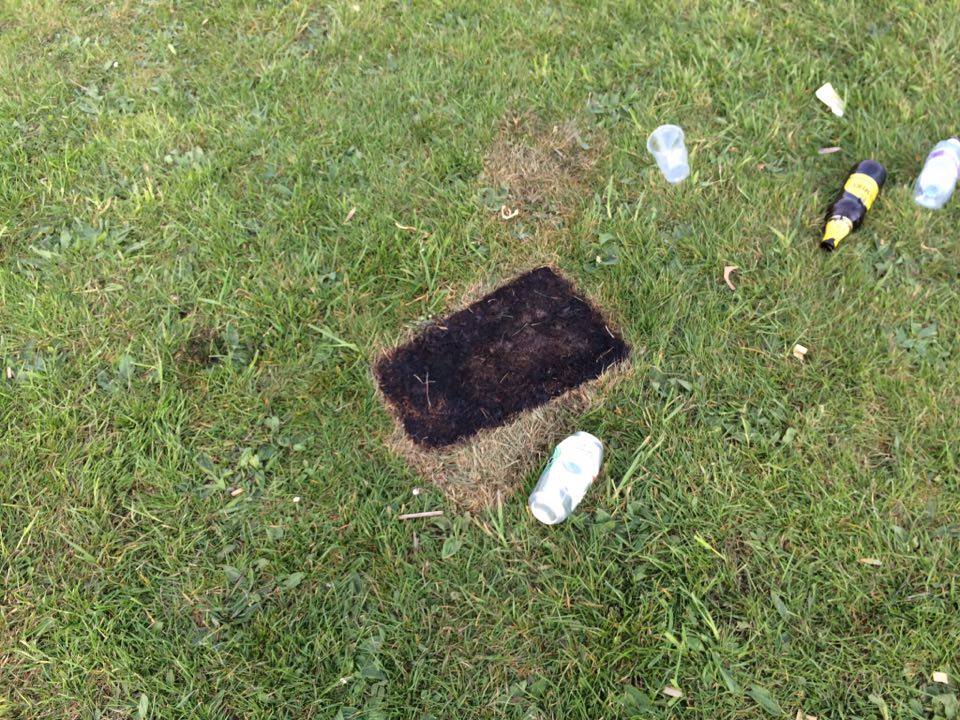 Portable barbecues have scorched the grass

Harriet Pugh, Community Officer for the Manchester Students’ Union said: “At the University of Manchester Students Union, we are committed to ensuring that our students are able to enjoy our surrounding communities and we encourage students to take care of the local area.

“A lot of our students live in and around the Platt Fields park area and have been upset by the lack of care demonstrated by community members following an impromptu 420 gathering.” 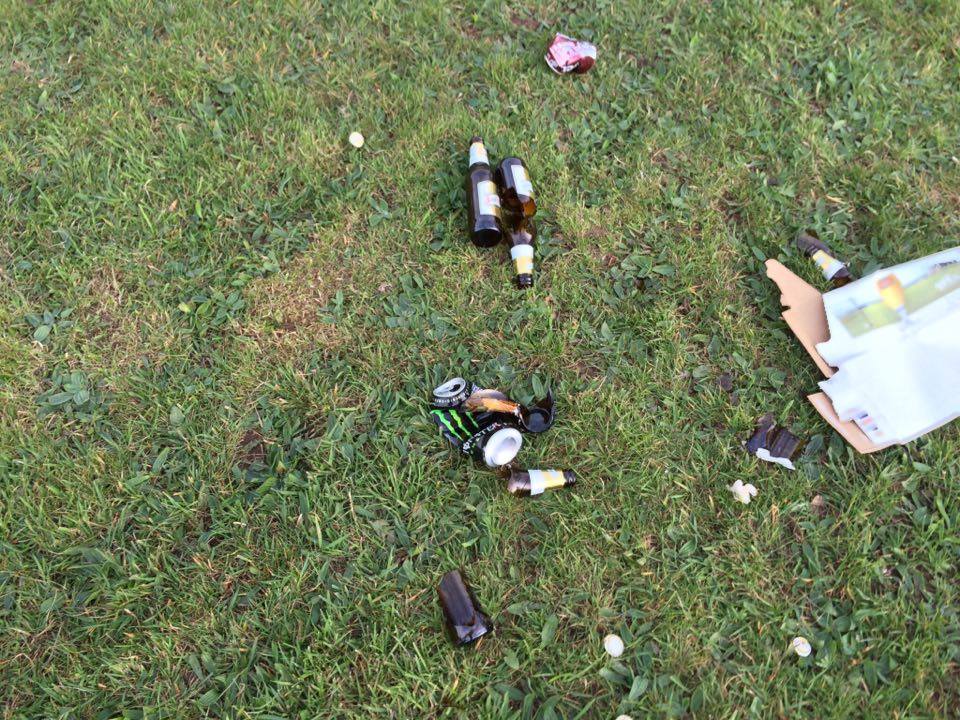 “Unfortunately, a continued repeat of such instances may result in the closure of the park, which would impact negatively on students and long term residents in this area.

“We hope to support the Council in a more proactive approach to making sure our public spaces remain clean and clear for residents’ enjoyment.” 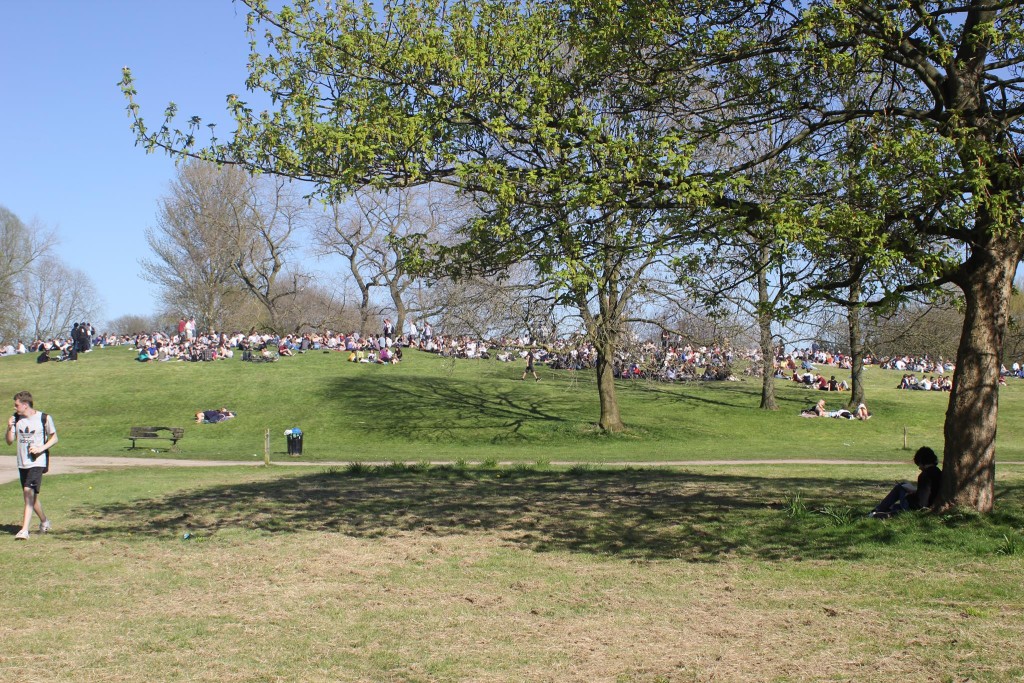 Second year Geographer, Florian was at Platt Fields for the celebration, he said: “It was a really sick couple of days. The turnout compared to last year was nearly three times the size.

“It’s nice to see such a large group of people come together and spark on the hill and for everyone to be chill. We made sure we picked up our litter but I did see a lot left behind which angers me because they are giving events like these a bad name.”

It seems as though there is a risk that the park will be closed due to its misuse.

It is rumoured that voluntary groups will be teaming up to tackle the sea of mess in Platt Fields Park, in order to relieve the community of this task.

The Tab contacted the council, however they were unable to give a comment, although a clear-up of the park has been requested.