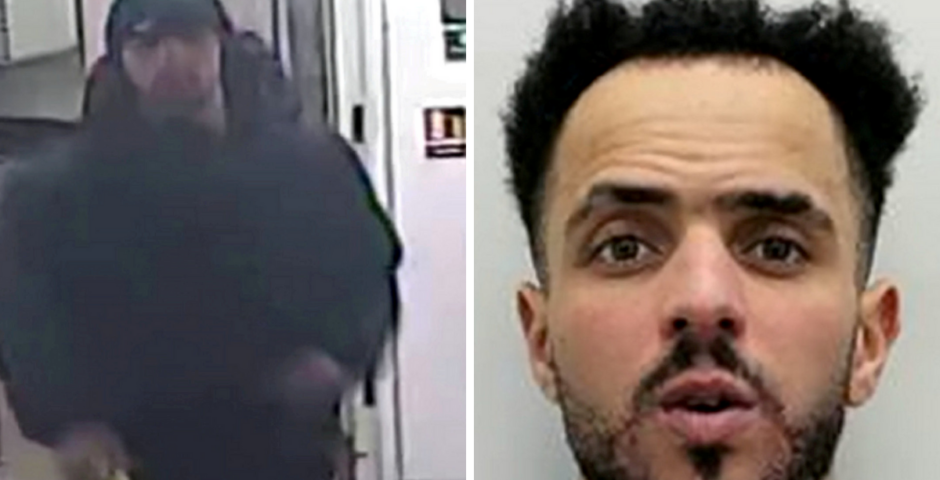 Man charged with murder of London uni student at her accommodation

The Metropolitan Police have charged 22-year-old Maher Maaroufe with the murder of 19-year-old Sabita Thanwani at Arbour House, a private student accommodation in Clerkenwell.

Maaroufe, a Tunisian national “of no fixed address,” was arrested by the police on 20th March.

He is believed to be in a relationship with Sabita at the time of her death, and is facing an assault charge of an emergency worker in addition to the murder.

The victim’s family paid tribute to the first-year psychology student at City, University of London through a police statement, saying they hope “there will come a day when girls and women are safe.”

#CHARGED | Our detectives have charged a man with the murder of 19-year-old Sabita Thanwani who was found dead in #Clerkenwell on Saturday.

22-year-old Maher Maaroufe is due to appear at Highbury Corner Magistrates' Court this morning. https://t.co/BBOXSoDTjZ

The police were called to Arbour House in the early morning of 19th March to find Sabita “suffering serious injuries.” She was sadly pronounced dead on the scene, and a post-mortem examination on Monday 21st March concluded the cause of death as “sharp force trauma to the neck.”

Her family said in their tribute of her: “Sabita Thanwani was our daughter. Our angel. Her life, that we hoped would be long, was cut tragically short. She was ripped away from those who loved her so very dearly; her mum, dad, brother, grandparents, extended family and friends.

“Her mission was to help everyone. She was studying psychology at City University to make this happen. Her whole life was ahead of her, a life where her radiant smile and incredible heart could only spread warmth and kindness.

“We can only pray that lessons will be learnt and that somehow, there will come a day when girls and women are safe.”

Students who knew Sabita are also organising a vigil on 29th March “as a form of respect to her” and to “show our position in the fight against male violence against women.”

It will be held outside the Tait Building at City, and attendees are encouraged to wear pink, which was Sabita’s favourite colour. 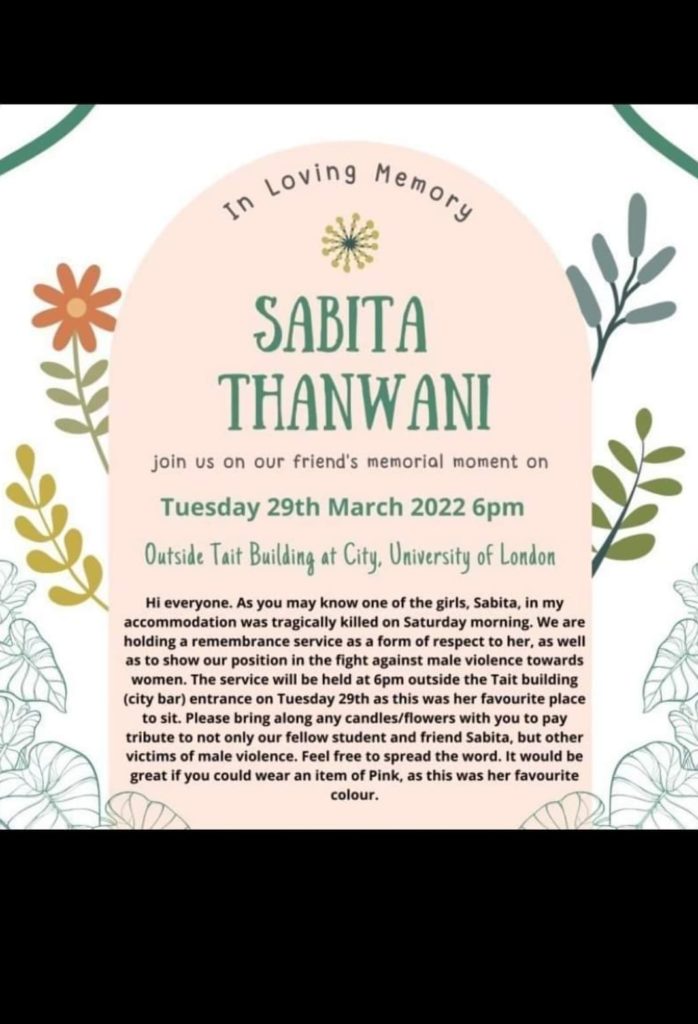 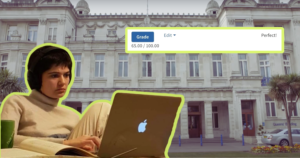 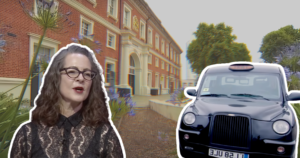 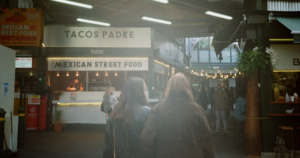