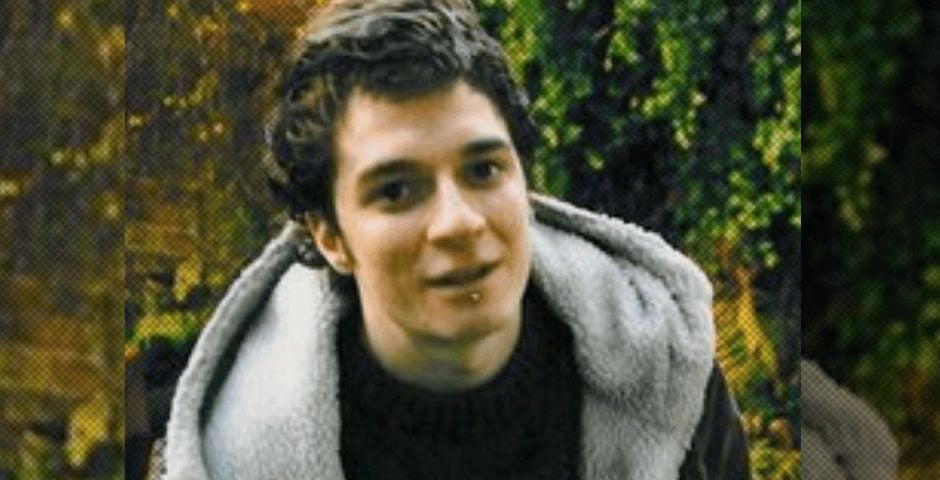 10 years ago a Leeds student was murdered in his Hyde Park bedroom. This is the story of what happened

Joe Cook was just 20 when he died in Ebberston Terrace

This September marks the 10 year anniversary of the murder of Joseph Cook, a Fine Arts student studying at Leeds Beckett, who was stabbed to death during a burglary at his Hyde Park student house.

Joe was about to start his second year of university and had a large circle of friends in both in home town in Newcastle, and Leeds. He was known to love student life, writing on Facebook: "I live in Hyde Park and love my trippy room I've painted."

Over the August Bank Holiday in 2009, Joe Cook was living alone. His five housemates had not yet moved into the student house, when serial burglar and drug addict Gareth Brear broke in through the basement window.

At 11.46am that Sunday morning, Joe sent a message to his friend saying: "There’s someone in the house." Shortly after, Brear found Joe in his room and stabbed him 15 times with a kitchen knife.

Joe's body was discovered the next day after neighbours called police when they heard an alarm at the house. He was found on his bed wearing nothing but a dressing gown and boxer shorts.

A post mortem revealed he had died as the result of multiple stab wounds. Detectives also found traces of Joe’s blood on light switches and drawer handles in almost every bedroom in the house. The evidence confirmed Brear had carried on with his burglary after the attack.

All that was taken from the property was a BMX bike, which Brear sold for just £10 the following day.

It took police almost a month to identify Joe's killer, and Brear was arrested after staff at a homeless project in Leeds became suspicious when he repeatedly mentioned the murder to a support worker.

A subsequent search of his girlfriend's flat in Royal Park Terrace, where Brear had been staying, revealed a pair of trainers stained with Joe's blood. 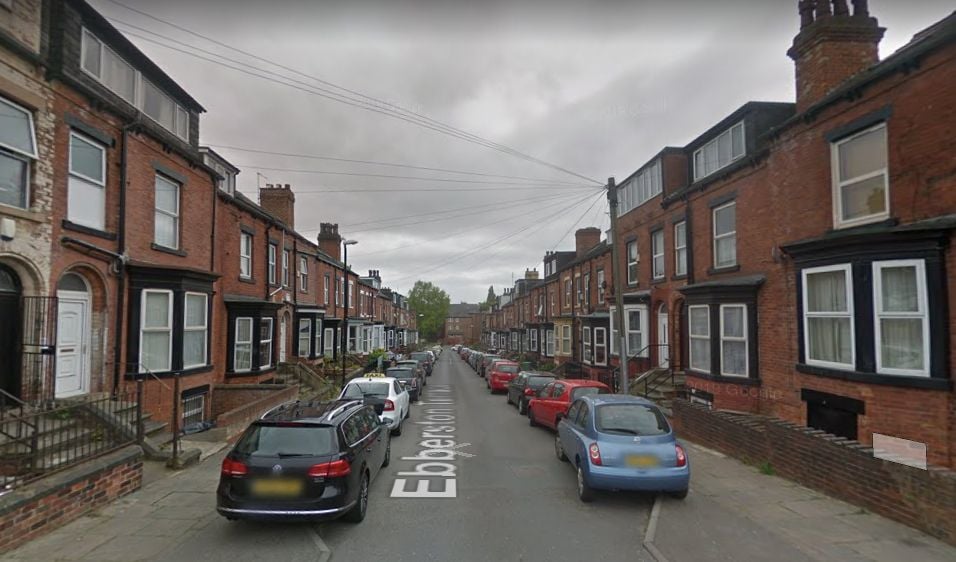 Ebberston Terrace in Hyde Park, where Joe was living at the time of the murder

When interviewed in connection with the murder, Brear said he had no memory of what happened that night.

"The night that the lad got murdered I was very drugged-up and very drunk," he said.

Detective Superintendent Bill Shackleton of West Yorkshire Police said: 'It is clear from the evidence that Brear was under the influence of drugs and alcohol and launched a violent attack on Joe when he encountered him in the house."

He said Joe's small size meant it was highly unlikely he offered much resistance, adding: "The violence used by Brear was completely unnecessary and unwarranted."

"His criminal lifestyle and drug and alcohol abuse made for a deadly combination which cost an innocent young man his life."

Upon sentencing, Joe's killer was jailed for life with a minimum term of 26 years.

Who was Gareth Brear? 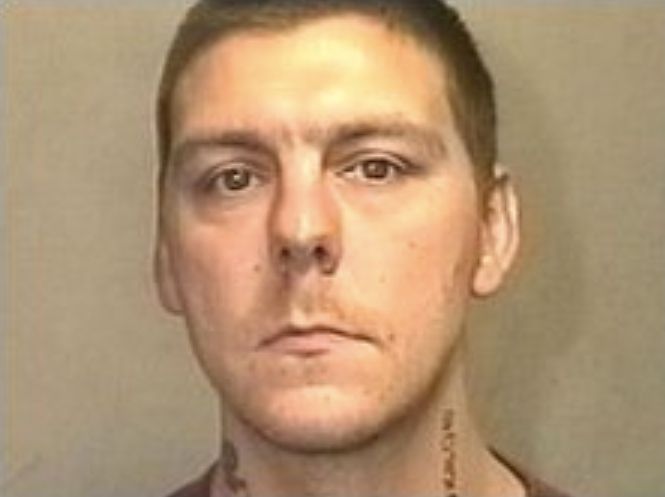 Gareth Brear grew up in foster care after losing his mother to cancer when he was nine years old. While living in local authority homes, Brear became familiar with a life of burglary, drugs, and prostitution.

He committed his first criminal offence in 1995, racking up a large record of convictions in his mid teens.

In February 1998, he was convicted of affray after visiting a neighbour's house with a Stanley knife. Once inside, Brear warmed the blade with a cigarette lighter and held the knife to his neighbour's throat whilst urinating on him.

Just nine months later, he was given his first custodial sentence for a house burglary and spent time in a young offenders’ prison.

At the time of Joe’s murder, Brear was taking a large dose of prescribed methadone. He was also addicted to heroin, funding his addiction through crime and his girlfriend’s prostitution.

Brear was known to target the student area of Hyde Park for burglaries, aware that many of the large terraced houses had been made into student homes which were often unoccupied during the summer.

Having been in and out of jail for most of his life, in 2010 Brear was finally sentenced to a lifetime behind bars.

The aftermath of Joe's death

Shortly after Brear's sentencing, Joe's parents, Nick and Lesley Cook, made a statement saying they would forever be haunted by the way in which their son had died.

"Joe was not in the wrong place, at the wrong time", they said. "He was in the right place, in his bed, in his room, in his student house. He should have been safe."

They added: "Joe never knew violence, he had never been in a fight, Joe could offer no provocation, he had no defence. Our gentle Joe had no hope against a murderer determined to stab him to death."

Upon news of his death, Joe's friends planned a party at Newcastle's Hancock pub in his memory. More than 600 people attended his funeral. 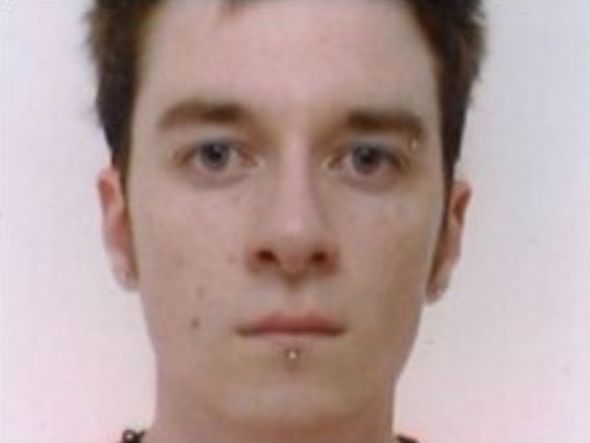 Joe was described as "gentle" and "loving"

The murder of Joe Cook sent shockwaves through the student community in Hyde Park.

Greg Mulholland, then MP for Leeds North West, sought to address the issue of criminals directing targeting the area due to its large student population.

Following the murder, he said: "I would like to offer my sincerest sympathies to the family and friends of Joseph after his tragic death.

The loss of someone so young is always very difficult to come to terms with, especially in circumstances such as these.”

10 years on, The Tab Leeds spoke to Mulholland about how Joe's death affected the community and if he thought enough had been done to prevent an attack like this happening again.

He told us: "Ten years ago, the whole community in Leeds was shocked and appalled by the senseless murder of Joseph Cook.

[Now] ten years on, Joseph will be rightly remembered with love and fondness, as well as with ongoing sadness.

Part of his legacy has been the way the universities, police, Safer Leeds, and Crimestoppers have organised campaigns to make students aware of the risks of crime – including burglary – and all that can be done to keep communities, and students, safe."

He stated that as he was no longer an MP, he couldn't comment on actual crime figures, but assured us that real efforts had been done to make LS6 safer in the last ten years.

Want to write stories like this? Join The Tab Leeds now. Get in touch via DM @thetab_leeds on Insta or The Tab Leeds on Facebook. 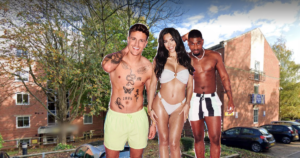 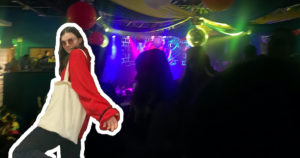