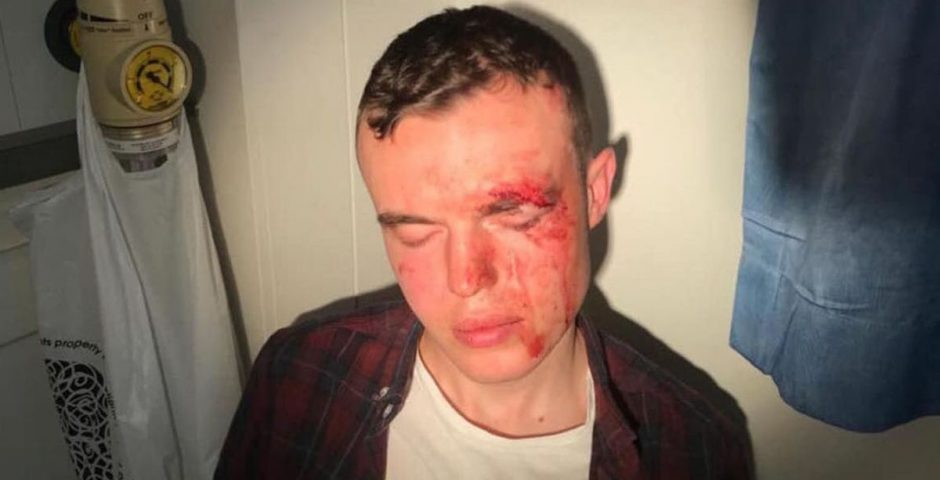 A double amputee Leeds student was assaulted by a bouncer at Headrow House in the early hours of Tuesday morning.

George, 19, was knocked unconscious after he was chucked out of the club, claiming this was after "spilling a drink" on someone inside.

He says he fell over as he was chucked out and was "knocked unconscious" as well as suffering a deep gash to his brow bone.

Police were called to the scene at around 3.15am after a report of a male being assaulted in the area. Medical students tended to George whilst they waited for the authorities to arrive.

The authorities have confirmed an inquiry into the incident is underway and the doorman has been sacked by the security company used Headrow House. 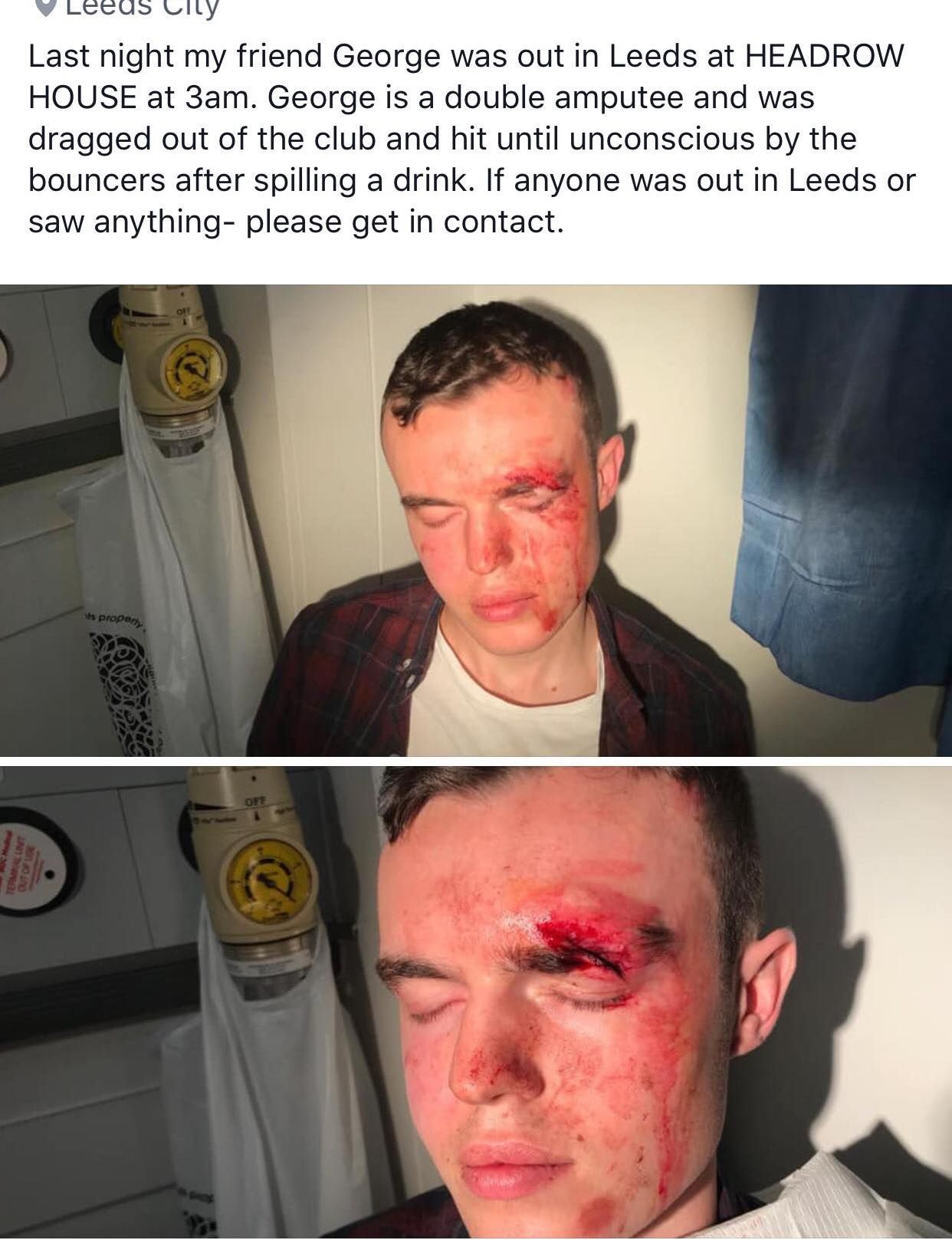 Speaking to the BBC, George said he was grabbed and "forced" down the stairs by the doorman without a warning and that he thought it was "poor" of the doorman to not even "try and help" him once he was injured.

George, who had his right arm and right leg amputated after a lawnmower accident when he was 16-months-old, said: "Someone knocked me from behind and I dropped my drink.

"The bouncer came straight over and he never gave me a warning, he just grabbed me and was forcing me down the stairs.

"I can't remember much, but witnesses said he punched me and knocked me down to the floor.

"He didn't even try and help me, which I thought was very poor." 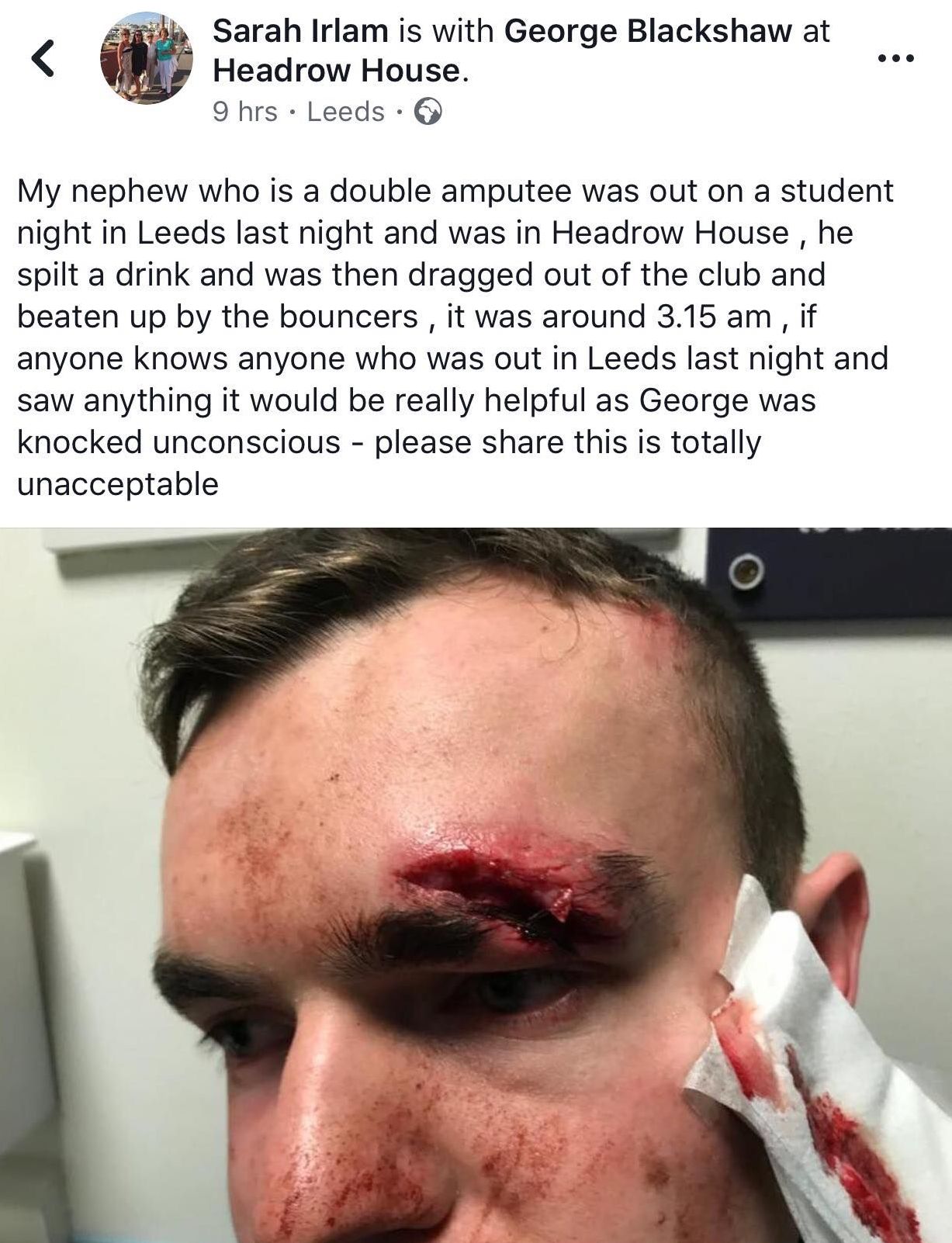 Zoe said: "I was there with a few of my friends outside when I turned round and saw George coming out of Headrow House.

"He was stumbling as though he had been punched and the bouncer was really close behind him.

"The bouncer lifted his hand up and hit him on top of his head and George went down on the pavement and his head split open.

"We were trying to get him in the recovery position – the bouncer went back inside and we didn't see him again."

Headrow House have made two statements via Facebook regarding the assault, the first one acknowledging the incident and the second confirming that Showsec International Ltd, who are their security provider, have dismissed the doorman from his duties following the incident. Headrow House also issued a further apology to George on Twitter. 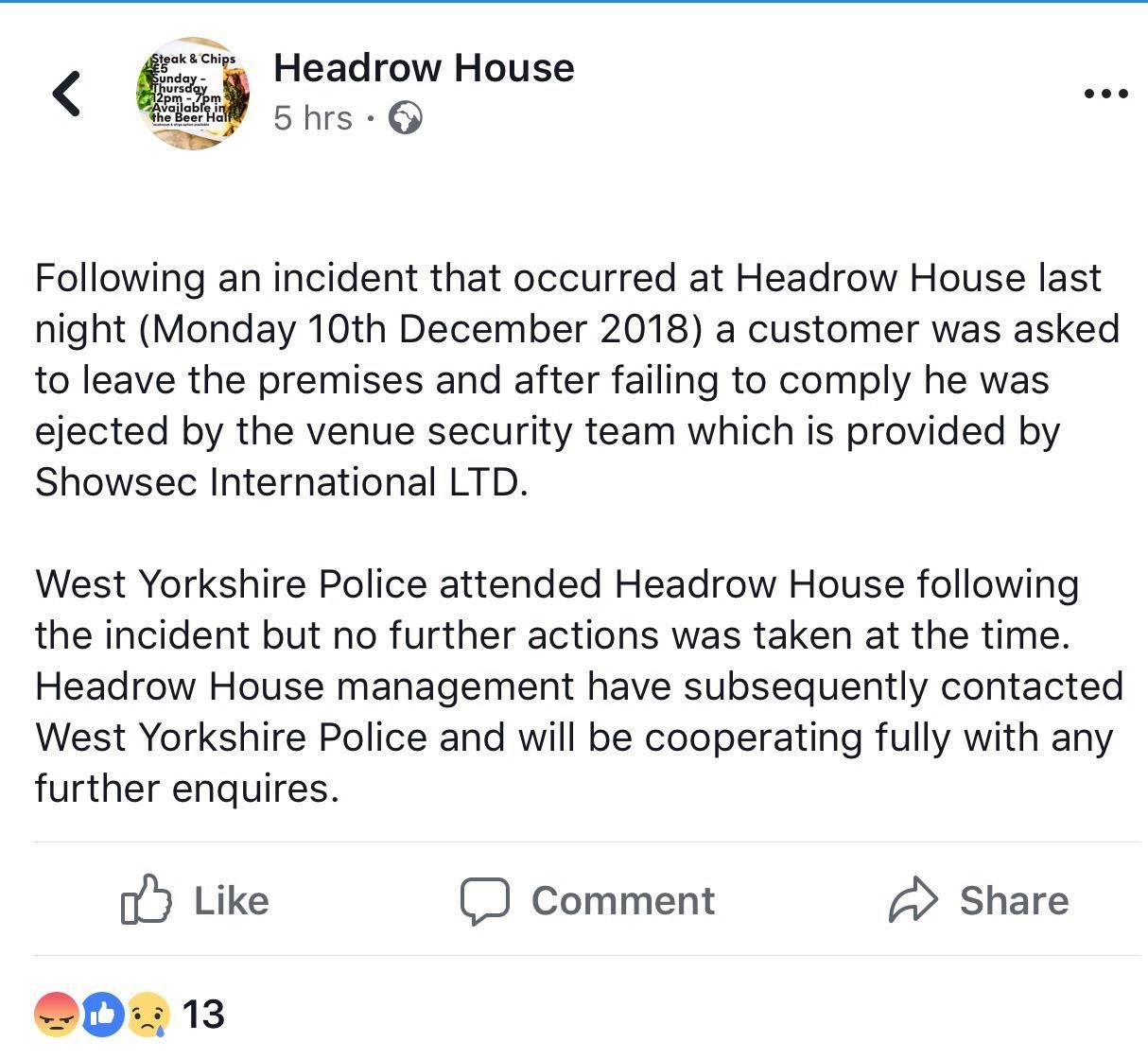 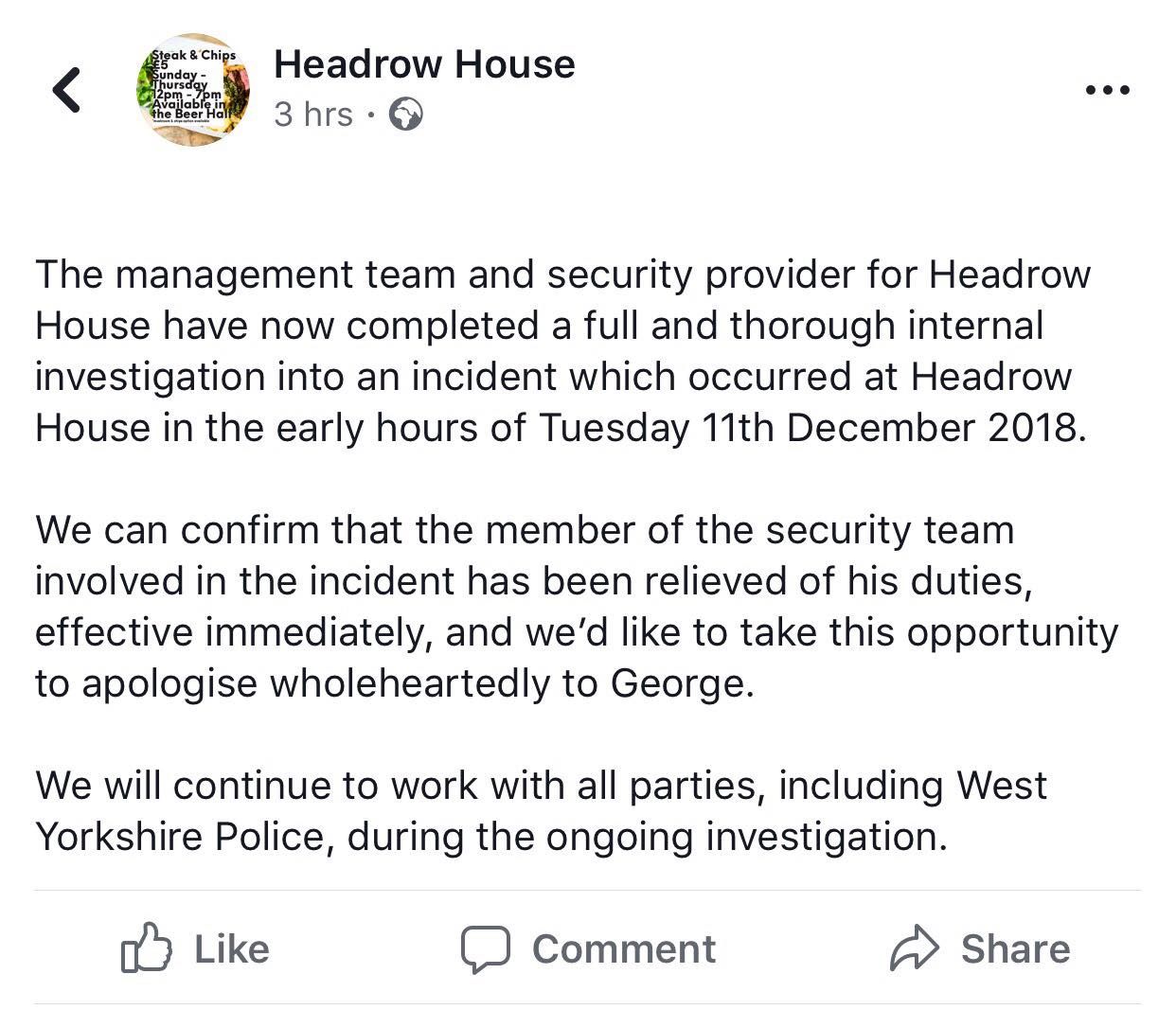 We can confirm that the member of the security team involved in the incident has been relieved of his duties effective immediately and we’d like to take this opportunity to apologise wholeheartedly to George. (2/3)

The Leeds Tab spoke to George about the incident, who said he didn't want to talk about the attack in any further detail and wants to "forget" about it. We wish George a speedy recovery.