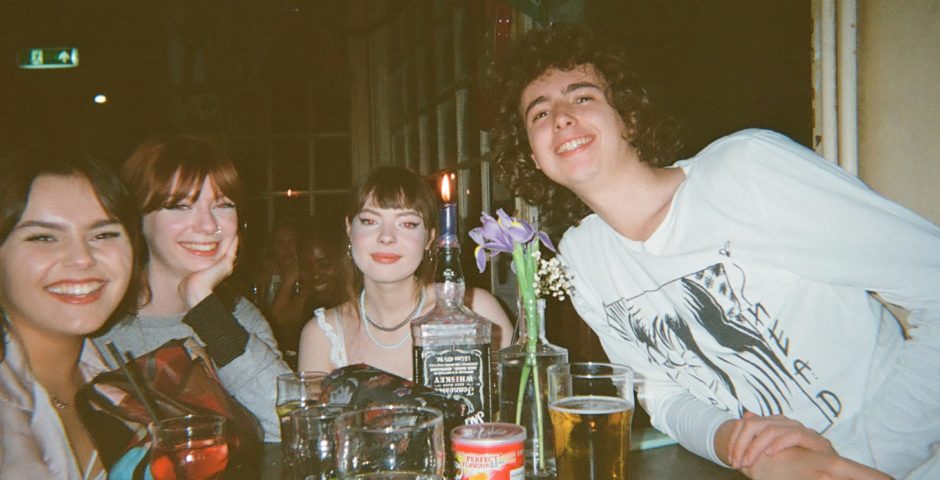 If Ask for Angela doesn’t work, what can be done for women’s safety?

After a year unlike any other, freshers (both new and delayed) are raring to make up for lost time. However, it’s been an anxiety-inducing year to identify as a woman. From Sarah Everard’s death at the hands of a Met officer to over 2,600 students believing they’ve been spiked since the beginning of term, it can feel like there’s no end to the lack of safety for women.

The Ask for Angela scheme is a safety initiative by the Met and the Mayor of London through which people who feel unsafe or threatened at a venue can discreetly request help by approaching a staff member, and asking them ‘for Angela.’ This code phrase alerts staff that assistance or support is needed. A recent Metro article examined the Met’s Ask for Angela scheme, putting its effectiveness and staff training to the test, and found that despite being around since 2016, staff are not always trained on the scheme. This is an issue I have personal experience with: a restaurant I worked at had Ask for Angela posters in the toilets, but staff never received the necessary training about what to do if somebody asked one of us for Angela.

So what happens when no one actually knows how to use the systems built to protect us? The Tab King’s spoke to students about the Ask for Angela scheme and their suggestions for women’s safety. 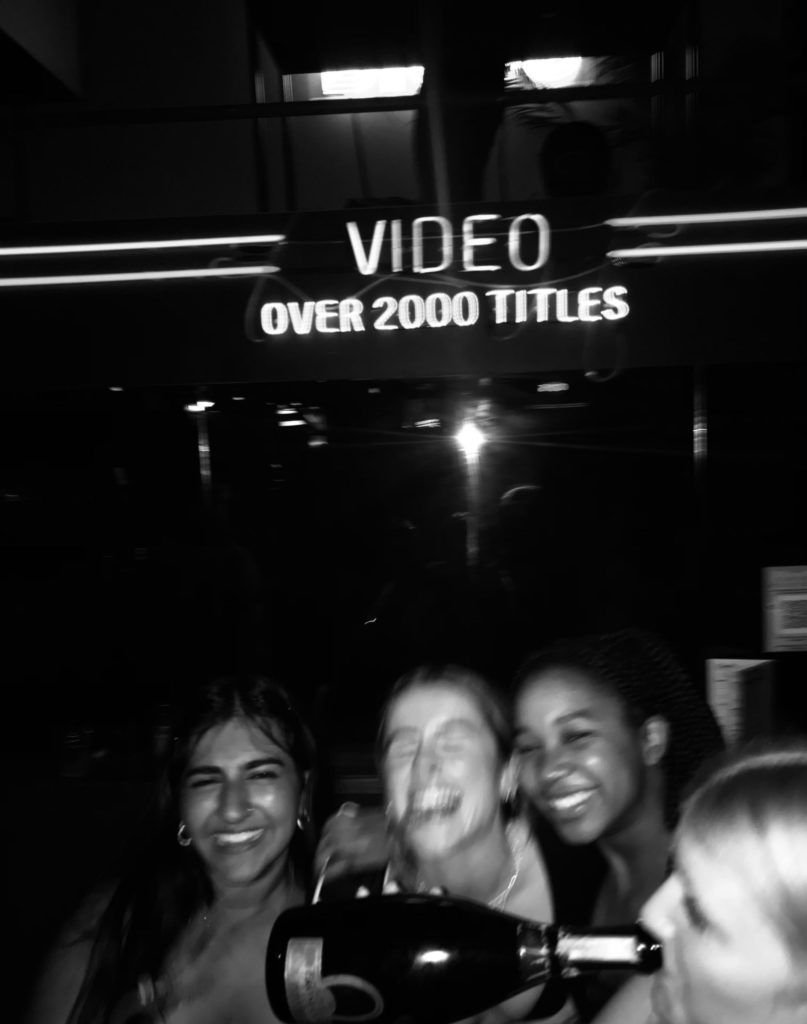 India, a third-year English student, told the Tab King’s that she wouldn’t feel comfortable asking for Angela if the bartender was male. “This may be a generalising sentiment, but far too many cases of spiking and harassment have involved male staff members of bars and clubs,” she said.

In a survey by The Tab King’s, 87% of students had heard of Ask for Angela, but 45% of students said they would not use this initiative in a dangerous scenario. Reasons for this ranged from “fear of being a burden” to being “unsure of how the bar staff could help.” Only two participants said they felt bar staff receive enough training to prevent dangerous situations and protect women on nights out. Reading through online reports of alleged drink spiking incidents, The Tab King’s also found that multiple students cited fear of male bartenders as a reason that they wouldn’t participate in the scheme.

Speaking on her general safety on nights out, India said, “I remember from my very first night out, the constant lectures from those around me. My parents and friends’ parents would preach to me to be wary: never leave your drinks unattended, make sure you’re never on your own, and never leave with a stranger.” She went on to talk about how the issue isn’t exclusive to clubs but permeates “any instance where I’m just going somewhere by myself – there’s always an apprehension for my safety as a woman, in any aspect of my day.” 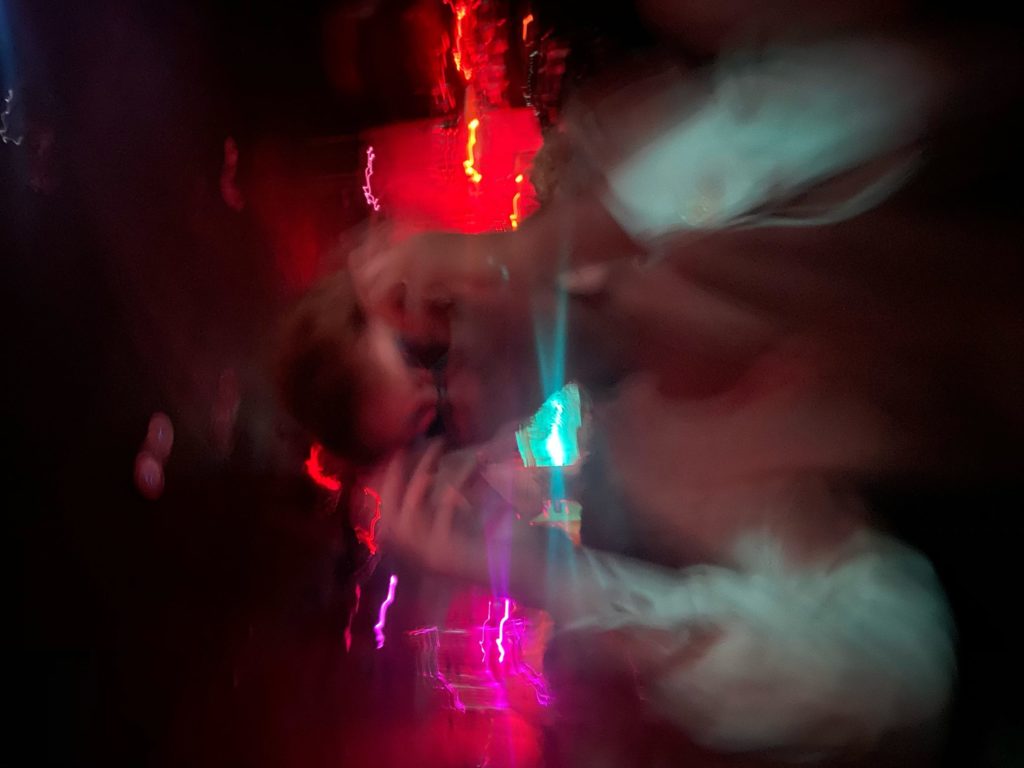 Rebecca* spoke of venues needing “more training to recognise spiking, with a safe place for people to go if they believe they’ve been spiked. Some club nights are implementing similar ideas. They provide spaces for guests who just need to ‘take a moment away from the dancefloor.’ I see no reason why big clubs– particularly those with a large student customer base– cannot have a room for those needing to ground themselves, seek first aid or advice.”

Anti-spiking measures such as bottle stoppers and drink lids have been readily available for years, with some clubs even providing these free-of-charge; after all, the issue of spiking is not a new one. In a move to tackle women’s concern for their safety, two London clubs, PRYZM and XOYO, have implemented measures seeking to make us feel safer including access to phone charging and welfare training for staff.

When asked about what clubs can do to make young women feel safer, Law student Fran said: “There is a deeper issue of men making women feel unsafe. This is not likely to be solved anytime soon.”

Tougher security has been touted as an easy solution towards women’s safety, however, this negates the collateral effect tougher search powers may have on marginalised groups. “Racial and religious profiling, as well as other prejudices, could become a huge concern,” she said. Even if checks are limited to men, she emphasized the difficulties of regulating these checks and ensuring they don’t contribute to transphobia.

The KCLSU has compiled a list of resources available to King’s students who believe they may have been spiked, which can be found here. The SU has issued the following statement regarding drink spiking: “We would like to remind everyone that the spiking of drinks is an assault: a criminal offence with serious consequences, which could lead to a prison sentence of up to 10 years.”

King’s venues also participate in the Met’s Ask for Angela scheme. The KCLSU has been contacted for comment.

While the Ask For Angela scheme may be unreliable, awareness and community support are essential to women’s safety. Spreading awareness, sharing and utilising resources, and supporting each other– as well as raising your voice towards issues within current safety frameworks– are indispensable in the struggle for greater women’s safety.

When contacted regarding their Ask for Angela scheme, the Met shared this statement:

The Metropolitan Police Service and the Mayor of London have joined together with Safer Sounds, which is part of the Safer Business Network, and licensed venues across the Capital to help keep people safe while enjoying a night out. Many of London’s bars, clubs and other licensed businesses are busy throughout the night, and customer numbers are expected to increase over the August Bank Holiday weekend. In some cases, due to the lockdown, this will be the first time some 18 and 19-year-olds have set foot in licensed premises.

The safety initiative ‘Ask for Angela’ is being rolled out to many venues across London. People who feel unsafe, vulnerable or threatened can discreetly seek help by approaching venue staff and asking them for ‘Angela’. This code-phrase will indicate to staff that they require help with their situation and a trained member of staff will then look to support and assist them. This might be through reuniting them with a friend, seeing them to a taxi, or by calling venue security and/or the police. Venues that support Ask for Angela will also have been given or offered Welfare and Vulnerability Engagement (WAVE) training. Delivered by the Met’s licensing officers and Safer Sounds, it gives staff the ability to help customers who may be in a situation that makes them vulnerable or unsafe. Following completion of training, venues will receive Ask for Angela posters and digital media to display in their premises. So far over 350 frontline staff from over 150 London venues have been trained since the start of August.

Ask for Angela was originally developed by Lincolnshire County Council and adopted by the Met in 2016 as a localised initiative by its police licensing officers. The introduction of WAVE training in 2017 underpinned the delivery of Ask for Angela and more venues began to take on the initiative. Lockdown interrupted its progression but now that businesses are reopening, they are keen to make their venues as safe as possible. The initiative has now been re-energised as a wider campaign supported with enhanced training and broadened to include anyone who feels vulnerable. Organisations can receive WAVE training through the Safer Sounds Partnership or via their local licensing team. The training explores what vulnerability is, how to identify it and appropriate interventions. A range of online assets and webinars are available. You can visit www.safersounds.org.uk/wave to find out more.

Deputy Assistant Commissioner Jane Connors joined Deputy Mayor Sophie Linden and Phillipe Chiarella from Safer Sounds at the Ministry of Sound today (Wednesday, 25 August) to highlight the importance of the campaign to representatives of the licensed business sector and to raise awareness among the public. DAC Connors said: “I am really pleased to see that so many venues are embracing this scheme and I would urge anyone who finds themselves in an uncomfortable situation in a licensed venue to Ask for Angela. “No one should have to put up with unwanted attention or predatory, sexual or violent behaviour. This scheme makes it easier for anyone feeling unsafe or threatened on a night out to access support quickly and discreetly. This might mean reuniting them with a friend they were out with, contacting family or friends, calling a taxi or, if necessary, involving security staff or police.”

She added: “The Met Police is absolutely committed to tackling violence. We want everyone to be safe anywhere in London and be able to go about their business without fear or feeling unsafe.” Deputy Mayor for Policing and Crime, Sophie Linden, said: “The Ask for Angela initiative is a great example of London Councils, the Met Police, City Hall, Safer Sounds, and venues across London working together to deliver real change. “It builds on the success of City Hall’s Women’s Night Safety Charter – which is working to prevent and reduce sexual violence and ensure public spaces are safe at night – and is an important part of our comprehensive approach to tackling Violence Against Women and Girls. “With restrictions lifting and many of London’s clubs and bars open and busy throughout the night, it’s vital we do everything we can to prevent and reduce sexual violence and harassment. The Ask for Angela initiative will make accessing vital support quick and easy for those feeling unsafe or threatened and I would encourage all of London’s night-time venues to sign up.”

Phillipe Chiarella, Programme & Training Manager, Safer Sounds said: “What is clear from the work that Safer Sounds does with licensed premises is that businesses want to tackle vulnerability head on, but staff can be unsure of how to identify a vulnerable person and make an appropriate intervention. Venues who sign up to our WAVE programme ensure their staff are trained and empowered to actively assist customers in trouble and thereby prevent and reduce violent and sexual offences from taking place. “Our revitalisation of Ask for Angela shows that sexual harassment and assaults will not be tolerated in London’s venues. By providing assets for social media, we are encouraging conversations about acceptable behaviour that will have a positive impact on the safety of those who visit licensed premises. “Safer Sounds is committed to being a voice for business on this important issue and to working with the police, Mayor’s Office and councils to ensure that vulnerability is tackled in partnership with venues.”

A spokesperson for the Mayor of London told Metro: “The Mayor is clear that women must be safe, and feel safe, when out at any time of day or night. London’s venues work hard to be safe and welcoming places, and it is vital that staff in venues who have signed up to the Ask for Angela initiative are fully trained and able to sensitively handle any reports they receive. That’s why City Hall will work alongside the capital’s night-time industries and the police to continue to roll out training across London’s venues.”

If you or someone you know has been affected by this story, please head to Drinkaware for more information on drink spiking. You can call Victim Support on 08 08 16 89 111 or find help via their website. Additionally, you can check @ithappensherekcl for King’s specific information regarding staying safe on campus and beyond.

*Names have been changed for anonymity