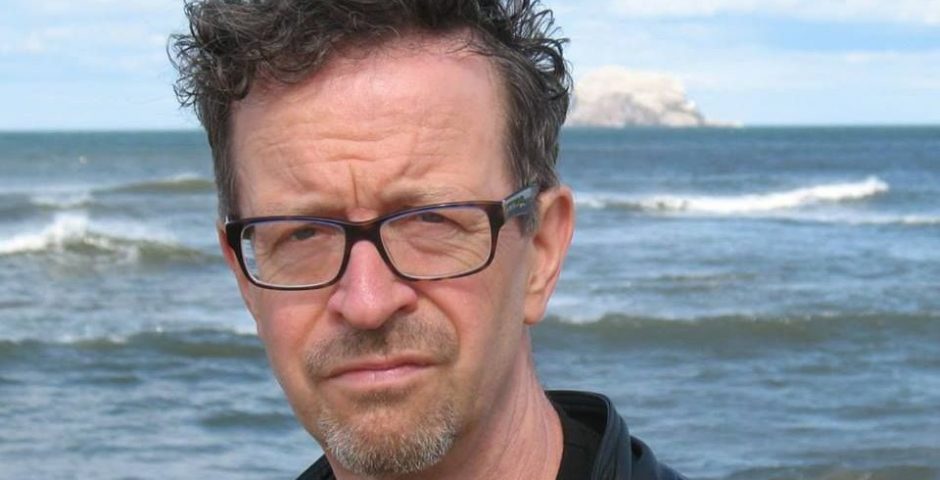 A lecturer accused of promoting pro-Assad conspiracy theories about Syria is “putting Syrian staff and students off” studying and teaching at the University of Edinburgh.

Professor Hayward has denied allegations he is pro-Assad, and says he hasn’t made any commentary on Syria as an academic. 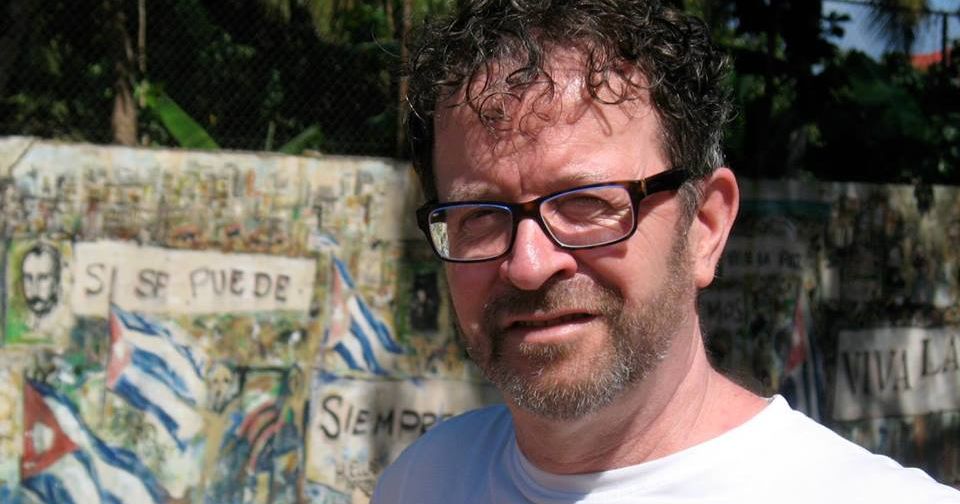 Amer Masri, a Syrian former Edinburgh PhD student who was tortured by Syrian intelligence forces in 2007, told The Edinburgh Tab: "For Syrian students who want to study at the School of Social and Political Science (SSPS), Tim's teachings can be very off-putting.

"Syrian students in other schools probably won't know of his existence. But those who intend to go to SSPS could be put off, or would try to avoid being face-to-face with him."

Professor Hayward has denied allegations he is pro-Assad, telling The Edinburgh Tab: “Like many people far more knowledgeable than myself I have pointed out that there have been unproven and some false allegations made about Assad, Syria and Russia.

“The conspiracy theory tag is a mindless smear applied to anyone who asks awkward questions.”

A PhD student at Edinburgh, who was born in Syria and has been granted refugee status in Edinburgh, told The Edinburgh Tab: "I feel that unfortunately Hayward has a huge presence.

"I feel sometimes I shouldn’t present my own political views because I am not sure with Tim that it is safe.

"Because of Tim I fear – I fear people who argue about my existence.

"I am a refugee also, I’m not just a student. I have a bad experience from the Assad regime.

"I was confused because I couldn’t understand how a person from the free world could accept what is happening in Syria and not just accept it and keep silent, but also engage in an active propaganda group to let Assad survive."

exactly, if people go to YouTube and see any of the interviews with Assad they have to come away with new perspective!

Professor Hayward is a founding member of the “Working Group on Syria, Propaganda, and Media" (WGSPM), a group which claims the White Helmet civilian volunteer force in Syria fabricate video evidence of attacks in Syria.

One post published on Professor Hayward's blog claims there is "zero likelihood" Assad ever carried out chemical attacks on Syria.

While Professor Hayward predominantly writes about Syria on his personal blog, he has also brought his theories to lectures he delivers, particularly in his course "Global Justice and Citizenship". Professor Hayward told The Edinburgh Tab he always poses issues about Syria in classes as questions and doesn’t push a particular view. He also said the allegations in the Twitter thread were untrue.

An email chain sent between between lecturers and communications staff, and seen by The Edinburgh Tab, reveals one Syrian academic expressed concern over the thread’s contents.

One senior lecturer said: "Joey's Twitter thread was forwarded to me by a Syrian colleague with a note of concern.

"She has otherwise expressed a lot of interest in speaking at, or applying to, Edinburgh in the future. This sort of thing would put her, and I suspect others, off." 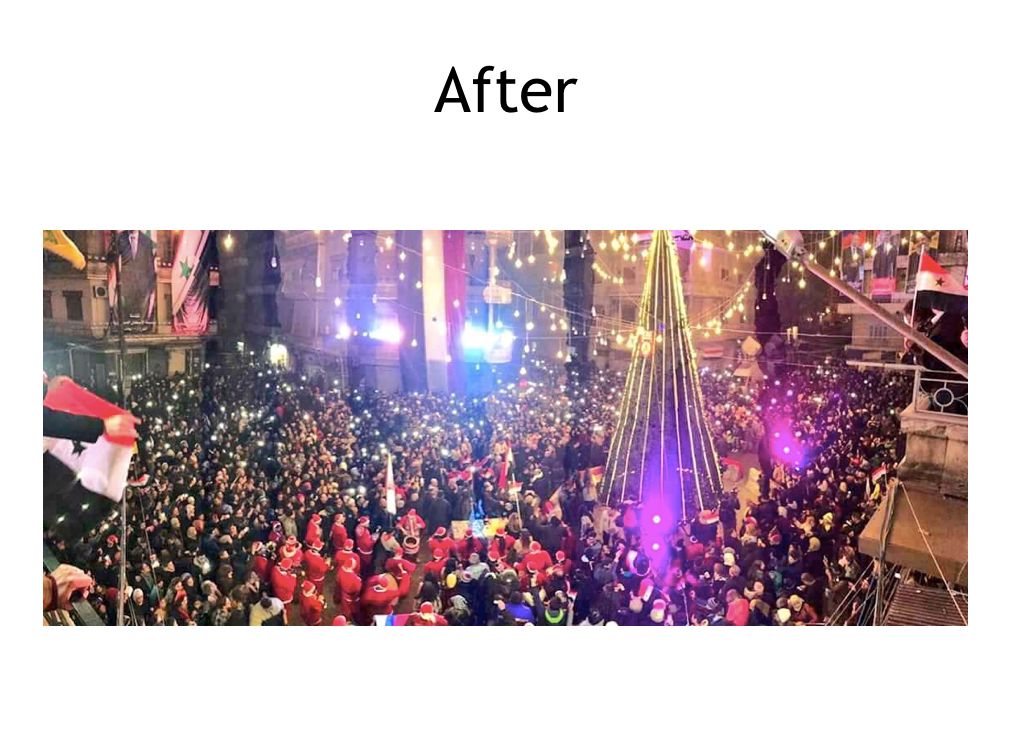 Last year, Joey, the former PhD student behind the viral thread, called Professor Hayward out on his public Twitter account, leading to an intervention from Edinburgh University. Joey was called to a meeting in December 2018 with university staff, who told him his tweets constituted "a form of harassment".

Joey told The Edinburgh Tab: "I completely believe in free speech and academic freedom, but only as long as it is within the limits of not hurting other people.

"Tim is part of a campaign legitimising horrible war crimes and crimes against humanity. It is especially difficult for Syrians themselves to speak because they are still going through it.

"His denial of atrocities I have seen take place live online is extremely painful and he gets away with it."

Dr Thomas Pierret, a former lecturer at Edinburgh University who specialises in Syrian politics, told The Edinburgh Tab: "I saw Tim Hayward's work as shocking on many levels, the most important one being a moral level.

"On a second level I found it extremely disrespectful for knowledge, expertise and academic research, because as far as I know Professor Hayward is a specialist on environmental politics, which is irrelevant to Syria."

Dr Idrees Ahmad, a lecturer in Communications, Media and Culture at Stirling University told The Edinburgh Tab: "Tim is not engaged in an academic pursuit.

"Academic freedom is that yes, you can have controversial views and pursue something that is ‘unpopular’.

In response, Professor Hayward said: “I have done no commentary on Syria as an academic. As explicitly stated on my blog, I do not claim to be an expert on Syria.

“As a private citizen I have done some blog posts. People are free to criticise them. Point me to an error and I'll see if I agree it ought to be corrected.”

A University of Edinburgh spokesperson said: "We are committed to providing a positive academic experience for all of our students, and encourage anyone who is encountering difficulties to make these known to us.

"We provide a range of services to help students, including counselling, pastoral care and support for anyone who needs help with their studies or accommodation.

“Debate and discussion between members of the University community is another key part of studying here.

"Freedom of expression within the law is central to the concept of a university, and we seek to foster a culture that enables it to take place within a framework of mutual respect."

This article was amended on 7th September 2019. The blog post claiming there is "zero likelihood" Assad ever carried out chemical attacks on Syria was published on Professor Hayward's blog, but was not written by him. 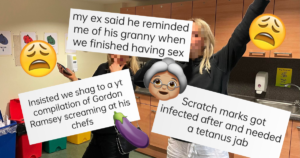 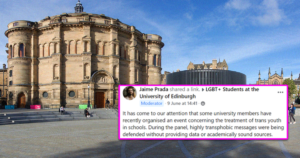 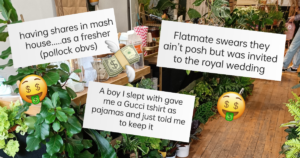 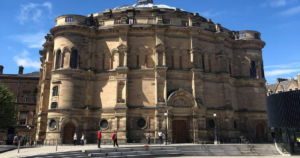 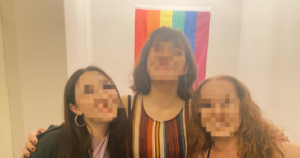 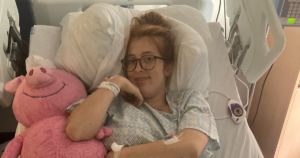