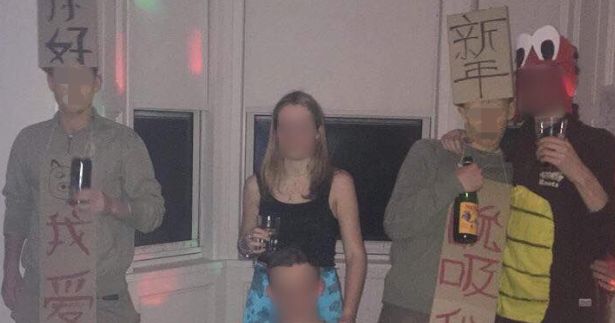 The two students involved have strongly denied the accusations

A photo from the flat party, featuring the two male students, has been widely circulated around social media chats online, and has been described by the President of the Edinburgh University Hong Kong International Society as an incident of “racial discrimination and white privilege”.

In the image, the students are dressed in cardboard with simplified Chinese characters painted on them, as well as what appears to be yellow face paint. The characters read: “hi”, “new year”, “suck my chopsticks” and “I love hockey”.

The two students involved have strongly denied the accusations, saying they only intended to dress up as chopsticks.

For legal reasons, their faces have been blurred. 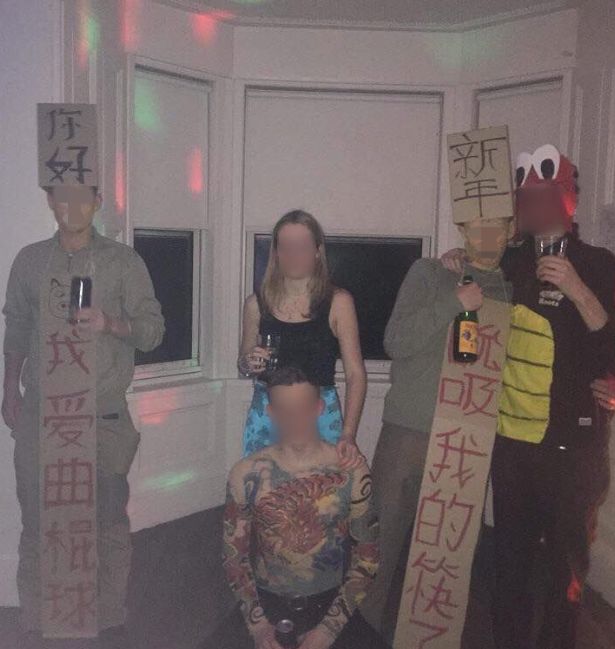 One of the two accused students has come out in defence of his actions. Speaking to The Tab Edinburgh, he said: “It is extremely upsetting to both of us how these costumes have come across following the party given our genuine intention was to dress up as chopsticks.

“Whilst we understand and sincerely apologise for any offence caused by these photos, we would like to make it very clear that any allegations of us intending to dress as anything else are a total misrepresentation of us as individuals and of our intentions at that party.”

The Chinese New Year themed flat party took place in February and was attended by around 75 people. In the lead up to the party, organisers posted on the Facebook event warning guests there would be “zero tolerance for people taking the piss with the theme”, adding “the last thing we want is to cause offence”. The post suggested attendees dress in red and gold colours, Chinese blossom patterns, or as zodiac signs and animals including pigs, tigers, rabbits and dragons. 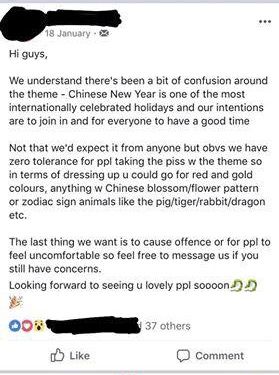 Another male attendee at the party, who spoke to The Tab Edinburgh on the condition of anonymity, also defended the costumes: “The party was themed for Chinese New Year, and in this context two people came together dressed as two chopsticks. They put cardboard boxes around their bodies and on their heads, and put beige paint on their exposed skin.”

He added: “In some of the photos taken at the end of the night, the lighting and faded paint had lightened the beige colour of the paint on their skin. When they and the hosts realised that the photos had caused offence they immediately took them off Facebook.

“In no way was the outfit meant to be ‘yellow-face’. I am confident that no one who saw the costumes in person considered that it was.”

The President of Edinburgh University Hong Kong International Society, Robyn Ma, has raised concerns about the incident and its broader significance. Speaking to The Edinburgh Tab, she said: “The Chinese New Year themed party was not a celebration of the New Year. It was a racist-themed party and a flagrant act of disrespect towards Chinese culture.

“Instead of celebrating this tradition, they were celebrating white privilege. Wearing ‘yellow-face’

and carrying signs with texts mocking our culture is incredibly offensive. This is not a celebration of our culture at all.”

She added: “I’d like to believe that this wasn’t an intentional act of racial discrimination, but rather of ignorance. What happened is not a reflection of all students at Edinburgh but I believe it is important to highlight the fact that these instances of white privilege continue to exist and are unacceptable.”

In response to the incident, EUSA’s BAME Officer, Isabella Neergaard Petersen, told The Tab Edinburgh: “The conduct of the students at this party is disgusting and just one example of the racism faced every day by Black and Minority Ethnic students at universities across the UK.

“I am particularly concerned about the message this sends to our Chinese student community, and the impact it has had on their sense of safety and wellbeing on campus.”

She added: “I will continue to support students who have been affected by this and other incidents of racism on campus, and would encourage students to contact the Students’ Association’s Advice Place where they can access further information on reporting and support.”

A University of Edinburgh spokesperson said: “We’re committed to providing an environment in which all members of the University community treat each other with dignity and respect and our Code of Student Conduct sets out expectations of behaviour.” 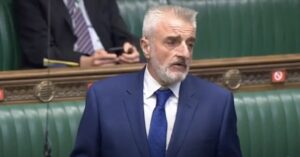 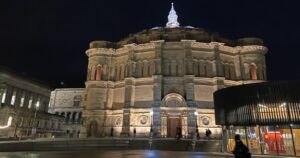 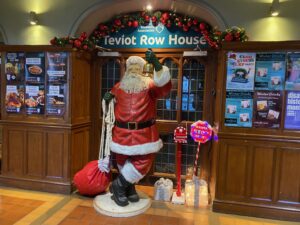 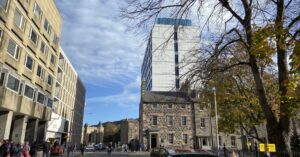 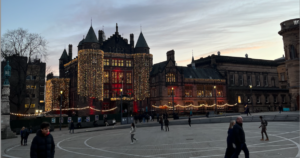 A lowdown of all of Edi’s Christmas events and extravaganzas 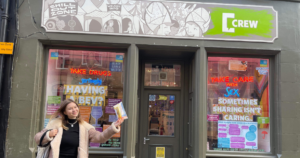