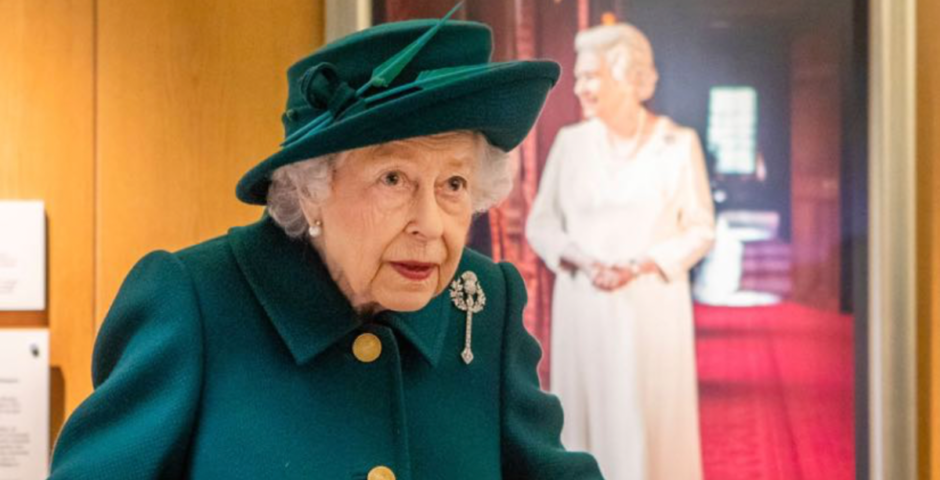 LIVE: Here’s how Cambridge has reacted to the Queen’s death

The Royal Family has announced that Queen Elizabeth II, the country’s longest-reigning monarch, has died aged 96.

The Queen died peacefully at Balmoral this afternoon.

The King and The Queen Consort will remain at Balmoral this evening and will return to London tomorrow. pic.twitter.com/VfxpXro22W

The news comes following a statement from Buckingham Palace around lunchtime on 8th September that said doctors had been concerned for her health.

The city, colleges and University of Cambridge are all responding to Her Majesty’s passing.

The Royal Family has ties to Cambridge across multiple levels. Queen Elizabeth II was Patroness of Queens’ College, and her son, who will likely be referred to as His Majesty King Charles, graduated from Trinity College, Cambridge. Prince Philip, the Duke of Edinburgh was also Chancellor of the University for a period of nearly 35 years.

The city council announced that the Union flag is flying at half-mast at their offices this evening via Twitter, after retweeting the Royal Family’s announcement post. At the time of publishing, the city council are yet to make an official statement.

The University of Cambridge

At 7:26 p.m. the University of Cambridge tweeted its official statement regarding the death of the Queen. They also changed their Twitter display picture background to all black.

The statement was attributed to Vice-Chancellor Stephen J. Toope and discussed Her Majesty’s “devotion to public service and the common good.”

The University of Cambridge community is deeply saddened by the news of the death of Her Majesty The Queen.

A statement from The Vice-Chancellor, Professor Stephen J. Toope: pic.twitter.com/wnmtFgTPcZ

The same statement has been issued on the University’s Instagram page, along with a darkening of their Instagram display picture.

Her Majesty Queen Elizabeth II was a patroness of Queens’ College from 2003 onwards. She most recently visited the college in July 2019 and ate lunch with fellows and students in the Old Hall. She was also introduced to then President-elect, Dr Mohamed A. El-Erian.

The college has released a statement regarding the death of their Patroness on their website. Expressing sentiments of grief and gratitude, the statement concluded: “We offer our deepest gratitude to Her Majesty for her exceptional service to the United Kingdom and the Commonwealth, and for her dedicated strong support of our College.” The college also issued a tweet at 8:53pm expressing grief and offering condolences to the royal family.

It is with profound sadness that we heard the news of the death of Her Majesty The Queen today.

We join very many millions of others in the UK and across the world in expressing our deep condolences to the Royal Family. pic.twitter.com/NcFAVnCF27

In an email to students this evening, the President announced that the college flag will be flown at half-mast and the college will be dressed in black drapes and ribbons. Portraits of the Queen will be placed around college.

King’s College was founded by Henry VI in 1446 and has since then witnessed multiple Royal visits. Queen Elizabeth II most recently visited the college in 2009 with Prince Philip and had previously visited in 1991 and 1962.

The college tweeted that they are “deeply saddened” by the news of Her Majesty’s passing at 6:10 p.m.

The College is deeply saddened to hear of the death of Her Majesty, Queen Elizabeth II. We extend our deepest sympathy to her family and pay tribute to a life of devoted public service.

St John’s College was founded by Lady Margaret Beaufort, mother of Henry VII, in 1511. The Queen visited St John’s in 2011, to celebrate the college’s 500th birthday. The college issued a statement on their website expressing grief.

The Master of John’s, Heather Hancock, paid tribute to the Queen, concluding her statement with “She was a remarkable woman whose unparalleled sense of duty will never be forgotten.”

St John’s has announced that the college flag will fly at half-mast and a short act of remembrance will take place in the college chapel tomorrow afternoon. The college also tweeted a picture of candles lit in the Her Majesty’s memory.

Sidney Sussex College was visited by the late Duke of Edinburgh in his role as University Chancellor and by the Queen in 1996 to celebrate its quatercentenary. The college issued a tweet at 8:21pm expressing condolences. The Master of College, Richard Penty, said in a statement that the Queen “will be warmly remembered by Fellows, students, staff and alumni alike.”

Sidney Sussex College is greatly saddened to hear of the death of Her Majesty the Queen.

A statement from the Master, Professor Richard Penty: pic.twitter.com/n1PdarIIbU

This is a live story that will be updated as more information becomes available. 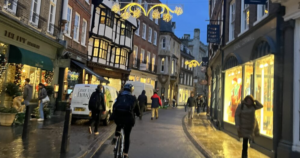 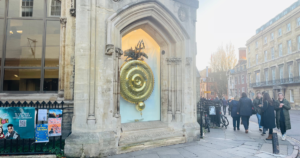 A special day for the Corpus Clock 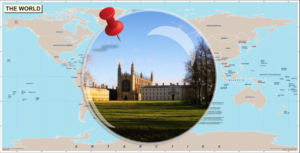 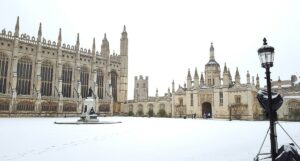 A Glamorous Guide to Winter Ballin’ in Cambridge 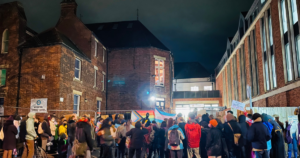 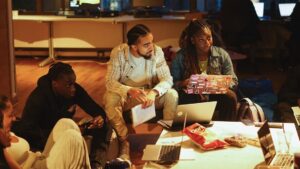 My Truth: rap, representation and diversity in Cambridge Theatre 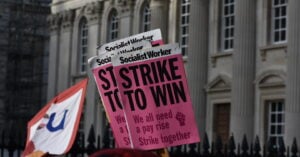 Cambridge UCU strikes: A timeline of day one 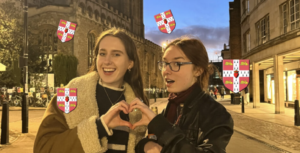 Never been on Crushbridge? Here are some tips 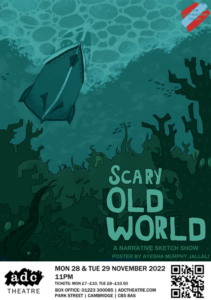