A Bournemouth University student has died after falling from a balcony whilst on holiday in Spain.

Luke Freeman described by friends as a "lovely kid", had just finished his first year studying Sports Science at the university, and was visiting friends in Costa Brava.

A routine investigation is underway and those present have given statements at the local police station. They have since returned to the UK. Police have said all signs point to his death being an accident. 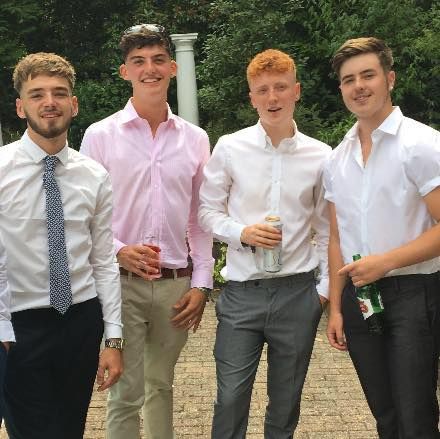 The group were staying in rented apartments at the Lloret de Mar resort, where Luke fell from the fifth floor in the early hours of Tuesday morning. The group were due to leave Spain that evening.

Many of Luke's friends have paid tribute to him in the days following his death. One described him as a "lovely kid" with a "sharp wit and an intelligent mind".

The same friend added that he was "really starting to live his life to the full."

Another said: "What an incredibly gifted kid and a heartbreaking moment."

In a Facebook tribute, one friend said: "I am so grateful I got to meet such an amazing person, you filled the room with so much joy and made me laugh for hours with your infectious laugh."

Luke played for Reading FC's Academy for many years, and was described as a "super, super talented player".

Mischievous kid with a beautiful left foot. World is a less colourful place without you Luke. Wish we’d been there to catch you. Your team.

The club posted a tribute on their Facebook page: "Mischievous kid with a beautiful left foot. World is a less colourful place without you Luke. Wish we’d been there to catch you. Your team."

Procision Reading Academy also paid tribute to Luke, who had completed their football training programme with a triple distinction. The academy said they were "deeply saddened" by the news of his death, describing him as "an excellent student, intelligent, caring, polite, respectful and funny" who was "excelling" at university.

Bournemouth University Student wellbeing services are contactable via email (studentwellbeing@bournemouth.ac.uk) or by phone (01202 965020). You can find additional information here.