Donald Trump’s public image has taken hit after hit of late, and with good reason. Like a decapitated cockroach that just won’t die, Trump is still going and is adamant that he will win and ‘make america great again’ (whatever that means). The world is incredulously looking on in disbelief, whilst coming to terms with the fact that there is a very real possibility that the new leader of the free world may be someone that won’t have any qualms about nuking China.

All demographics will suffer under a Trump presidency, however the group that Trump reserves his most unpleasant and vile comments for are women. Buto now women in America have come up with a very novel way saying fuck you to Trump, who has said that he will limit the reproductive rights of women in the USA. 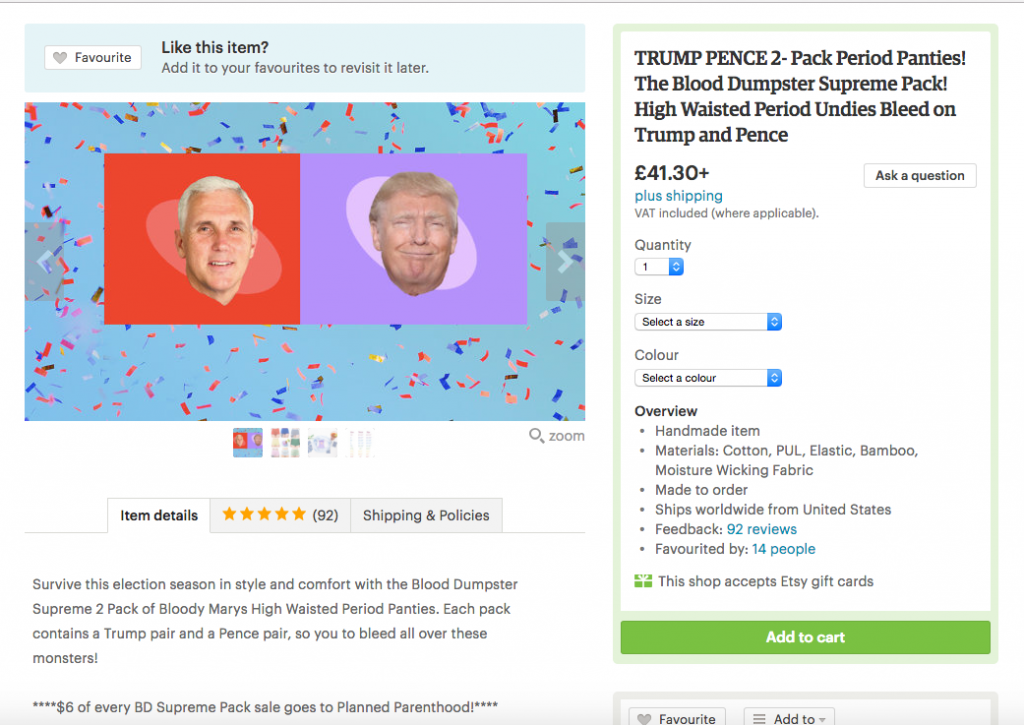 Bloody Mary Period Panties – from the company Cute Fruit Undies – make (as is obvious by the name) underwear for you to wear on your period. To be more specific they make underwear with a ‘blood dumpster’ where you menstruate onto Donald Trump’s face. All my dreams have come true at once, I can make a political statement, insult a dickhead and get on with my day, leak free in one product! And what’s more, if there’s another U.S politician trying to limit the reproductive rights of American women, Bloody Mary Period Panties have created period underwear where you can menstruate directly onto their face as well. The selection includes:

Failed presidential candidate who claimed that Planned Parenthood sells body parts of aborted foetuses and wanted to prosecute the organisation if elected president. 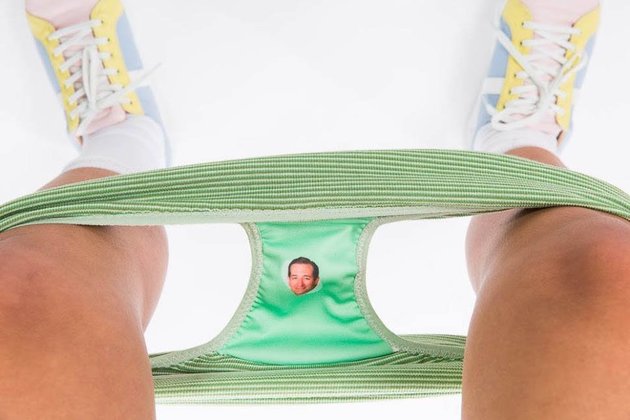 This man is an exquisitely ignorant and fatuous individual who said that “if it’s a legitimate rape, the female body has ways to try to shut that whole thing down”. As a pro-lifer he also voted in favour of getting rid of funding for abortion clinics.

Brother of former President George W Bush and son of one term wonder George H W Bush. While he was governor of Florida he defunded Planned Parenthood. Consequently it is now one of the worst states for reproductive health in the US.

A throwback to the 2008 election and one John Mccain’s worst political decisions, The former governor of Alaska Sarah Palin is a well known pro-lifer, even if the pregnancy was as a result of rape. 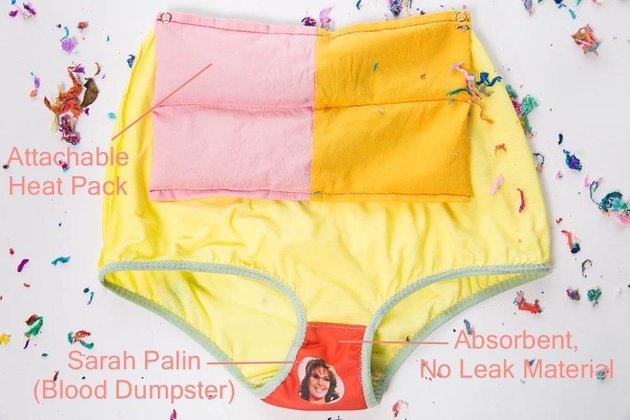 Probably best known for his opponents having ‘santorum’ redefined in the dictionary (if you look it up do not say I didn’t warn you), and yet another pro-lifer. He has claimed (among other things) that ‘one in three pregnancies end in abortion’, therefore the problems with healthcare funding were due to not enough young people supporting the retired as the population is smaller due to terminations. He has also claimed that the female suicide rate is higher since Roe vs Wade and that the morning after pill is a form of abortion and should not be available.

There are definitely some women who will vote for Trump, although personally, I cannot understand why. From Megyn Kelly to Hillary Clinton, to his own daughter, Donald Trump is like a poorly drawn machismo caricature that managed to make his way into the real world and he is bad news if you are a woman, if you are black (or indeed any person of colour), if you are LGBT, if you are poor.

It’s easy to get angry about Trump (or any other of the aforementioned politicians letting women down), but Bloody Mary have created a great, if off the wall way to protest the way that reproductive rights have been limited and continue to be. Obviously putting Donald Trump’s face on your vagina when he has been talking about grabbing pussies might seem inappropriate or indeed crass. However, when you consider that the reaction of many women to Trump’s behaviour has been to buy and use these in lieu of other forms of protest it must be admitted that this has validity.

I would period on these all day. And you should too.