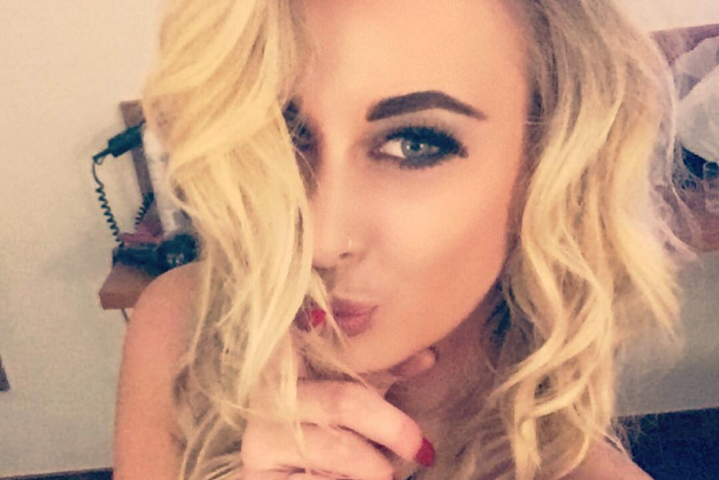 Sophie is not going to be pleased

Rumours are rife amongst Love Island lovers after Tom Powell, who was formerly coupled up with former Miss GB Sophie Gradon, has Snapchatted a half-naked picture of what appears to be Cardiff 20-year-old promoter, Maisie Grace.

"I hope Toms waiting for me"

Yeah but he's busy at the moment.. pic.twitter.com/rD3IHwRT8Y

This comes after Tom’s first public appearance after the show, in Cardiff with fellow former-Love Island contender, Javi Shaphard.

Prior to the event, Maisie had included” #whossophie” in her tweet. The pair appeared at Twisted LadyBird, a night for which Maisie appears to work.

The 20-year-old from Bristol studies Politics with Journalism at Cardiff. She is also an Event Manager at popular student night TNT Cardiff.

Maisie has since been active on social media, tweeting comments such as: “There’s two sides to every story” and: “Snakes everywhere”. 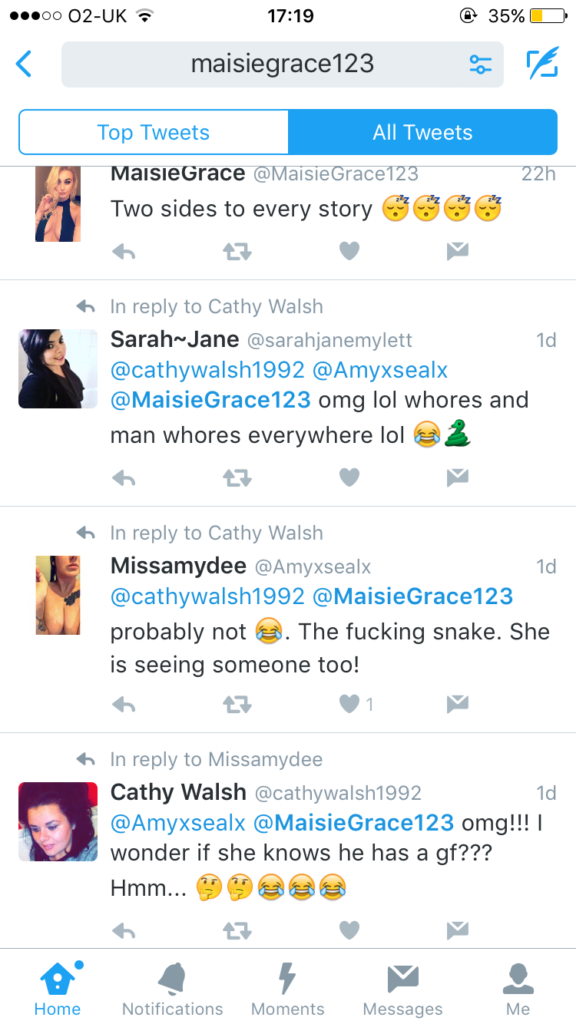 Other reality TV stars have taken to twitter to cast their judgement. Charlotte Crosby from Geordie Shore tweeted “TACKY”, before deleting her tweet: 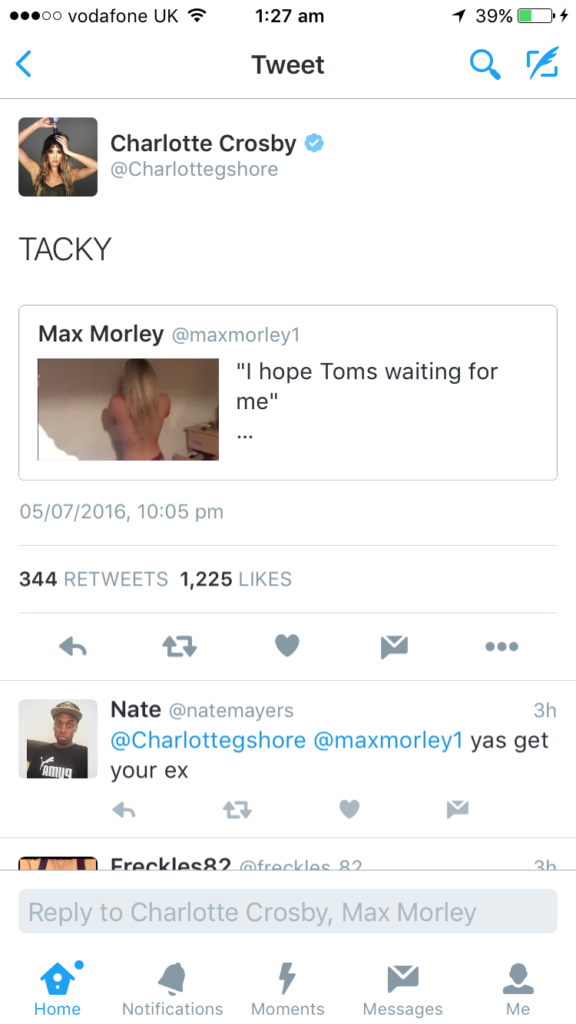 While Jenna from the Valleys tweeted:

Funny how Sophie doesn't give Tom a second thought until she realises she's being slated on the outside ? #loveisland

Both Tom and Maisie have reacted to the speculation on Twitter, with Tom tweeting: “Here we go…”:

And Maisie saying that her “life is just mad atm”.

The Tab has contacted Maisie and Tom for comment.