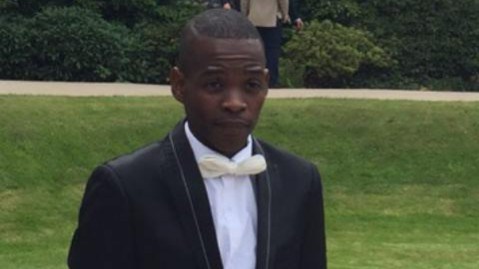 Oxford University will not expel Rhodes Must Fall founder

42,000 people called for his bursary to be revoked

Oxford have rejected petitions to have Rhodes Must Fall founder, Ntokozo Qwabe, expelled or stripped of his scholarship for verbally abusing a white waitress.

Qwabe received a Rhodes Scholarship to study law in 2014 funded by the very coloniser who’s statue he wanted removed from Oriel college. But controversy began last week when he made a white waitress cry after writing “WE WILL GIVE TIP WHEN YOU RETURN THE LAND” on a bill.

A petition was started to remove the post-grad’s bursary which has now reached over 42,000 signatures in just five days. 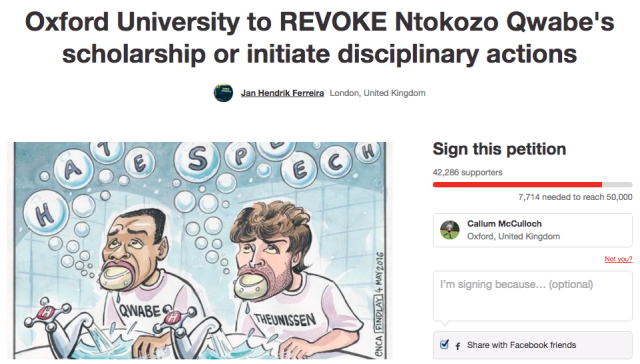 Jan Hendrik Ferreira, a South African social worker, started the petition with an open letter to the Oxford University Vice-Chancellor, Louise Richardson: “Mr Ntokozo Qwabe and friend violated a person’s dignity, publicly degraded and humiliated her, and created a highly offensive situation which Mr Ntokozo Qwabe has since taken great pleasure in narcissistically boasting over her reaction across social media.

“He clearly does not uphold the values expected of an institution such as Oxford University and his actions have ultimately brought your educational establishment’s image into disrepute.”

A gofundme page was initiated to tip Ashleigh Shultz, the 24 year old waitress who served Qwabe and has now reached almost £3,000. 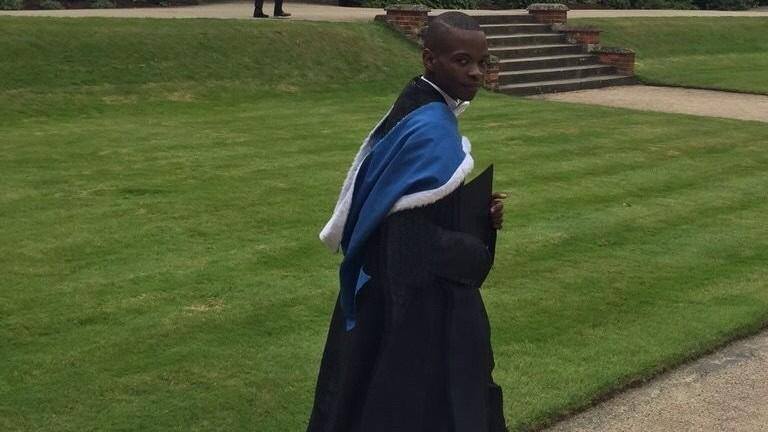 A spokesperson from Oxford upheld his right to free speech, no matter how offensive it may be.

“Our duty of care to all members of the university means we do not discuss individuals. Oxford is a place where non-violent speech, however objectionable, can be expressed and challenged.

“Our students may voice opinions which others believe to be misguided or which they find offensive. They have a right to do this, but in exercising it we expect them to respect other people and the law.”

He goes on to explain that when paying the bill, an activist friend wrote on the bill, “WE WILL GIVE TIP WHEN YOU RETURN THE LAND!” This caused the waitress to cry “typical white tears”. 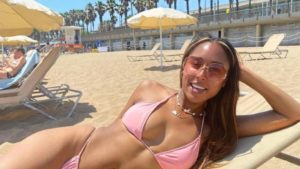 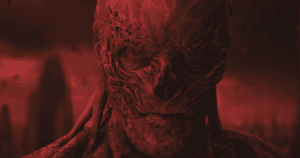