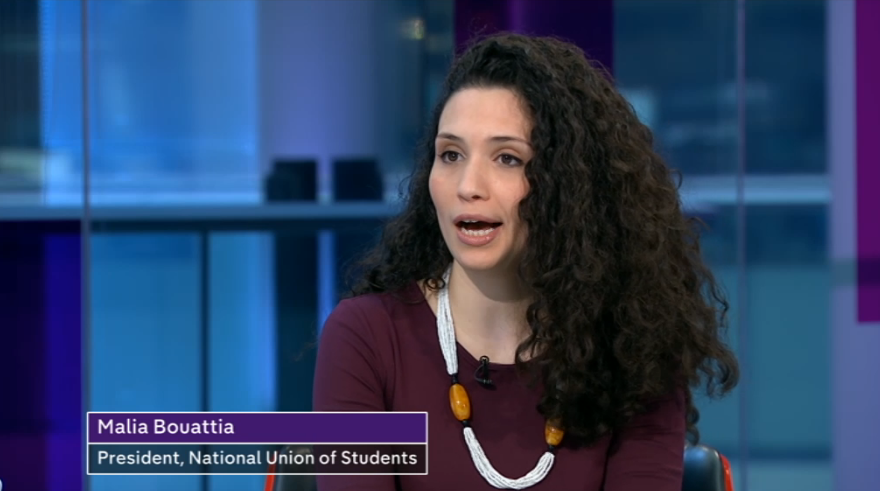 Students across 25 universities threaten to leave the NUS

Fed up students at over half of the unis in the Russell Group are threatening to leave the NUS.

We spoke to students across the country and found campaigns have been launched at Oxford, Cambridge, Exeter, Durham, Nottingham, York and even Malia Bouattia’s alma mater Birmingham, among others. The Tab can reveal students from at least 25 unis are actively pushing for a referendum on their membership with the NUS, but there could well be more. A full list is below.

Last night, the new NUS President appeared on Channel 4 News to defend herself against abuse which had lead to death threats and rape threats. She said she didn’t regret delaying the motion on condemning ISIS.

She said: “I don’t regret my actions. The attacks that followed and the total lies that have been published … are totally unfounded. I have always condemned ISIS. I have a problem with Israel violating international law. Israel as it behaves is problematic to me. It’s not for me to condemn Palestinian violence.”

She said she received “racialised and sexist” abuse for being a Muslim woman. “It’s been very very difficult, it’s incredible to see the overwhelming support but difficult as my parents have been harassed by media and they’ve had to see the rape threats and death threats. They left Algeria to protect us and ensure we thrive and succeed only to be met with this once we do reach those positions of success.”

Malia agreed she was comfortable being called anti-Zionist.

Last week she was the first black Muslim woman to be elected as President for the NUS. But Jewish students have said they can’t work with the NUS unless their concerns are taking seriously, and are flocking to back disaffiliation campaigns.  Others have voiced concerns after a motion for every student to have a choice in who was elected President, a One Member One Vote policy, was voted down at the NUS conference.

A movement at Birmingham, where Malia studied for eight years, has received the backing of political societies like the Conservative, Lib Dem and even Greens. Malia previously said Birmingham was a “zionist outpost” and commented “it also has the largest Jewish Society in the country, whose leadership is dominated by Zionist activists”.

In the face of her election, a lack of representation and the concerns over antisemitism already within the NUS, a national pressure group encouraging disaffiliation has emerged. Started by Exeter student Charlie Evans, NUSceptics want to bring about serious and radical change by forcing the NUS to take note of their concerns. The only way to do this, they say, is by leaving.

Charlie Evans, 22 and his final year, said: “This campaign was started to bring students together across the UK who were fed up with the NUS status quo and who felt our national union just doesn’t represent most students. On issues like free speech, antisemitism, giving students a stake in NUS, we all feel they’ve got it massively wrong. In my opinion, the only way to bring about serious and radical changes for the better, is for SUs to disaffiliate. this will make the NUS actually take note, and recognise they’ve got this massively wrong. One Member One Vote is the first step in reconnecting members to their national union.”

In another incident that will further alienate the NUS from it’s members, one union official blundered his way through a free speech debate on BBC2.

Richard Brooks, the Vice-President of the NUS, speaking on Victoria Derbyshire’s BBC2 debate ‘Is Free Speech at Universities Under Threat?’ said: “Everyone has equal right to freedom of speech however, some people have more equal rights than others.”

This sounds strikingly similar to a quote from George Orwell’s Animal Farm: “All animals are equal, but some animals are more equal than others.” He also likened Peter Tatchell, a human rights activist, not being allowed to speak at a university to not receiving an RSVP for a house party. 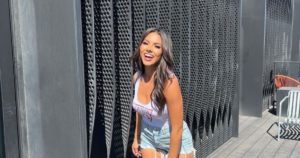 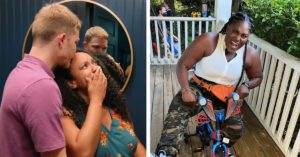