One passenger described it as ‘horrific’

Animal rights campaigners use a range of shock tactics to get their point across.

Last month, half-naked models crashed London Fashion Week to protest against the use of fur. Now, activists are showing graphic videos of animal abuse to passengers on the London Underground.

A masked group got on the Northern Line at Balham and played a video that a commuter sitting opposite described as “horrific”.

“People asked them to stop showing videos because they were making them feel uncomfortable,” said Charlie Kahn, 20, from Golders Green. “I saw one group get of the carriage and re-enter the train further down to stop being harassed by these people.”

Charlie described the videos as “pretty brutal”, but still tried to speak to the campaigners. “When I asked to engage in a conversation about their cause they didn’t want to talk.” he said. “It was a very strange train journey.” 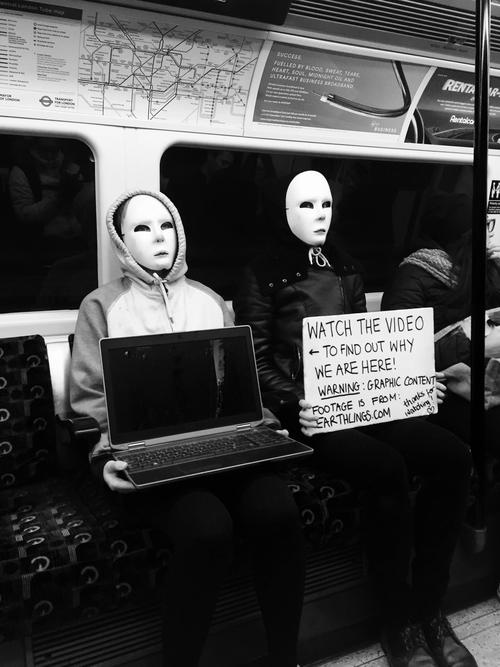 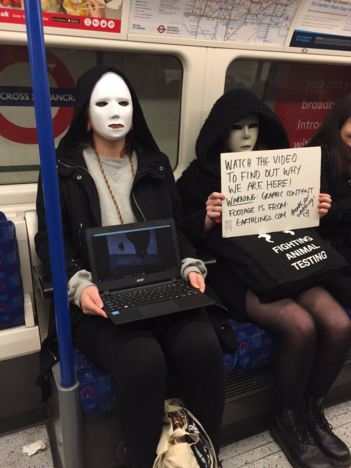 The group was broadcasting footage from Earthlings, a 2005 documentary about human dependence on animals, one of those documentaries credited for turning viewers into vegans. It shows extremely graphic scenes of animal testing and upsetting footage of slaughter.

Shock tactics can work, though not if the crowd is too disturbed to train their eyes on the screen.