On the frontlines of the Taiji dolphin protest

Stop the slaughter in the water

Protesters gathered outside the Japanese Embassy on Friday to raise awareness about the hunting of dolphins and whales.

The protest, which happened on Picadilly, was attended by around 100 people. 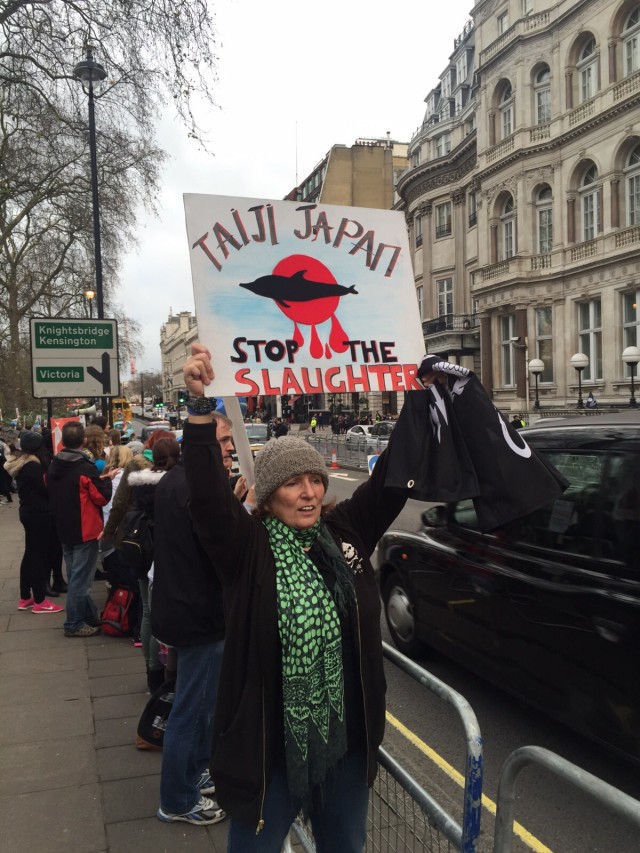 Maria, another protester, said: “The dolphins are captured, sent to Ukraine and transported to water parks. 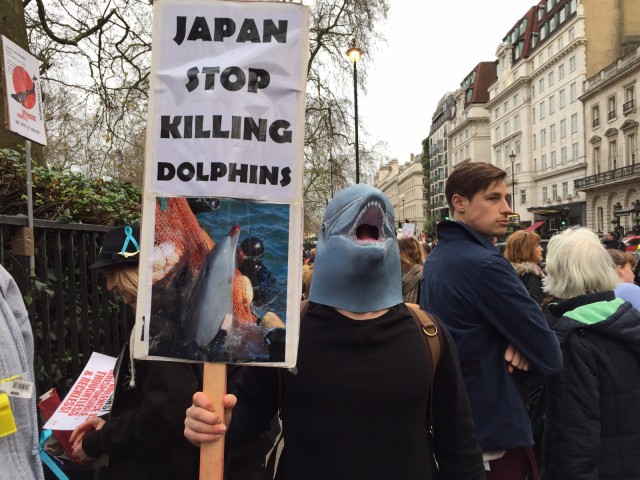 Their project aims to stop the infamous slaughter which happens annually in the Taiji cove in Japan.

One activist told us: “We are here outside the Japanese Embassy to get as much media coverage as we can so that the rest of the world are aware of what is going on in Japan.” 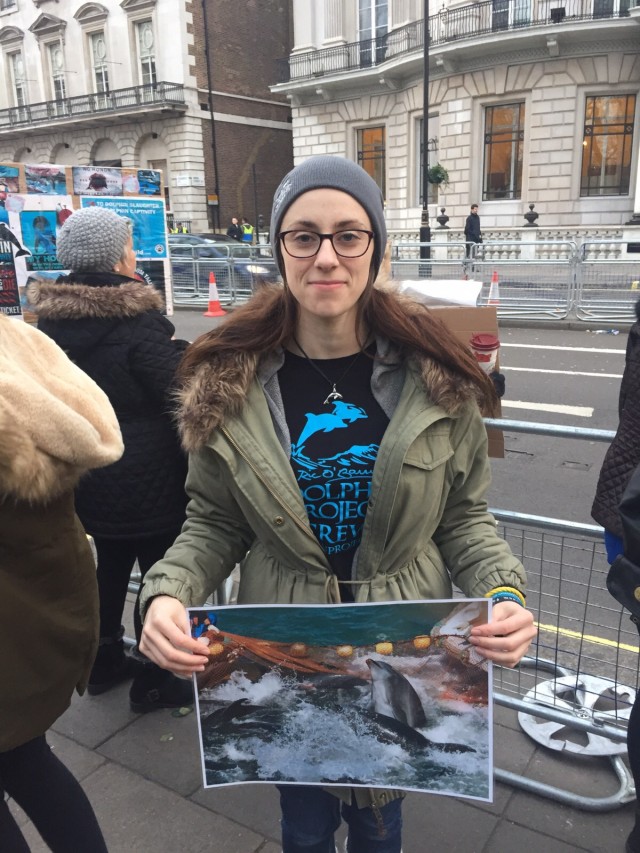 Imperial student Tom Deakin told The Tab: “Its not just about being anti-Japan.

“We want to raise awareness of how the people in the west are supporting the enslavement by buying tickets to Seaworld and any other dolphin-related events.”