We’re hated on the internet

Meet the people whose lives changed forever after going viral

The journalist and documentarian Jon Ronson released a book this year called “So You’ve Been Publicly Shamed”, in which he describes how the internet age is “creating a world where the smartest way to survive is to be bland”. With everyone from employers to potential partners heading straight to the first page of Google, people who don’t toe the line are being dragged through the dirt – and it’s making them less inclined than ever to speak their minds.

I asked Jon about the dangers of a public shaming for the unemployed and unestablished. He said: “Right now employers are (unfairly, I’d say) Googling everyone they might employ and making huge judgements on the scantiest evidence. So a moment’s stupidity can have an outsized impact on your future – on what people think of you.” 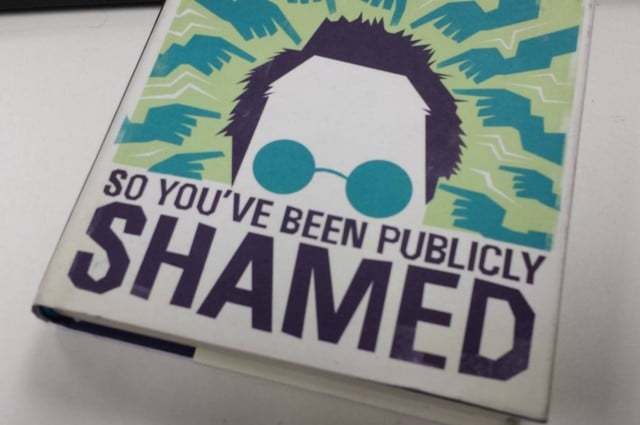 Google certainly hasn’t been kind to George Lawlor, the Warwick student who wrote an article about how he didn’t need consent workshops earlier this month. It was controversial, but he certainly didn’t anticipate being crucified because of it. George explains: “I didn’t expect a backlash on that scale. I expected a bit of negativity but only ad hominem in the comments section. Not the entire internet.

“I think the picture was the thing that was most misunderstood. And, of course, you can recognise me from the picture.”

It became the focal point of the story, and publication after publication pounced on it. Broadly dubbed him “The ‘This is Not What a Rapist Looks Like’ Guy”, while The Mary Sue went for “This Is What a Rapist Can Look Like, Actually”. One blog ditched the pleasantries and settled upon “George Lawlor looks like a rapist”. 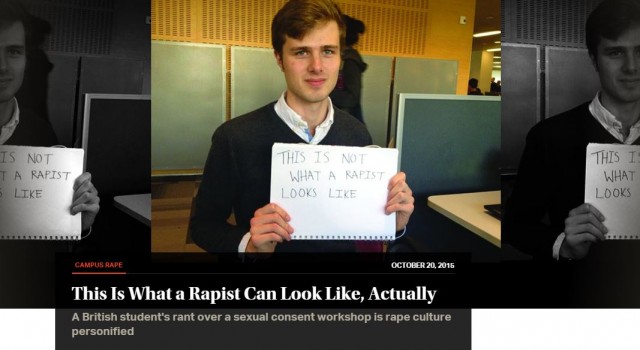 So has the abuse died down? George says: “It’s still going on. It’s put my entire life on hold really – I’ve had to pause work and uni to deal with all of this.  I’m trying to get back into my normal routine again but I still receive the odd message now and then.

“Some people won’t talk to me anymore, others no longer want to be associated with me and going onto campus isn’t really a pleasant experience because people just go quiet as I walk past.

“The problem is now, if you Google my name, it’s going to forever be linked with the word “rape” – regardless of whether or not you agree with me. It’s about perception. If I’m perceived to be something I’m not, that’s going to have a negative impact on my entire life.” 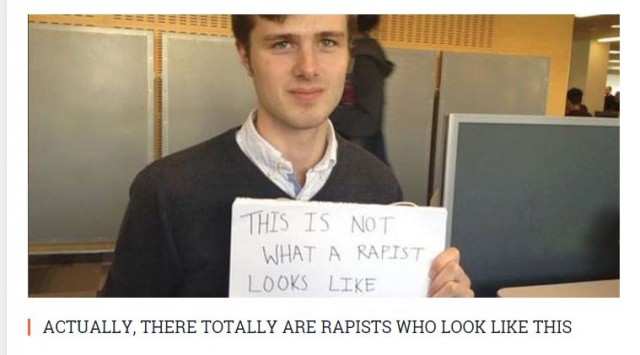 Iain Wilson knows a lot about the effect a slip of the tongue can have nowadays. At his law firm Brett Wilson LLP, his team deal with cases like George’s every day. In Wilson’s line of work, the problem isn’t the angry mob, but the sites hosting them. He says: “No-one cares about the webpages themselves when they come up – they only care that it comes up on the first page of Google.

“It used to be that rich newspapers would publish something defamatory, people would go to the solicitors, the solicitors would take it on and the wealthy publishers would pay them.

“The problem now is that the internet has created publishers of everyone – a lot of them being people who aren’t responsible enough to be publishers.
This is why there’s been a shift towards targeting the intermediaries like Google, who are effectively used as vehicles for harassment.”

Wilson is talking about the “right to be forgotten”,  a concept in data protection law which says search results can be deleted if public interest in the information about you online is outweighed by your own right to privacy. For people like Ellie, whose surname we’ve omitted, it’s a serious consideration.

Ellie’s story is not too far from George’s – when she was still at uni in 2012, she decided to write an article in which she tried being “lesbian for a week”.  An uproar was perhaps understandable, but the hounding she received was brutal.  Three years later, she’s still feeling the effects. 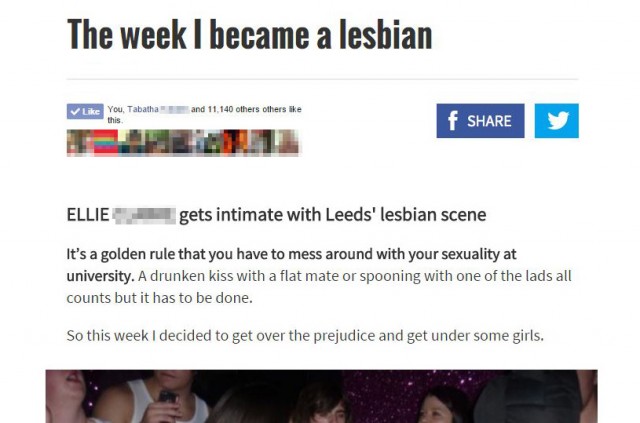 She said: “If I could, I’d 100 per cent delete my Google search results. I’m teaching now, so if my students were to read the article and the subsequent comments I’d be in a very difficult situation.

“The people who responded to what I wrote and the people who wrote articles about me will have forgotten about it now, unlike the internet, which will always hold me to account.

“I think, as a result, I’m now a very private person and I rarely use social media. I feel uncomfortable online – like my actions will follow me forever.”

While criticism was inevitable for George and Ellie’s articles, the critics were acting out of more than just disagreement. There was a sense of social justice, like these online mobs banded together to wage war against anyone with an unpopular or uninformed opinion.

Chloë Hamilton, a writer for The Independent, says we should be concerned about the effect this mob mentality can have on young people speaking their mind. She says: “I worry about more vulnerable people, young adults and teenagers, experiencing similar threats or attacks to me. It’s not a nice thing to go through.”

Chloë wrote a column last year about YouTube sensation Zoella,  in which she argued that the video starlet wasn’t a great role model for teenagers. Needless to say, the vlogger’s loyal followers weren’t happy. Chloë was called an “ugly bitch”, a “nasty tramp” and a “vulgar mediocre dog who deserves death” – and that was just in one tweet. 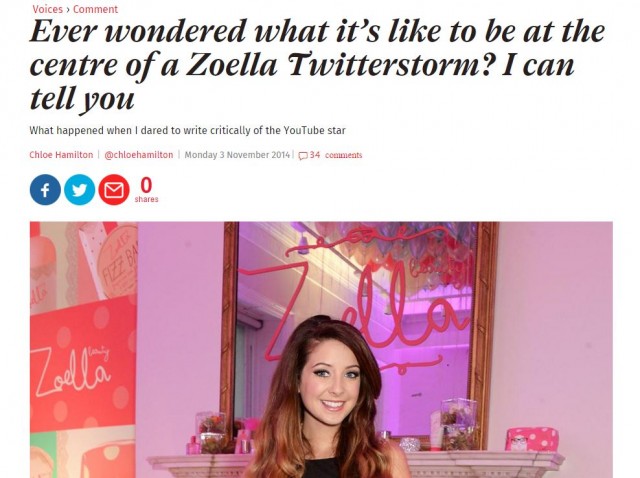 She says: “I still get the occasional message. Sometimes someone will favourite or retweet an old comment and it will briefly kick off again. But the worst of it died down after a week or two – people move on quickly.

“I was a bit anxious to tweet afterwards in case it happened again. But now it’s fine and I’m happy writing provocative stuff – if anything I’m more prepared and determined. The experience thickened my skin.

“I’m definitely not a victim. I made a choice to write something controversial, so I have to take the reaction, however vitriolic, on the chin. Although nothing condones death threats.

“People can say vile things on social media because there’s no accountability. It’s too easy to get swept up in a tide of hate.”

It’s a mob mentality approach which manifests all too often – even when the target hasn’t done anything. When Amelia Perrin noticed her pictures were being used by strangers online, the worst thing she did was write a short experience piece about it – she didn’t expect it to make it even worse. Countless articles popped up using Amelia’s pictures and twisting her words, and her own account was quickly buried beneath a hundred other stories about the “Catfish Girl”. 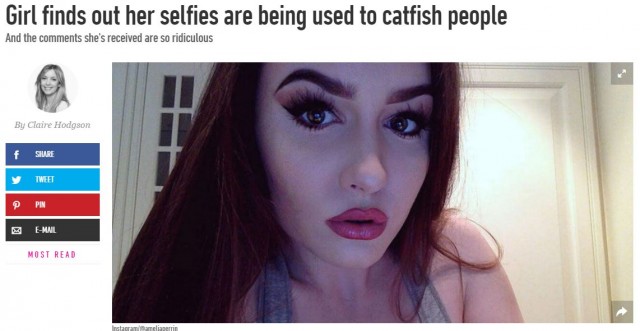 Amelia says: “I don’t think anyone actually Googles their own name, at least not as a hobby, but when this happened I was searching my name every day.

“The problem is, none of the stuff that came up was me – if they’d spoken to me, what they’d put up would have been completely different. It’s very weird finding out information about yourself that you don’t even know about you.

“Something small that happens to you doesn’t exactly define you. I’m not ‘The Catfish Girl’ just because someone catfished me – it’s not like that’s it. It’s not like I have nothing else to offer.”

Iain explains: “When you type your name into Google, you want something that’s relevant to you and to what your reputation should be. One silly thing you did years ago is disproportionate to that.

“The whole principle under the Rehabilitation of Offenders Act would be that you should get a second chance, and that you shouldn’t have to tell people about your minor conviction after a certain amount of time. This should apply to anything in your personal life that you want to keep private.” 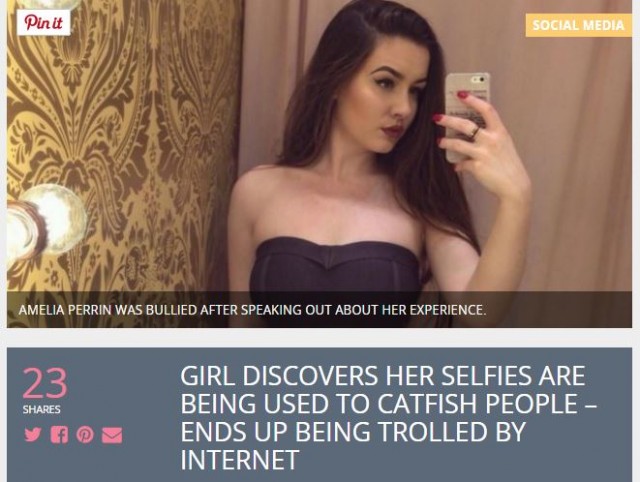 The similarities between an internet shaming and a guilty sentence are obvious. You cross a line and you’re punished – but it doesn’t end there. Accidental internet celebrities become “Not A Rapist Guy” or “Catfish Girl”. These aren’t real people with real lives any more – they’re characters.

Jon says: “All this is creating a world of heroes and villains, which is really unhealthy. Because by-and-large we aren’t heroes or villains – we’re clever and we’re stupid. And it’ll only get fixed if we all start thinking of our fellow humans in more empathetic, dimensional ways.

“That isn’t to say that I think everyone should start behaving badly. I don’t. I’m a social justice person myself. But I think we’re losing the capacity to distinguish between serious and unserious transgression. And we’re forgetting that shamings are always about more than just the transgression itself.”

In his book, Jon suggests we’re “defining the boundaries of normality by tearing apart the people outside of it”. In a world where one small step out of line can cost you your future, more people are being scared out of saying what they want to.

If we scream and shout at everyone we disagree with, we’re going to be left with a very awkward silence.