I led a naked protest against the Pamplona bull running

‘We were crying, seeing the animals go past’

A Leeds grad has staged a naked blood protest against the Spanish bull running festival in Pamplona.

Animal activist Heather Varley, 22, barely collected her degree before flying out to launch a shocking demonstration against the centuries-old tradition of bull running in Northern Spain.

The Liverpool-born campaigner stripped off in the street with a naked crowd of 100 followers daubed in red paint. 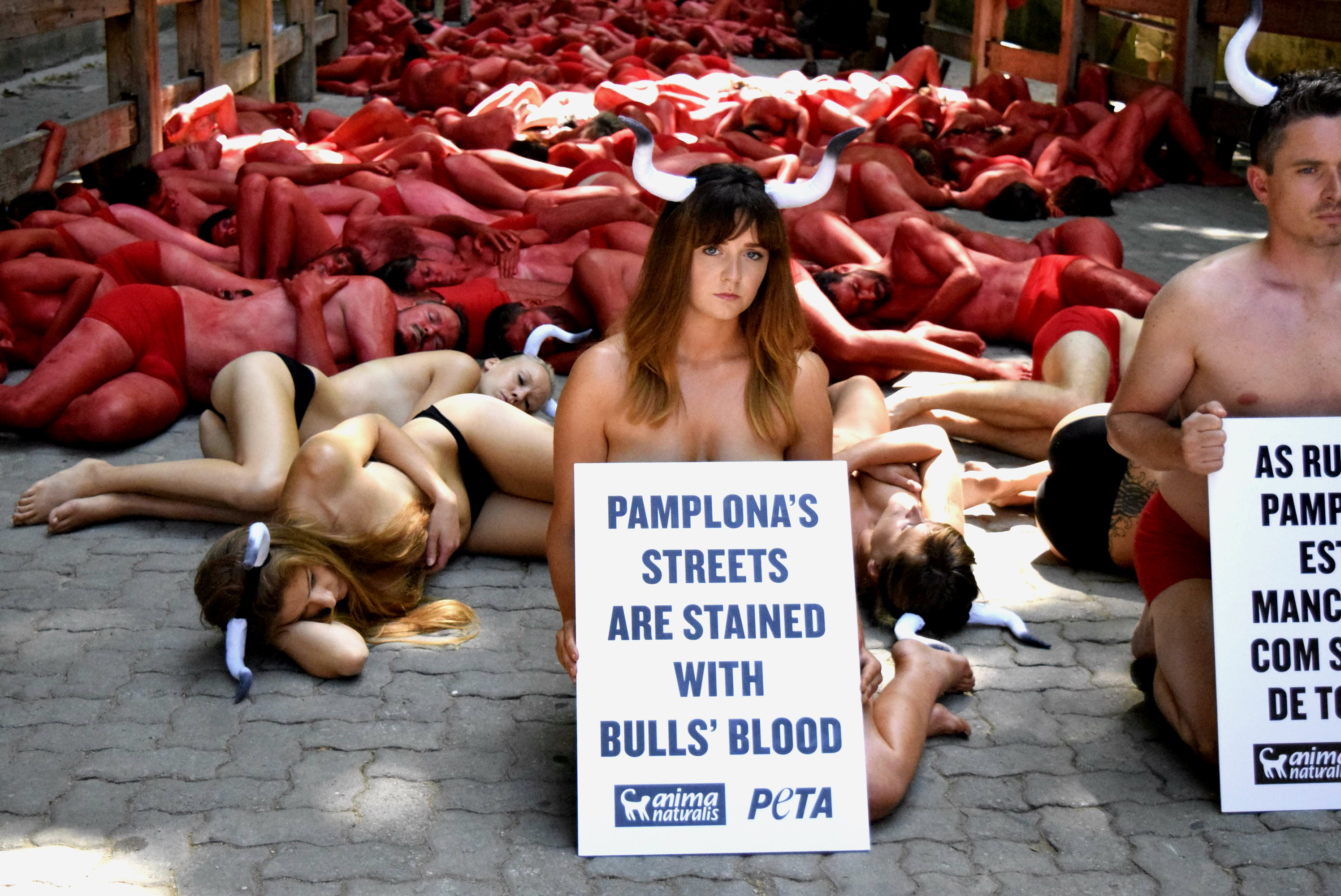 The incensed demo takes place every year to coincide with the world-famous San Fermin festival, where cattle are let loose in the small town of Pamplona to chase runners down the streets to the bull fighting ring.

And Leeds Beckett grad Heather, who just left with a degree in Events Management, led the small band of protestors from animal rights group PETA to voice their anger at the local Spanish tradition.

She told The Tab: “I was in tears. I was crying for the bulls. There was one point when we saw a wagon full of horses go past and I burst into tears and everyone was crying, seeing the animals.

“It was really tough knowing there was nothing we could do for them. It made us even more passionate about wanting to do something.

“Geographical location should have no factor on your moral obligation. There were only four or five of us not from Spain.

“I don’t get how anyone could get any entertainment from terrorising and hurting a living thing.

“I don’t know from where human nature gets this elitism from towards other living things.” 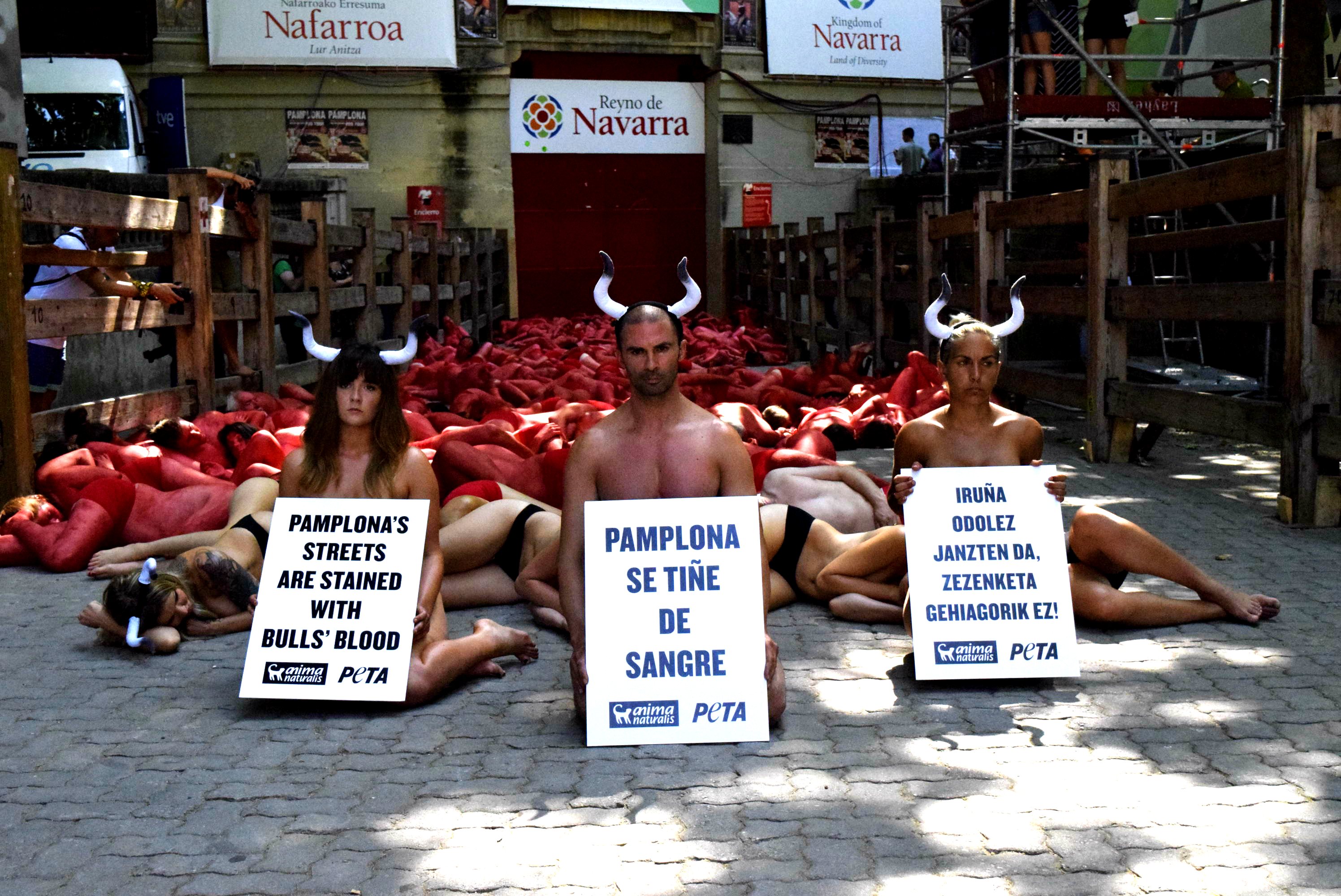 ‘I was crying for the bulls’

Heather, who is moving to London to start a job as an events manager, explained why the protest was so intense for her.

She said: “We were there the day before the very first run.

“We had to walk down the path they had to go through before going into the ring.

“In less than 24 hours, this is going to be the last thing the bulls see before death.

“I was crying. I’m not a massive cryer. It really was harrowing. It was so emotional, I felt a lot of frustration.

“I felt really vulnerable but really empowered at the same time. It backed up my reasons for being there.” 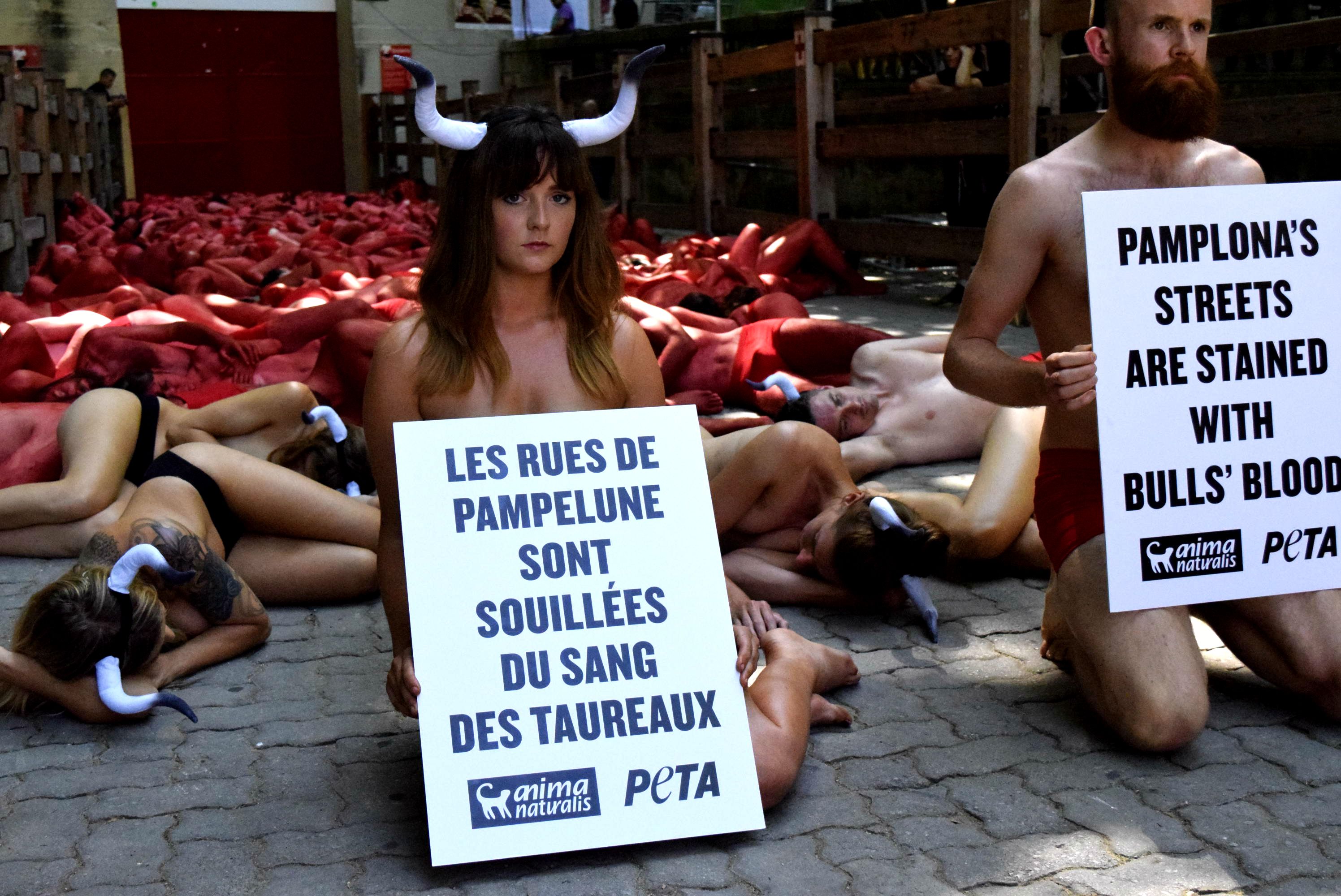 She led a group of demonstrators in their nude protest in the street before the bull fighting ring.

Heather added: “It was so exciting. We were quite apprehensive but from the second we arrived it was a weird mood went over everyone.

“We were all quite emotional. There was a little bit of nervousness doing a semi naked demo. But all I was thinking about were the bulls and horses.

“I actually quite enjoyed it. I thought I’d hate it. I’m not a very self-confident person. But I loved that the message was getting put across.

“People are really waking up to this. It was amazing to be a part of that change. It was a small sacrifice for them.” 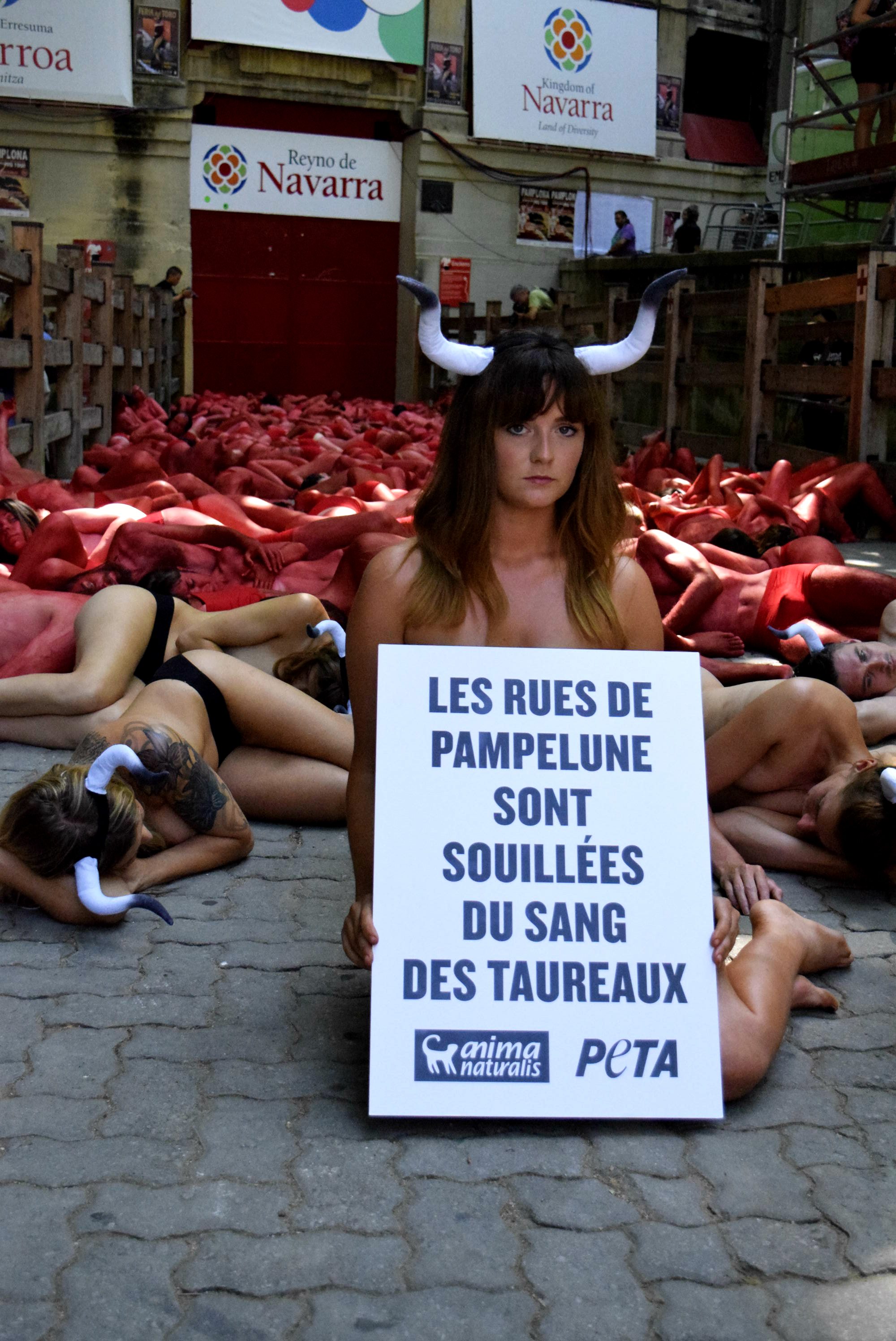 And what does the future hold for Heather?

She said: “I’ll go wherever PETA goes. There are a few issues I’d like to personally take on.

“I’m not vegan. I don’t classify myself as anything in particular because if you give yourself a solid set of rules to live by it makes it easier to break them. I just live my life.”