Ranked: Your grad job salary against everyone else’s

No surprises for investment bankers

Everything you imagined about filthy city paychecks is true as new stats reveal the average starting salary for each grad job going.

Investment banking tops the list as the best paid field of work after uni –– laughing grads can expect to pocket an average salary of £45,000.

Check out where your new job ranks below. 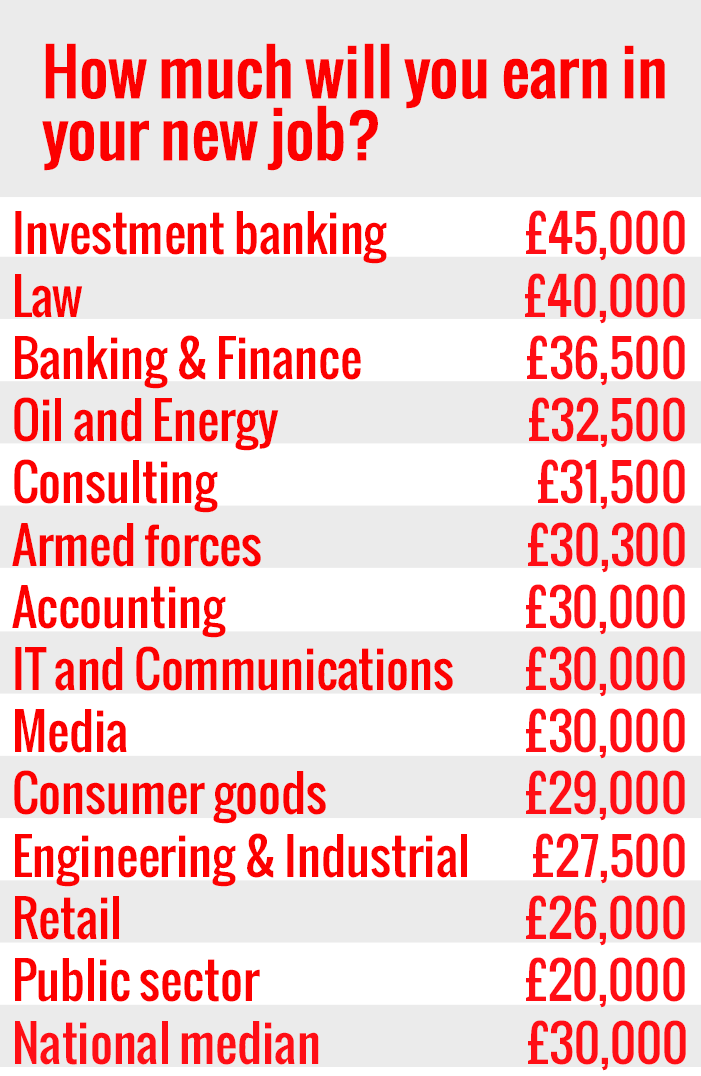 The worst paid grad jobs are in retail and the public sector, which can earn you just over £20,000.

For advice on how to score a grad job, we can tell you it takes an average of three and a half months to land work after leaving uni.

Now desperate grads are forking out up to £200 an hour to pay for private interview practice –– but you can read our guide for free.