Finalist graduates alongside his 82-year-old grandad and aunt

Keeping it in the family, one language student shared his graduation with his grandad and aunt – with all three getting the same diploma.

What’s more, they all got a distinction in their Irish language diploma.

Ulster graduate Odhrán Mullan told The Tab: “I have a lot of respect for my grandfather anyway, but when he decided to go to uni he set a great example for everyone in the family.

“He’s 82, and he fitted in seamlessly with a much younger group of students, and wasn’t intimidated by it at all.

“An element of the course was taught through an online learning resource, which I think panicked him at first, but then he became an expert at it whilst my aunt and I struggled along.” 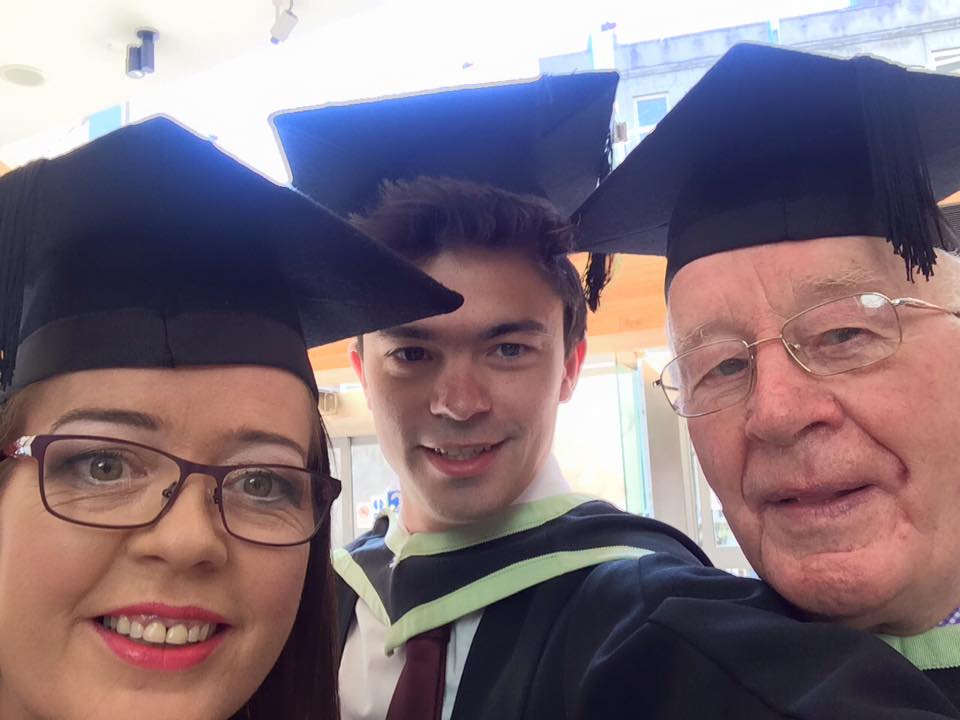 Most students hit the union bar hard after graduating, but for Odhrán from County Londonderry in Northern Ireland it was more of a family affair.

“Our class got together after the ceremony and we booked a meal in a restaurant with our lecturer. At the weekend, we availed of the great whether and had a family barbecue.”

Odhrán first went to Leeds and missed his graduation due to commitments in Ireland. But this is one ceremony he didn’t want to miss.

“I’m not a fan of selfies – I have my aunt Maria to thank for that one – but it seems to have captured the spirit of the moment.

“My grandfather said he went to the local supermarket this morning to buy a piece of fruit, and half an hour later people were still congratulating him in the aisle.” 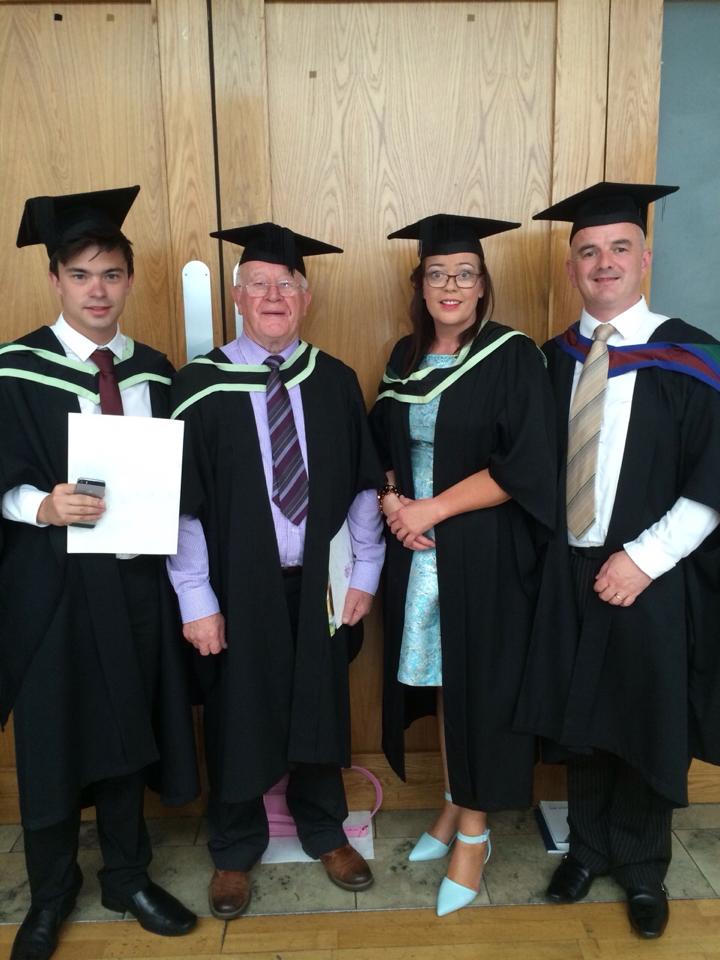 “It’s a particularly good news story for Irish. I know that there is a whole generation of people who regret not being able to speak their native language, and this demonstrates that it doesn’t matter what time in life you start – everything is possible!”

Grandad John Mullan managed to pull off having both a free bus pass and a student card at the same time.

He teaches Irish classes twice a week and took the qualification to understand the language better, while aunt Maria works as a classroom assistant.

John told the Derry Journal: “The young people were great craic, they never treated me like an old person.

“I was surprised I reached this point. This is a wee bit special – I know I waited long enough for it!

“The one thing I have always said is there is nothing that is impossible. You find a way of doing it. You just have to put your mind to it.”