Oxford kicked me out because of my dyslexia

They asked why I was admitted in the first place

A vulnerable Oxford fresher has claimed she was forced out of uni because of her learning difficulties.

Sophie Spector, 22, won her dream place to study PPE at Balliol College but had to drop out six months later when she says college bosses “pressured” her into taking medical leave.

Sophie, who has dyslexia, ADHD and OCD has spoken out against the “dangerous” way Oxford handles mental health after she was denied extensions and made to achieve higher marks despite her condition.

She uncovered internal emails exchanged by her tutors — which The Tab can now reveal — saying: “Why did we admit her?” 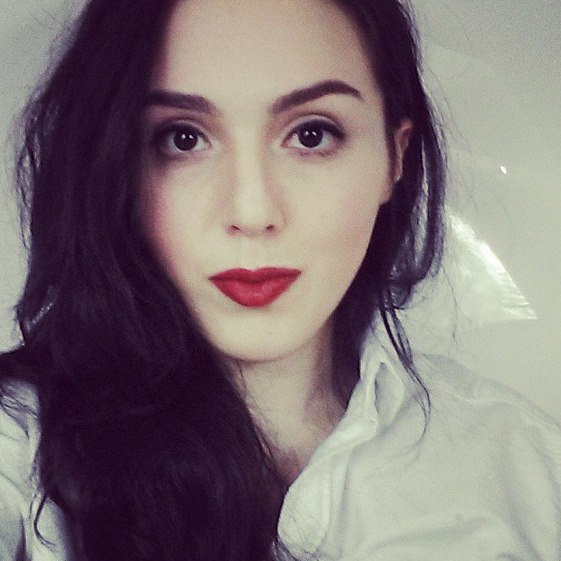 The shocking emails, which discuss Sophie’s learning difficulties, were released under an access request.

In one email dated February 2013, then Balliol Chaplain and Dean Douglas Dupree discusses Sophie’s learning difficulties with a uni doctor.

Douglas writes she would need “the absolute maximum limit of whatever concessions are allowed”.

He goes on to request for Sophie to be seen by a doctor “who can be straight and firm with histrionics and panic”.

The email Sophie’s dean sent about her: “why did we admit her?” 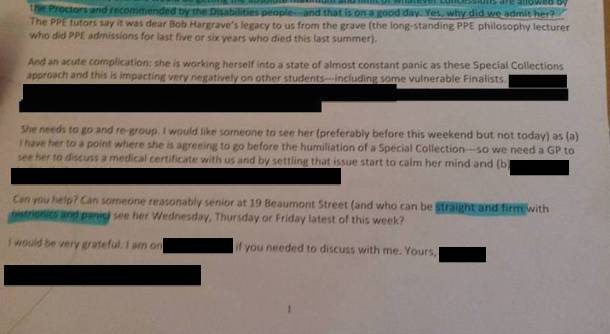 The second part of the email: find a doctor ‘who can be straight and firm with histrionics and panic’

Sophie, who was home-schooled in the North West, earned the A*AA grades she needed for her place to study at Balliol.

She has since founded her own social media business in London and is reapplying to Law school.

Sophie told The Tab: “The proudest moment of my life was when I got into Oxford.

“It had been my dream to do PPE at Balliol. My whole life revolved around it. I went to every open day and for two years during A Levels, I worked to get in.

“But just a term after arriving, I was losing my mind.” 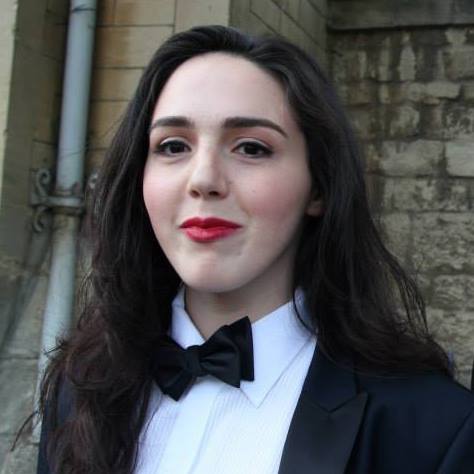 Sophie lives with dyslexia, ADHD and OCD, meaning she has a slower processing speed but explains she is “more than capable of producing work to a high standard” with extra time.

When she joined in 2012, she says the college denied her all the learning support she needed.

“Coming from a home school environment, I was overwhelmed by the new social dynamics around me. I was also trying to keep up with the essays my teachers gave me and I stayed up doing all-nighters to get them in on time.

“I was shocked at how dyslexic I was. I thought it wasn’t a problem. Just as I was trying to get a grip, I started to fall behind. I went to the college and said it was because of my disabilities and they started to get things in motion.

“That’s when I started to have OCD relapses. I hadn’t relapsed in quite some time, but it got so bad I couldn’t leave my room. I would make lists to cope but I kept having intrusive thoughts, where you’re anxious and terrified. The anxiety would make me scratch my skin.”

At the Christmas, Sophie tried to pick herself up and get ready for the next term when she would have exams halfway through the academic year.

But as she fell behind, the college denied her extended deadlines and piled on the pressure with academic probation. This would involved meetings to check on her progress, a measure set aside for students who are failing to get satisfactory work in on time.

On top of that, they assigned her a higher pass mark of 55 instead of the standard 40 for her exams to be sat earlier than her peers.

“They weren’t giving me extended deadlines and said they would give me my reading in advance but they never did.

“Then they put me on academic probation so I couldn’t have extended deadlines.

“I couldn’t keep up. There was nothing I could do and I was losing my mind.”

It all came to a head the next term as Sophie had to face exams with higher pass marks, essays, meetings about her performance on top of extra classes.

“Nothing could have prepared me for what was about to happen when I came back.

“I went from being really motivated to not having the will to live. I’m not a naturally depressed person but it was the pressure and what they did to me that made me so sick.

“It’s institutionalised. Oxford can make you depressed. A good student who doesn’t have a predisposition for depression can become depressed in that environment.

“They need to be dragged into the 21st Century.

“At Oxford, it is understood you’re constantly in crisis and that there’s a lot of depression. They need to do more about it or it is really bloody dangerous.” 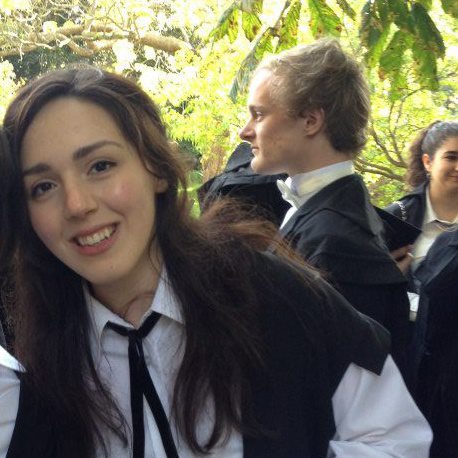 At her worst, Sophie was pulled into a two hour meeting with the chiefs at Balliol, who told her she “wasn’t cut out for Oxford”.

“They told me, ‘if you drop out, then you can reapply but if we kick you out, you can’t.’ It felt like they wanted me out.

“Because of all this going on, I entered a deep depression where I cried all the time. My friends were genuinely scared for me. I would have OCD relapses in my room so I slept in the TV room where I wouldn’t be alone. I was a nervous wreck.

“They thought I was making it all up. But people I personally knew killed themselves while I was at Oxford. My tutorial partner killed himself in that time.”

Andrew Kirkman, 20, doing Physics and Philosophy at the same college committee suicide in December 2013, just days after agreeing to go on medical leave.

“Eventually they put me on medical leave and banned me from any college facilities for a year. When I came back to visit some friends after their exams, they told me I had to leave.

“I thought, even if I get back in, they treat me like shit. So I decided to leave for my mental heath. It’s a hostile work environment. I wasn’t looking for particularly special favours, I just wanted to be treated equally.” 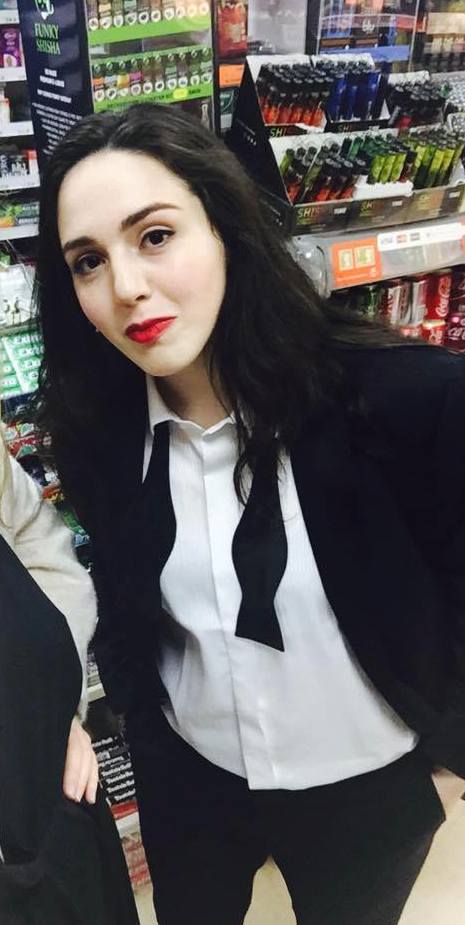 Oxford and Balliol College have insisted they have a “caring” and “proactive” approach to students with disabilities.

Balliol College said they are investigating a formal complaint, adding: “We cannot comment on that or on individual cases, but the college has a thorough and caring approach which is not fairly represented by selectively quoting from email correspondence.”

Oxford University said it takes a “proactive approach to students with disabilities” and “works in partnership with the student and the College to make sure necessary support arrangements are in place”.

A uni spokesman said: “The decision to take medical leave is never entered into lightly. It is used as one option within a strong and caring support system, often with the student’s agreement, which in many cases helps them to recover and resume their studies successfully.”

Now Sophie is setting up a website where disabled students at Oxford can tell their stories about experiencing mental health issues, check out Disabled Students’ Rights.