You want some? He’ll give it ya…Party with the Wealdstone Raider at his regional club appearances

The Hawks are playing well

Wizened football scourge, the Wealdstone Raider, is cashing in on his fifteen minutes of fame and is touring uni clubs in a round of paid appearances.

The Raider, real name Gordon Hill, is set to party with a plastic pint of lager in his weathered hands at Reading, Norwich, Oxford and Southampton.

He’s also rumoured to be going to Newcastle, Portsmouth, Ascot and Vauxhall in London.

Raider Gordon now has a booking manager to arrange his celeb appearances.

“The Wealdstone Raider is coming to loads of clubs so you can get your picture taken with him and maybe he’ll get on the mic and say some of his catchphrases.

“The inspiration just came to me. I thought it would be hilarious to see him in a club. We’ve got no idea what to expect.” 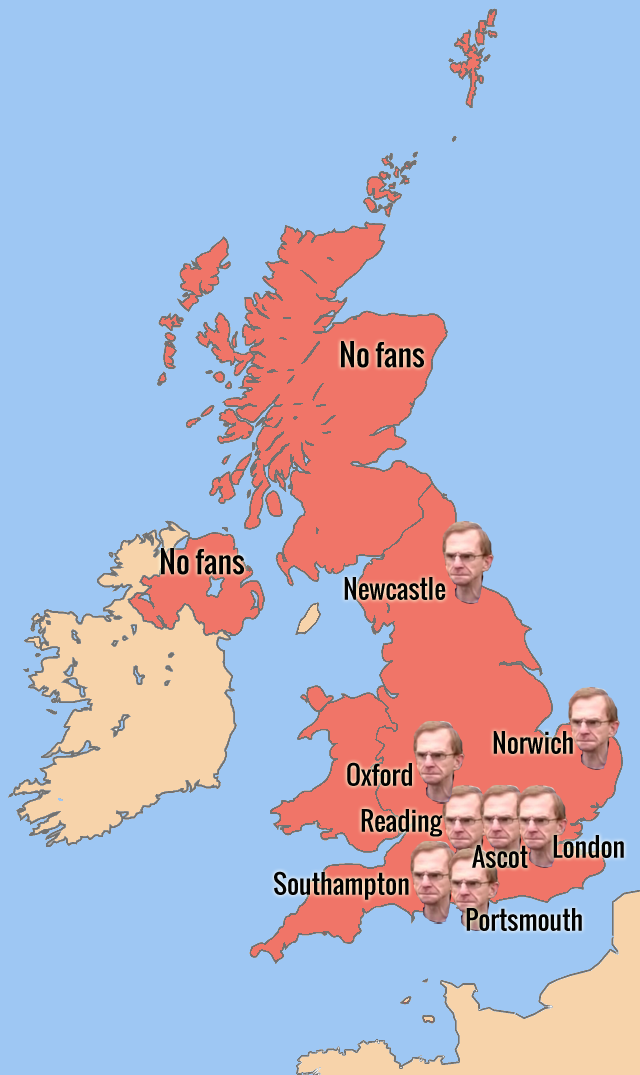 If you would like some, The Raider will give it to you.