Did she do it? UCL student in sick online rant saying ‘Hitler should have wiped out Jews when he had the chance’

A shocking and graphic Facebook rant saying “Hitler should have wiped out all those fucking Jews when he had the chance” appeared on the Facebook account of a second year UCL student.

The brutal outburst, on the personal Facebook page of Raja Almaiahi, a Linguistics student, came as an explosive sign-off to a series of posts critical of the Israeli government’s conduct in Gaza. 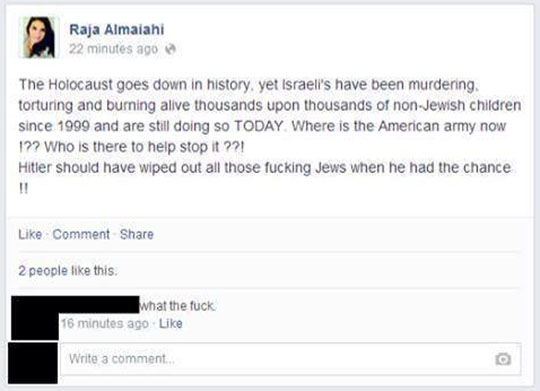 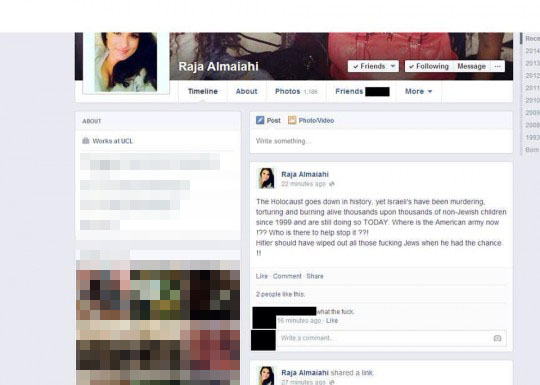 A university press officer said they were unaware of any complaints but The Tab understands at least two students have complained directly to UCL chief Michael Arthur about the politically charged rant, while another has reported it to a Jewish community organisation.

UCL is part of the University of London where Princess Anne is the vice chancellor.

The status compared Israel’s treatment of Palestine to the treatment of Jews during the Holocaust and said “Israeli’s” are guilty of “murdering, torturing, and burning alive thousands upon thousands of non-Jewish children”.

One student reacted with shock, commenting: “What the fuck.”

When we called Almaiahi’s phone, her aunt answered and said she was in the shower. She has since been unavailable for comment. 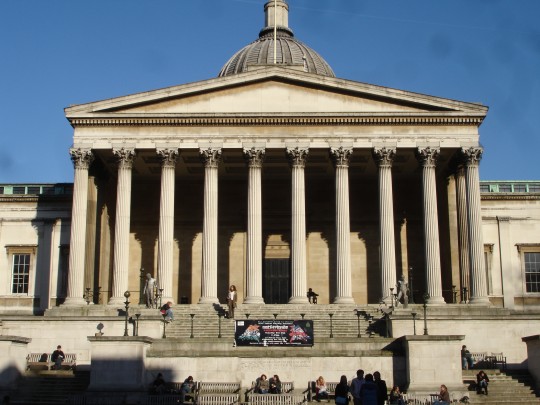 He said: “If the despicable declaration was written with sincerity and in earnest, the committee categorically deplores it.

“We are shocked that such an ignorant and inflammatory rhetoric could be thought and publicised by a student at such a well-established, prestigious and multicultural university, in which there is normally the greatest level of mutual respect among all students.

“Not only were her statements about Israel wholly inaccurate, but she condoned, welcomed and applauded the worst mass extermination and genocide of a people in history, the Holocaust.

“To have the audacity to condone Hitler alludes to how this student’s opinion reaches far beyond the difficult conflict and most importantly addresses her disgraceful anti-Semitic views which are abhorrent and unacceptable.

“Finally, the statement arguably creates a dangerous environment, not only for Jews but also for anyone who dares to have an opinion.”

The angry series of rants have since been deleted. It is unclear whether Almaiahi herself was the author of the clearly emotional anti-Semitic rant.

Ilia Barboutev, treasurer of Student Action for Refugees and former treasurer of UCL Tories, said: ‘Bigotry of any kind has no place in London’s global University and I hope that the administration agrees.”