Elsa Hammond’s current rate of progress means it would take her over three years to finish the race.

A British student who was hoping to become the fastest and youngest woman to row 2,400 miles across the Pacific has quit – after progressing just 60 miles in five weeks.

Elsa Hammond, 29, planned on single-handedly rowing from California to Hawaii as part of the Great Pacific Race. The English Literature PhD student was hoping to complete the challenge within 99 days in her custom-built 22ft x 6ft rowing boat. 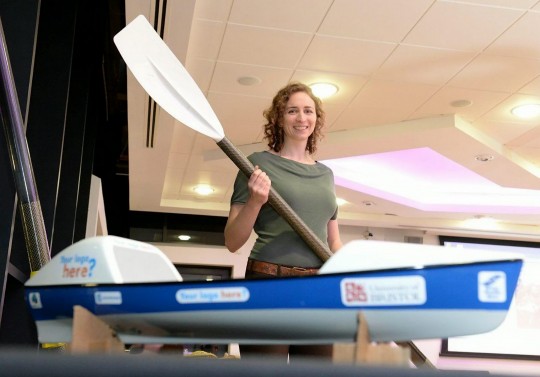 But bad weather and strong currents have blown her off course and after 37 days she is just 60 miles closer to the finish line.

At her current rate it would take her more than three-and-a-half YEARS to complete the challenge, so she has decided to pull out and row with the current to to Mexico.

Speaking on her blog, she said: “Given the tricky conditions I have been facing since the beginning I’m much further south and further behind schedule than planned.

“I am being advised that, even if I do manage to punch my way westward against the wind and waves from this position, the likelihood of meeting volatile weather (tropical cyclones, hurricanes) is greatly increased by the more southerly latitude that I’ll be rowing at and the increasing lateness of the year.

“I’ve thought long and hard about this, and have decided, with advice, that the most sensible decision is to alter course for a different destination.” 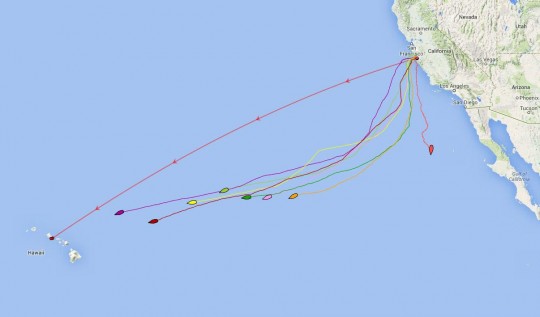 Elsa raised a staggering £100,000 to compete in the event and has sponsorship from Bristol University, where she studies, and a number of smaller businesses.

A total of eight boats are competing in the Great Pacific Race but Elsa is the only single competitor – the others are made up of teams of two or four.

She set off from Monterey, California, on June 8 with the aim of become the fastest and youngest woman in history to single-handedly complete the route. In order to beat the current solo women’s record she would have had to complete the route in 99 days.

But she has been unable to make progress against the strong headwinds and has drifted south instead of west.

She has actually travelled 560 miles and has the highest “miles per rower” of anyone in the race – but because she is heading in the wrong direction, she is just 60 miles closer to Hawaii.

Meanwhile, the pairs and teams have powered ahead and the leaders are now 1,282 miles away from the finishing line.

Elsa, from Bristol, added that she was disappointed that she had now altered her course but felt it was the right thing to do.

She said: “I am disappointed not to be completing what I set out to do, but I am confident that this is the right decision, and one that does not put an end to the journey.

“There are many risks involved in ocean rowing, and I started in the full knowledge of these, but the balance is now tipping to those risks becoming too great.

“I would rather alter course to a new route and make land under my own power now, than run the increasing risk of needing to be airlifted out later and putting my and others’ lives in danger.

“As it is I’m safe and well, and am continuing the adventure in an easterly direction. Although the destination has changed, and I am no longer racing, my aims remain the same.

“I want to celebrate inspirational women and to raise awareness of the issue of plastic pollution in our oceans.

“Please know that this has not been an easy decision to make, but I hope you agree that it is the best one, all things considered. Who knows what the coming weeks will bring?!” 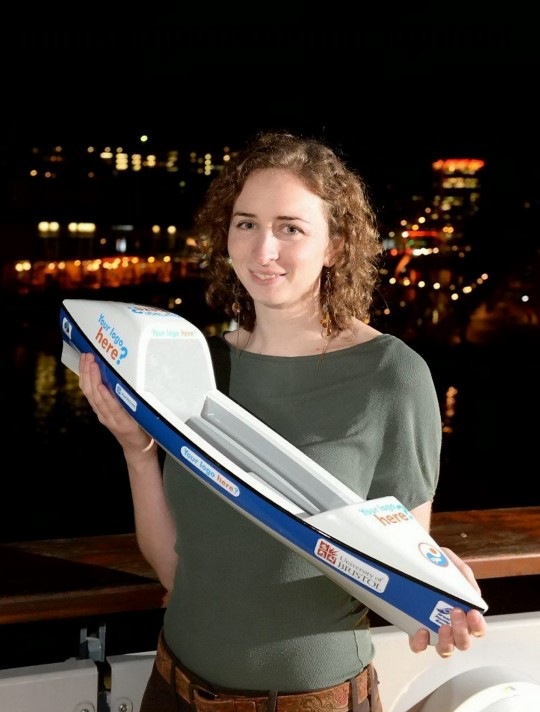 Elsa has now turned around and is rowing to Mexico instead

Elsa was raising money for The Plastic Oceans Foundation an environmental charity, and gender equality charity, the GREAT Initiative.

She has previously unicycled across England to raise money for a four-month conservation expedition to Borneo.

She also attempted to traverse the notoriously challenging Black Cuillin ridge on Skye.

Race director Chris Martin said: “We are sad to hear that after more than a month of battling against adverse weather conditions, Elsa has decided to postpone her row to Hawaii.

“We commend her in making a very difficult decision and having the dedication to complete her current journey by touching land under her own power.”