I spent a week trying out ‘talons’

I decided to go all glamorous and try the new celebrity trend of huge spiky talons for nails for one week. Unfortunately, it turned out less Rihanna and more Maleficent.

I had originally set out with the best intentions to get properly pampered and have them done in a nail salon. However a quick check of local salons informed me that the most fabulous talons cost a massive £60, which seemed ridiculously expensive two weeks away from student loans, the time of the year when even Tesco value noodles feel like a splurge. 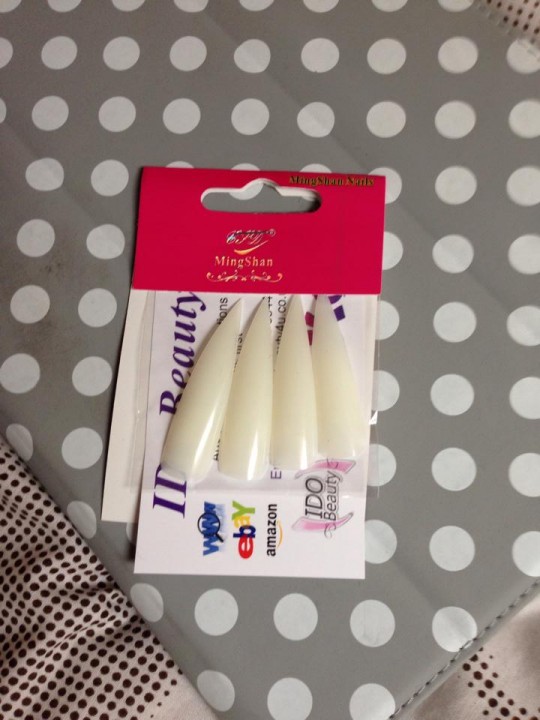 Almost as good as being pampered in a salon. Almost.

I managed to pick up two sets on eBay instead for around a tenner. Who says you can’t look fly on a budget?

Things started out pretty well. I eased myself into the experiment with a set of talons (the four quid ones) that are reasonably acceptable, still glamorous, still able to take someone’s eye out (probably my own). 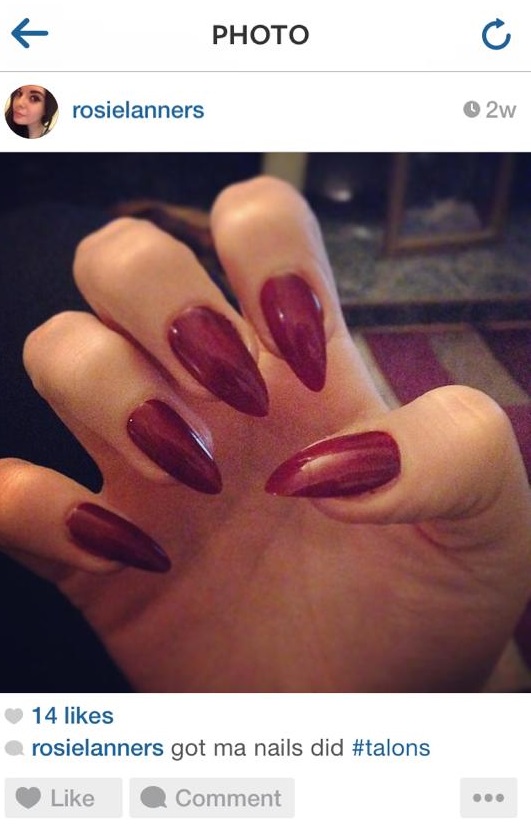 They also got me some Instagram likes despite the fact that I could barely text whilst wearing them, which helped. 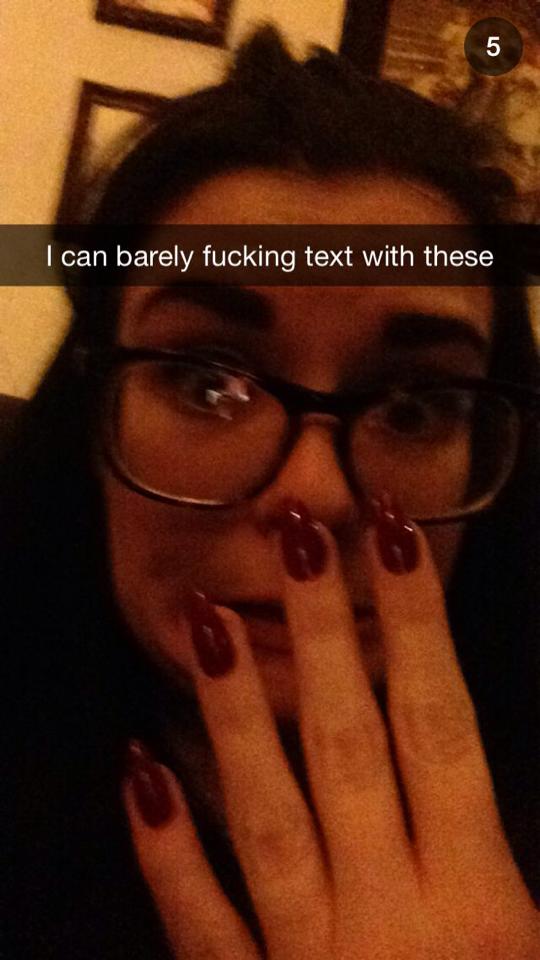 This Snapchat took a significant amount of time to compose

For the first few days I felt like a really shit girl as I struggled to do even basic tasks with womanly nails that weren’t bitten to the quick. Things I couldn’t do included using a sky remote, opening cans and typing without looking like a complete idiot. This not only ruled out trips to the library to revise but also watching Bargain Hunt and drinking without assistance. Grim.

As well as this I also managed to scratch myself quite badly in my sleep while wearing what can probably be classified as an offensive weapon glued to my fingers. I mean, it doesn’t look particularly dangerous here, but it really fucking hurt. 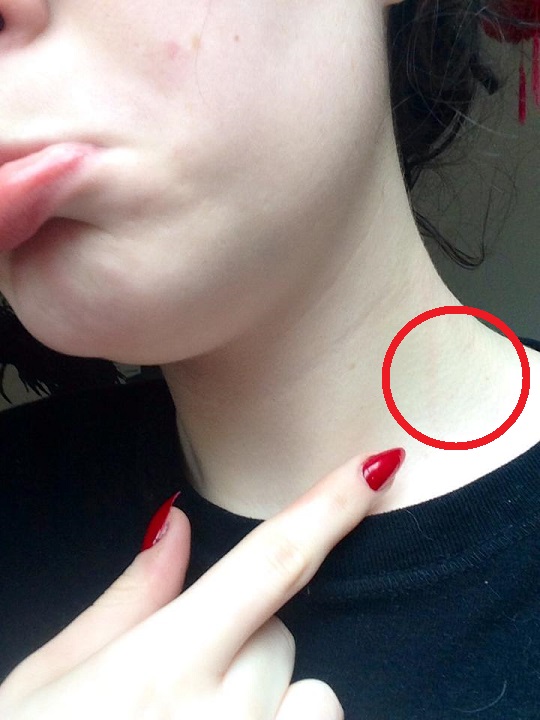 It was there, it was definitely there I swear

On the plus side, I did look very glamorous. More glamorous than I usually did showing up to class ten minutes late with no make up on and nail-polish in my hair. There’s something about having nice nails that makes you feel exceptionally well put together even if otherwise you still look like complete shit.

Which was lucky, because struggling to get used to them, I did look like complete shit. I didn’t want to risk blinding myself after a first disastrous attempt at applying eyeliner, and had to allocate at least three times the normal length of times to force myself into skinny jeans. 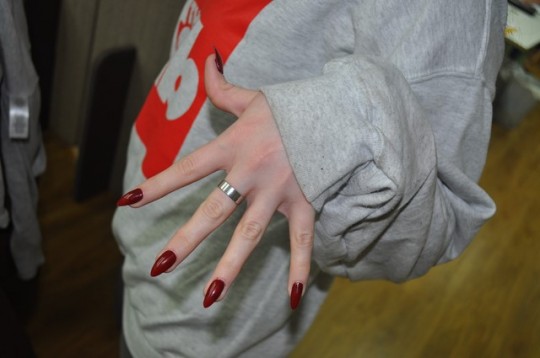 But despite everything taking twice as long while wearing these bad boys, it was pretty easy to get used to them. Soon I was typing out notes with my knuckles and ignoring the glares from fellow students in the library. They were probably just jealous – either that or drumming laser point nails on the desk and hammering the keyboard with your knuckles is poor library form or something.

The only drawback I could see so far was that my dog was terrified of my nails. Wouldn’t even eat treats I gave him. It was awful. 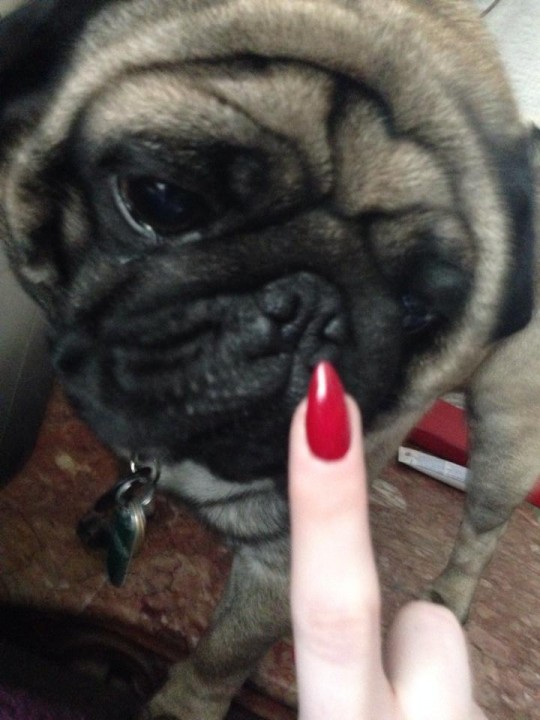 Bearing in mind that I was already almost used to being a glamorous vixen with nails that smelt like drain cleaner (top tip: you can skimp on the nails but don’t skimp on the glue) I decided to take the challenge up a notch and tried out the ridiculously long super talons.

Immediately, these made life much more difficult.

I couldn’t even paint them because holding the bottle with massive claws just wouldn’t work, so went around for the rest of the week wearing beige claws and looking like an extra in a horror film. 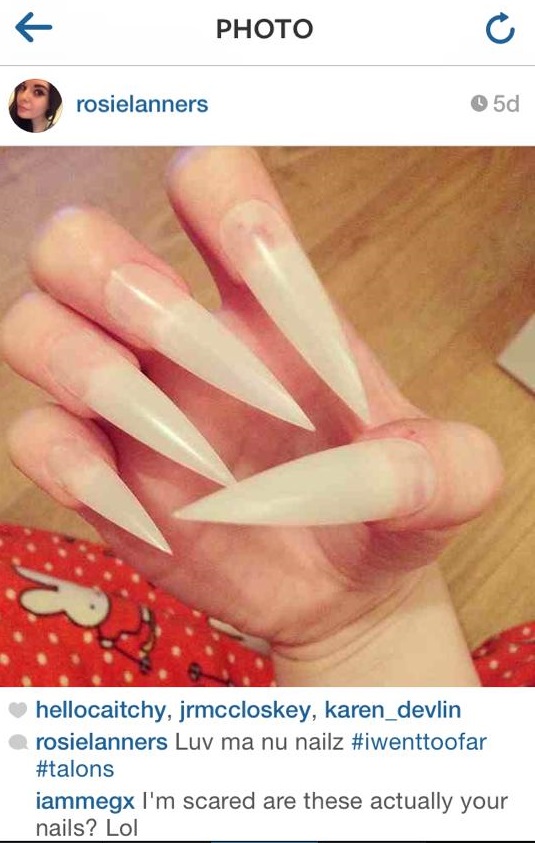 Having already pressed people to the edge of their patience with my mini-talons in the library and having found that typing even the most simple text was near-impossible, I decided to avoid revision until the end of the week (it was a handy excuse to have, really).

I eased myself into socialising with my mutant claws with something pretty easy, going to the corner shop. Maybe because crazy nail trends are catching on, the shop assistant didn’t mention the flesh coloured growths on the ends of my fingers, but did laugh at me when I dropped all my change on the counter. You try picking up a pound coin wearing these claws, it’s not as funny on the tenth attempt as it might seem.

In fact maybe because people were too afraid to mention my radical new accessory, maybe because they were nice and not judgemental, I didn’t get any nasty comments during the longest week of my life wearing them. They might have just said it behind my back – maybe it’s just too dangerous to insult someone with nails which could be considered a weapon. 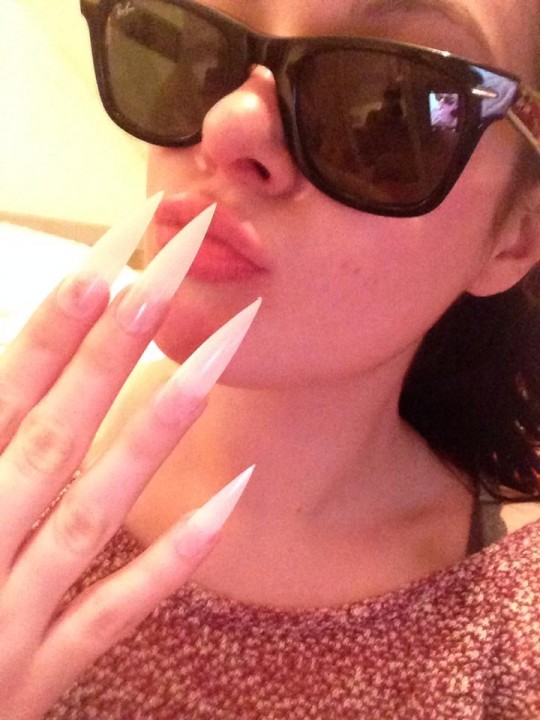 But I was still less brave than I thought I’d be wearing them, and was happy enough to spend the rest of the week hiding in my house. Particularly because wearing these nails made it impossible to put on make up, or put in my contact lenses, or wear anything with buttons or zips. Which basically meant that if the nails didn’t look odd enough on their own, they looked significantly weirder while wearing thick specs, bare-faced and constantly wearing tracksuits. I didn’t stoop to a onesie though, so at least I still have some dignity.

Luckily, I still had a meeting booked with my personal tutor in a cafe on campus so I couldn’t just hide at home scratching the days going by in the walls with my nails like I was in a prison drama and taking selfies where I pretended lamely to be Iggy Azalea. 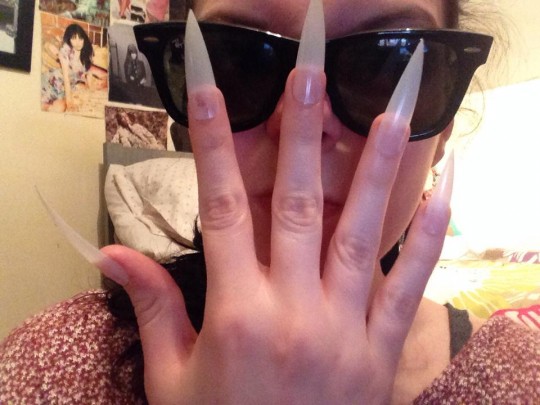 Clearly my tutor thought that I was having some sort of pre-graduation quarter-life-crisis that caused me to wildly change my appearance, because he spent most of our meeting glaring in bemusement at my hands. To hand it to him, he didn’t laugh when I got a bit emotional about essay deadlines and wiped my tears with a tissue, nearly losing an eyeball in the process.

You know those annoying people that go to the gym with a full face of make-up or a wear a snapback while they do lunges? Well I had to hold my tongue about them this week because I was one of them. Except worse, because I couldn’t wipe down the machines after using them with my massive nail disasters and the girl beside me on the treadmill very nearly tripped over her own feet because she was so preoccupied with staring at them in disgust.

At the end of the week I was pretty glad to scrape the bastards off. After disastrous daily trips to the gym, library, filthy looks from old ladies on the bus and the highlight of the week – when I got my own nails stuck in my hair for twenty minutes, I felt I was glad to get back to my own less attractive but more manageable manicure. 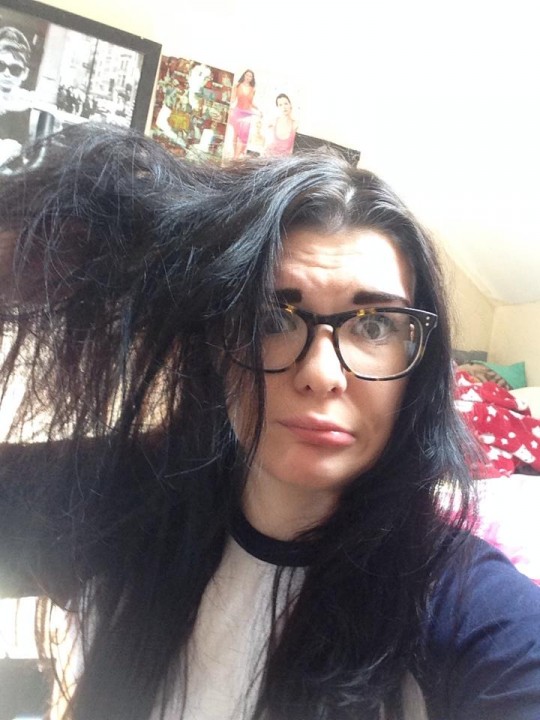 Not my finest moment

Having spent quite some time lusting after more glamorous mates pointy nail selfies (nelfies?) without being brave or rich enough to try it for real myself, I can safely say that by the end of the week I came to the conclusion that yeah, I’m definitely not co-ordinated or glamorous enough to pull the trend off.