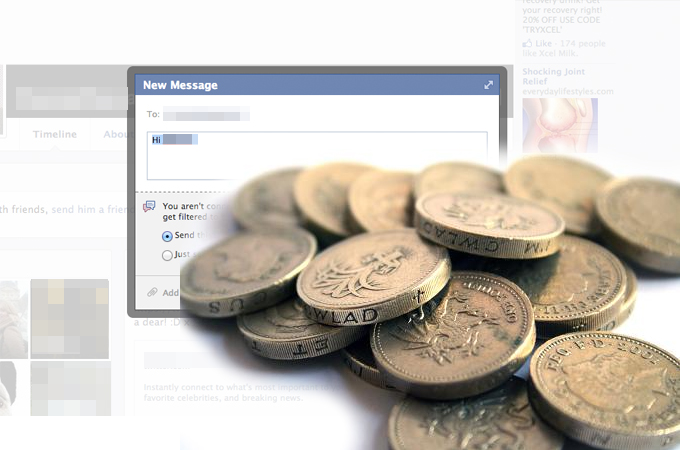 Social network introduces system of charging for messages to non-friends

Looking to contact that friend of a friend who you heard might have a spare Glasto ticket? Or do you desperately want to tell Tom Daley you can’t wait to see his abs on show at Rio 2016?

Messages to randomers used to be as easy as clicking a button, but now Facebook is to start charging you to contact people who aren’t your friends on the site.

The social network is testing a system that charges different fees depending on the popularity of a message’s recipient. 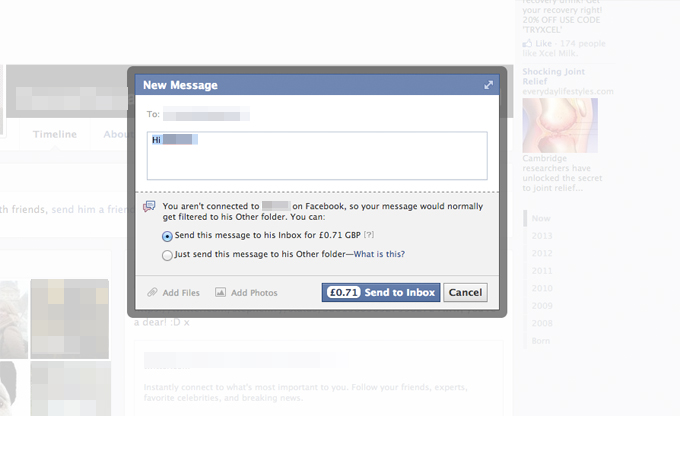 For example, if you want to contact celebrity diver Tom Daley, you’ll be charged top whack of £10.68.

But a message to an Eddie Izzard fake account will reportedly set you back just 18p.

The standard charge for messages to non-celebs is 71p, so if you’re spamming people to come to your club night, you’d better be prepared to shell out some serious cash.

Facebook says the system is designed to stop spam clogging up your inbox. Users will still be able to message non-friends for free, but these messages will go to the recipients spam folder, not their inbox.

Facebook said in a statement to The Sunday Times: “The system of paying to message non-friends in their inbox is designed to prevent spam while acknowledging that sometimes you might want to hear from people outside your immediate social circle.

“We are testing a number of price points in the UK and other countries to establish the optimal fee that signals importance.”