SU candidate in war of words

A war of words has broken out between Nottingham uni student union election candidates, with one branding fellow students “little flies who won’t fuck off.”

Just when you thought you could finally go online without seeing a campaign poster, Twitter was overrun by mudslinging and low-level clashes. 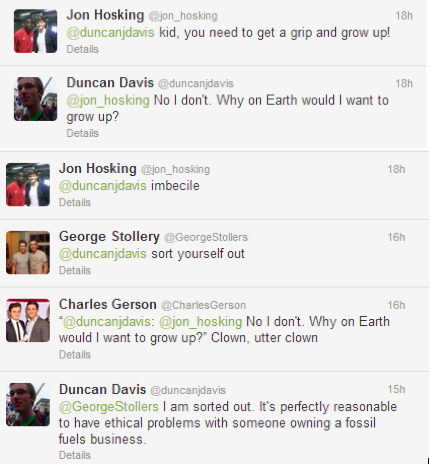 And Temper Tom certainly didn’t hold back, branding his e-enemies:

The vicious outbursts are thought to be a result of a maverick election rule change, which saw the Guild REFUSE to get involved with social media campaigns.

Although all parties involved have since apologised, an election committee spokesman described the slackened rules as “ridiculous.”

“It hasn’t helped anything… it’s just caused a lot of problems and a lot of petty complaining,” he added.

“If candidates are faced with abuse like we’ve received this year then they won’t run, and there’ll be less votes,” Tom told The Tab. “We need more protection.”