He said ‘feminism is cancer’

Who the hell is Milo Yiannopoulos and why is he coming to Clemson?

If you don’t know, Milo is an alt-right British-Greek “journalist” (if you can call him that), who makes a living from offending people and validating the opinions of bigots, racists, and sexists.

He’s come to Clemson tonight, to performing a show called “Make Clemson Great Again” and will be speaking about some pretty controversial topics in Tillman Hall.

Now, first of all, Clemson is already pretty awesome, generally, we’re tolerant, happy and inclusive. When things go wrong we call them out. We’re already great, so your job is done, Sir.

Milo really should not be welcome here because he’s a racist, anti-feminist, Harambe-on-campus supporter, and actually just judgmental of anything he does not agree with, or that has potential to offend people.

Milo divides us when we should be focusing on what unites us. Not even just validating the alt-Right, but also creating anger on the left, which could lead to violence.

He is so offensive that he’s been kicked off Twitter for his comments and has caused many protests since he started speaking.

As if you don’t already know, here are just a few of his quotes to anger you:

“We’re also changing the way that exams are mocked to make them easier for women because women don’t test well on exams so boys are struggling boys are falling behind.”

“It doesn’t surprise me to hear a lesbian skeptical about family values.” 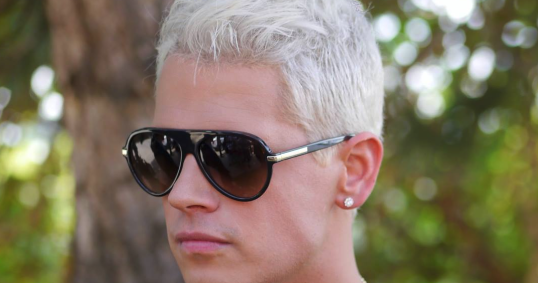 Maybe Milo really is Voldemort (almost the best situation), maybe he’s just an opportunistic slime-ball who has realized he can make money out of offending as many people as possible (probably), or maybe he really believes everything he says (unlikely).

I don’t know why We Roar invited him to come here, we just don’t need this kind of hate on campus. This dude is a bully and lights fires just to watch them burn. Why is he invited here?

Just because you can, it doesn’t mean you should. Shame on you.