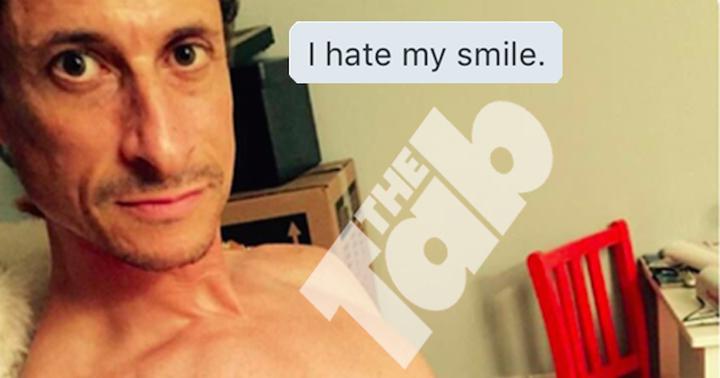 He sent her explicit pictures and videos last year

Another young woman has come forward with revelations about Anthony Weiner.

In an exclusive interview with The Tab, Kathryn Isaac, 22, told us how the ex-congressman contacted her through Twitter and sent highly explicit Snapchats over the course of a month.

She told The Tab: "He’d go on about how he loves going down on girls for hours, and that he’s really great at oral because his nose 'is so big that it hits the clit.'”

Kathryn, 22, is currently living with her parents in Manhattan and works as a barista. The Tab has interviewed her several times, and has been shown multiple messages she sent to friends at the time about Weiner's behavior.

Yesterday Weiner was sentenced to 21 months in prison for sexting a 15-year-old girl. That online relationship began in January 2016, and continued until July of last year.

Kathryn’s correspondence with Weiner took place in June and July 2016, showing that he was likely sexting both girls at the same time. He appears to have sent both Kathryn and the teen the same topless photograph.

"I hate my smile," he told Kathryn in a Twitter DM, followed by the picture. 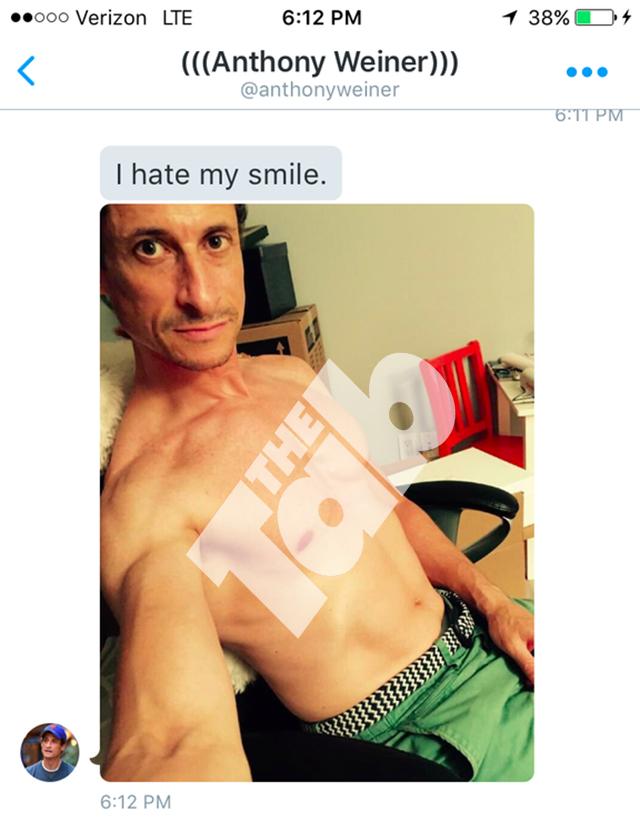 Weiner, 53, will begin his prison sentence on November 6. He has a long history of sexting young women and underage girls while married, and has publicly sought treatment for his sex addiction.

Most of Kathryn's messages with Weiner auto-deleted within seconds because he purposely moved the conversation to Snapchat. His initial topless DM was sent from his since-deleted Twitter, @AnthonyWeiner (the handle is now used by a parody account).

The Tab contacted Weiner's lawyer, who did not want to comment on the record for this story.

The following is an account from Kathryn Isaac about her month-long correspondence with Anthony Weiner. 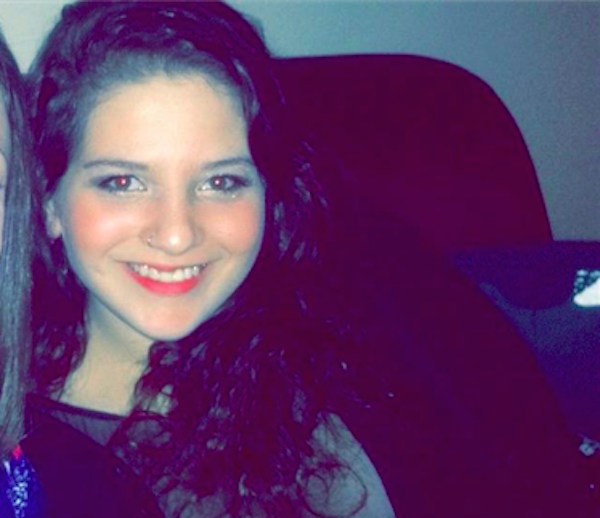 Kathryn Isaac, who The Tab has spoken to several times

I was listening to a podcast that briefly mentioned Weiner, the documentary about Anthony Weiner and the sex scandal that ruined his 2013 run for mayor of New York. The movie made me sympathize with him because, despite his mistake, his policies were great and he’s a good guy.

When the documentary was over, I tweeted how funny it was that the press didn’t cover Weiner’s policies for the middle class.

Just watched 'Weiner' about @anthonyweiner and his 2013 mayoral run. Funny how the press didn't even cover his policies for the middle class

About 20 minutes after I sent the tweet, Anthony Weiner slid into my DMs and said something along the lines of: “Yeah, they tend to forget that about me.”

After a few dry exchanges, he sent a topless selfie of himself and then asked if we could move the conversation to Snapchat. When I asked him why his username was Poolboy1, he told me: “No-one would ever guess that I’d be a pool boy.”

When Weiner asked to meet up at a bar in Manhattan, I was like: “What about your wife?” He said they weren’t living together anymore, but I had no intention of seeing him. I think he’s disgusting. I wasn’t talking to him because I was interested in him sexually, it was more of a social experiment.

One time he was doing a radio interview and he asked me if I wanted to listen. I jokingly said he should give me a shoutout, and he agreed. I didn't tune in. Sometimes he sent me more random messages, like a picture of a seat at the park when he was on an outing with his son.

We stopped talking around August 2016 when I moved to Florida and stopped using my phone for a month. In September, when I turned my phone on, I saw I had one last Snapchat message from Weiner. He wanted to let me know that he was deleting the account and that he admired me and was thinking of me.

When I heard about the recent case, I wanted to make sure he knew that the 15-year-old he was talking to was in fact underage. Turns out he did know, so I think he deserves his time in prison, but he also needs treatment.