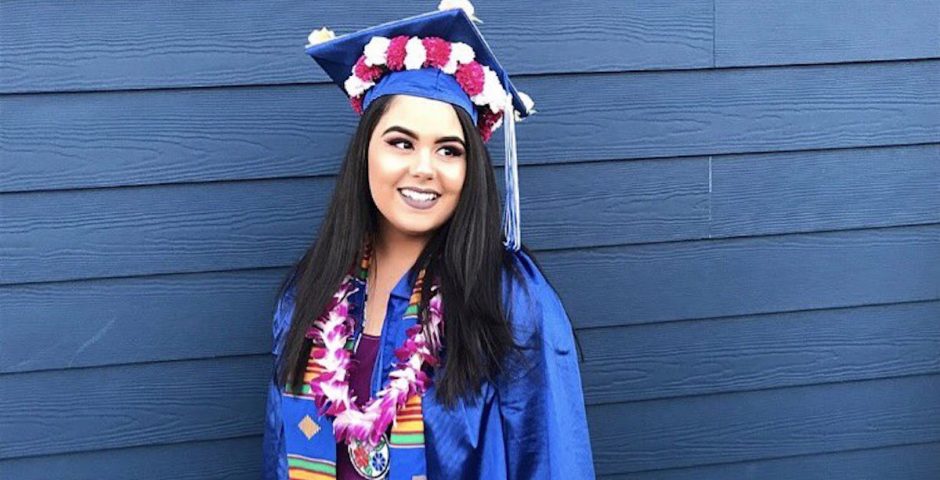 Only 13 percent of Native Americans get college degrees. Cheyanne Shaver is one of them

This spring Cheyanne Shaver became the first person in her family to graduate with a degree, so she celebrated her success with this tweet:

13% of Native people have a college degree. I am the future of resilient Native women carrying ancestral wisdom. #indigenouswomenrise ?✊? pic.twitter.com/aaH7PLu48q

Cheyanne is a Native person of both Ojibwe and Crow background.

“It’s hard to say exactly what tribe I am from because my family was displaced for several generations, causing them to lose knowledge about their Ojibwe ancestors and motherland,” she said.

Not only that, but the displacement from her father has further made it difficult to understand and make sense of her Native background. But she does know one thing: no one in her family went to college. Her grandmother dropped out to help her father log and run his horse ranch, and her mother also never received the opportunity. 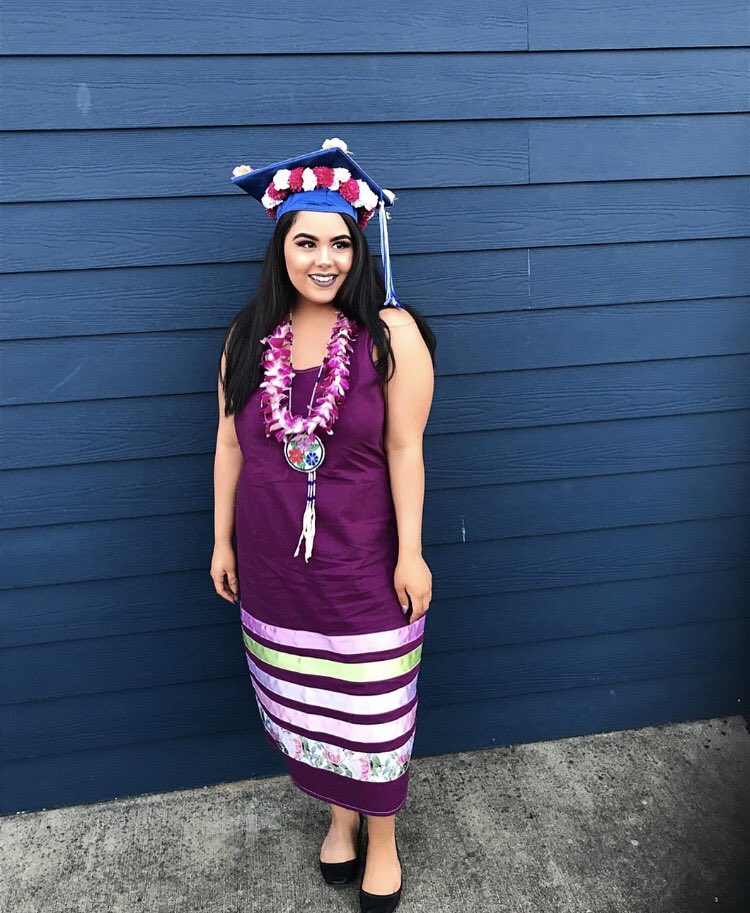 “The economic realities of colonization mean that Native people don’t always have the time to dedicate to academics,” she said. “Many of our people are in positions where the potential increase in income and lifestyle can’t compete with the immediate appeal of a paying job.”

Cheyanne admits that she almost didn’t go to university as well.

“I had no idea of how to enter college as a high school student,” she said. “In fact I didn’t even know how to file a FAFSA until my counselor made me do it in the final weeks of my senior year. This confusion didn’t end at my college. I constantly felt like I was one step behind other students in terms of applications, Despite this I was able to succeed as a college student and student coordinator.” 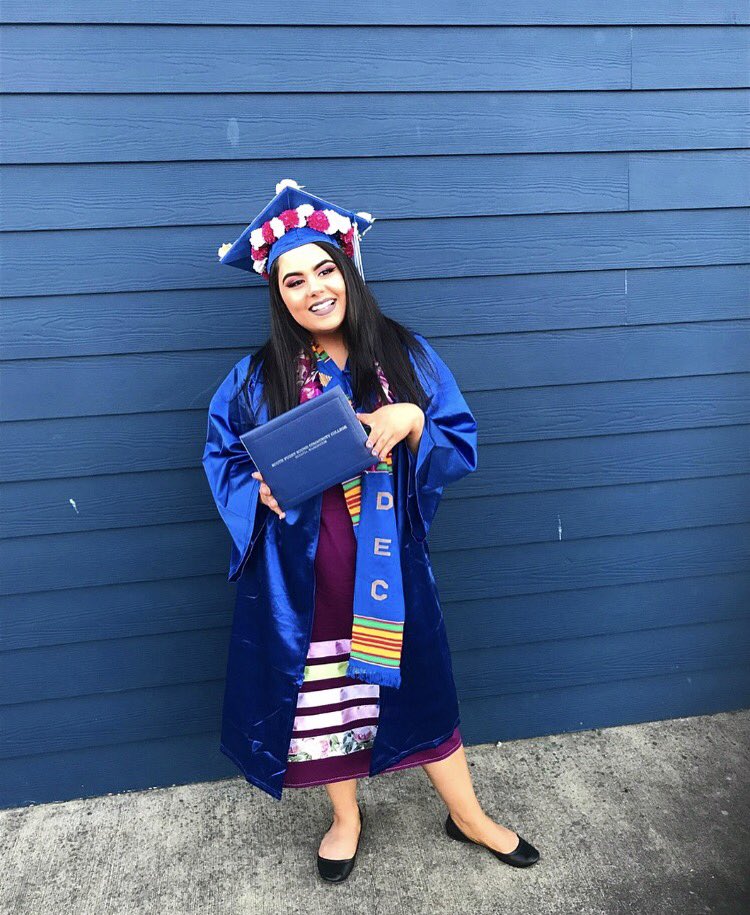 College became an escape for Cheyanne, and a chance to gain some independence; but along with it came a stress she couldn’t handle alone.

“I needed role models to motivate me through the stresses of being a woman of color in higher education.”

Those role models came in the form of other Native women or women of color in her life.

“Seeing Native women who can be so connected to her people and become a council chair, state liaison, and CEO inspired me to take my education and development further than I thought was possible.”

With the inspiration of those women, her boyfriend, and other Native students, this first generation student graduated in the spring.

Cheyanne walked with “Strong, Resilient, Indigenous” written on her cap. 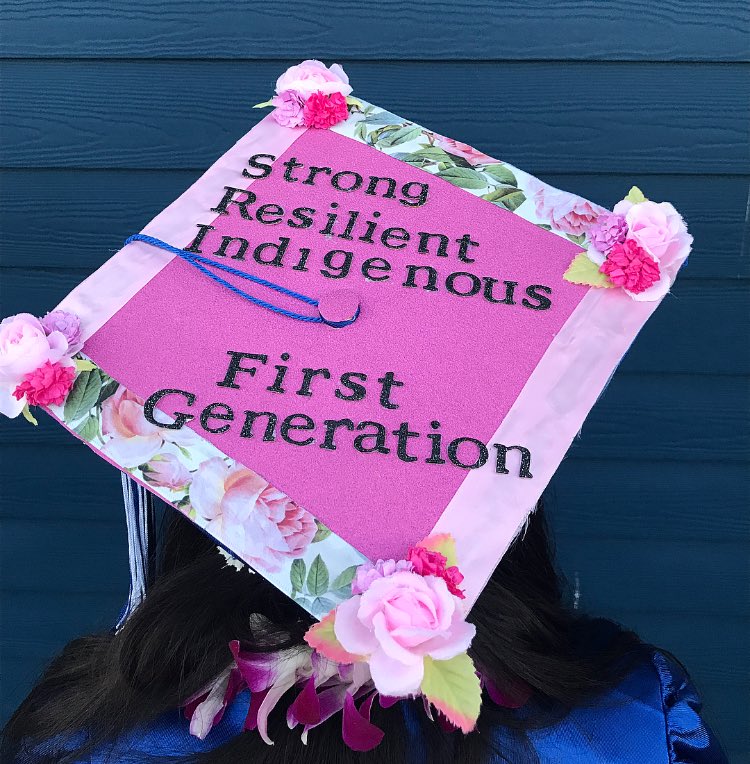 “I didn’t want a plain cap because it wouldn’t have represented my personality or my identity. As a Native student I find that it’s important to distinguish ourselves wherever possible. I chose the words ‘Strong, Resilient, Indigenous’ because that slogan has always resonated with me. I also felt that it was important to honor the fact that I am a first generation college student.”

Cheyanne plans on continuing her undergraduate education with a communications major and a minor in Native Studies.

Donate to her GoFundMe here.