What is Vyvanse? Meet the Adderall alternative taking colleges by storm this exam season

Studying is hard, OK? With enormous workloads, crippling pressure and endless distractions, is it really so surprising that college students are resorting to…alternative methods of motivation. Like Vyvanse.

Over the past decade, the trend of taking ADHD medication to help maintain concentration has tightened its hold on the American university campus. The most common of these, Adderall, is well known to most students — and as a result can be quite hard to get your hands on. Vyvanse, however, is swiftly emerging as a more accessible competitor.

We spoke to college students who take and sell the rising star of study drug.

Brian* started taking Vyvanse in high school and now attends a large public university in the northeast. Laura* has been taking a variety of study drugs since the start of her sophomore year at her college in Florida. And Sarah* not only uses study drugs, but sells them to her peers at her school in New England.

“I felt euphoric, but not overwhelmingly so. A common complaint is you take it to study and end up making a trap beat or solving the New York Times crossword in 30 minutes instead. It made me hyper-focus, be it on an essay or how much I was sweating. Taking Vyvanse is…fun.” – Brian

“I once took it for four days straight. The morning I didn’t take it after that, it was like I was going through withdrawal and I thought I was gonna die.

“It’s very obvious that somebody whose body naturally functions efficiently enough to do work will experience bizarre and perhaps dangerous side effects.” – Laura

If you’re not prescribed it, yes. Vyvanse is classified as a Schedule II controlled substance in the United States, the same scheduling category as cocaine. The Department of Justice says: “It is illegal to use prescription drugs without a valid prescription or to distribute them.”

Where can I buy Vyvanse?

“I don’t buy either because so many people are on it that friends pass it around as though it was a glass of wine or a few hits from a joint. You can buy it from any laid back kid with a prescription – it’s endless.” – Laura 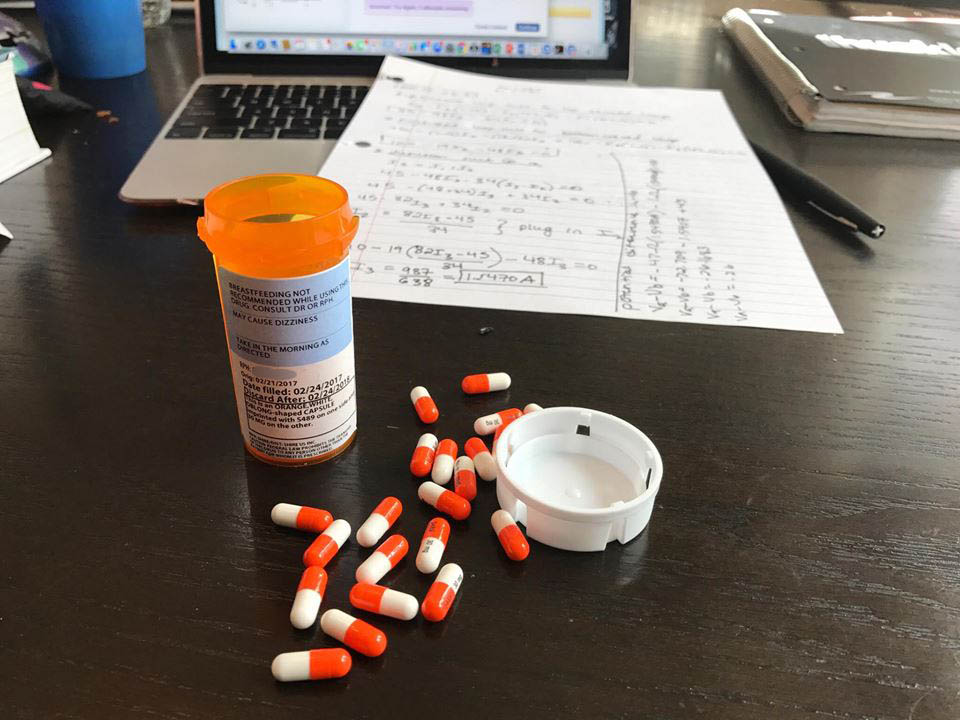 How much does Vyvanse cost?

How much Vyvanse should I take?

“I usually take 30mg on a regular school day.” – Sarah

“I suggest taking 20 mg at the start of the night, and then 20 more if you don’t want to sleep before an early exam.” – Brian

Is taking Vyvanse dangerous? Are there Vyvanse side effects?

Amphetamine psychosis can occur in very heavy uses, but is rare.

Addiction is possible with heavy recreational use, and technically you can overdose on Vyvanse if taking it in conjunction with other substances.

A Food and Drug Association study in 2011 showed no association between Vyvanse use and heart attacks, strokes or sudden death.

“It’s better because Adderall sucks and it’s overused by angsty frat boys who think their major is “so hard” but really it’s easy and they’re just not the brightest bulb on the chandelier.

“Adderall keeps you focused for about 4-6 hours at its peak while vyvanse lasts for a solid 14 hours of straight non interrupted pure focus.

“Vyvanse is the drug of choice for people who are already smart but need to focus.” – Sarah

“Vyvanse feels a lot stronger. When I’m on it, I don’t get as much work done because it feels like I’m rolling. I prefer Adderall because my mind isn’t racing as fast and because I don’t have ADHD and I can focus without it, it’s more of a boost and jump-start rather than an amphetamine overload.” – Laura

*Names have been changed to protect identities.