I Tindered as a Trump supporter and got over 300 connections

As if they’re trying to complicate this further, the brains behind Bumble, the app where women speak first, decided it’s necessary to declare your political affiliation to your future bae. Users can select Bernie, Hillary, Trump, as well as some even more controversial candidates, like Kanye and Frank Underwood.

I wondered what it was like trying to date as an outspoken Trump supporter in New York City. I figured the Republican dating pool was pretty small here, and even smaller for someone who wholeheartedly supports the candidate many within the party are now denouncing. I imagined showing Trump support on my dating profile would snag me a pretty homogenous group of matches: white guys in vests.

Fucking with people online seemed like a fun way to kill some time, so I called it a social experiment and turned it into an article. 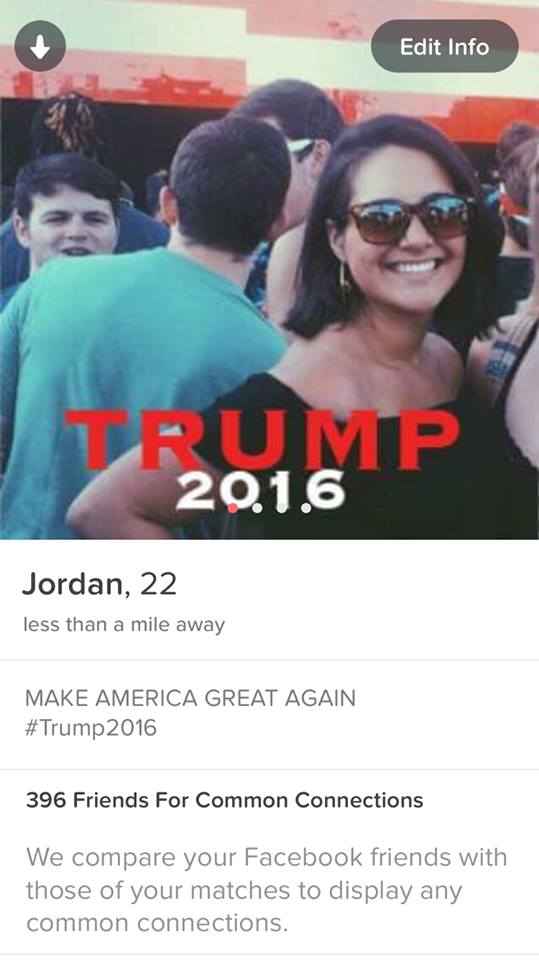 Starting Monday, I Tindered like a conservative, or whatever you call people who are voting for The Donald…Trumpeters? Even in the liberal capital of the US, there are plenty of people looking for a partner with good old, billionaire, sort-of conservative values. There are also obviously a lot of people to whom those values are repugnant, and who will gladly match you just to let you know.

I was off. I began my quest on Tinder. After a few minutes of vigorous right-swiping, I was banned from matching for 12 hours.

But I already had some good matches to work with. So I waited. Within a few minutes, I caught my first liberal. 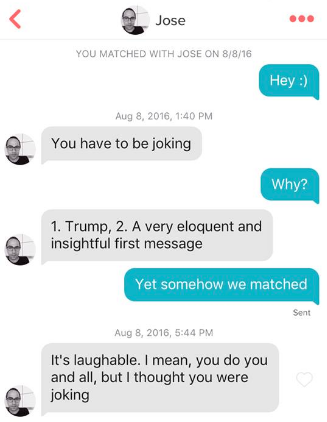 I soon received messages from a bunch of other people who also did not so much like Trump. 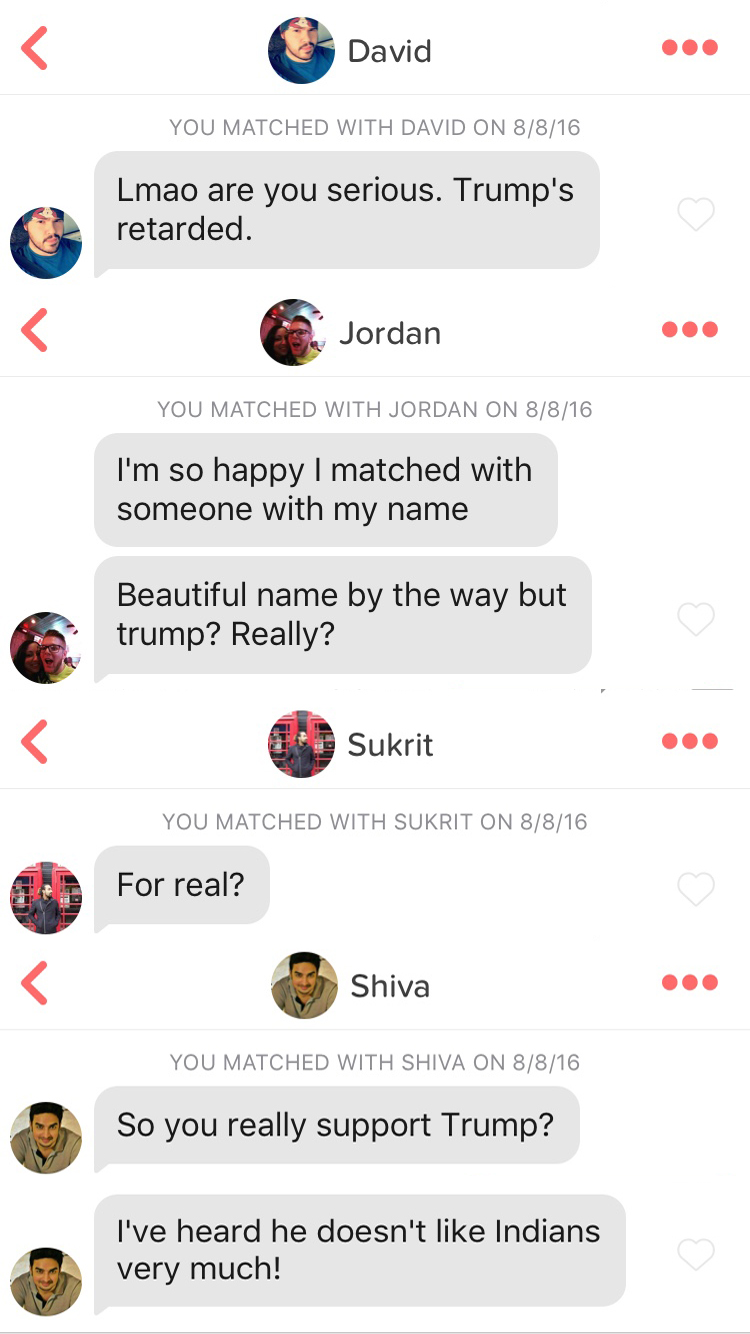 Poor, sweet Shiva. I felt badly for causing offense, and I was certainly embarrassed for taking on a certain racist-y vibe.

I wondered if this was how the average Trump supporter who wasn’t a member of the KKK often felt. Someone else took offense to my political beliefs, too. But apparently he wasn’t too bothered. 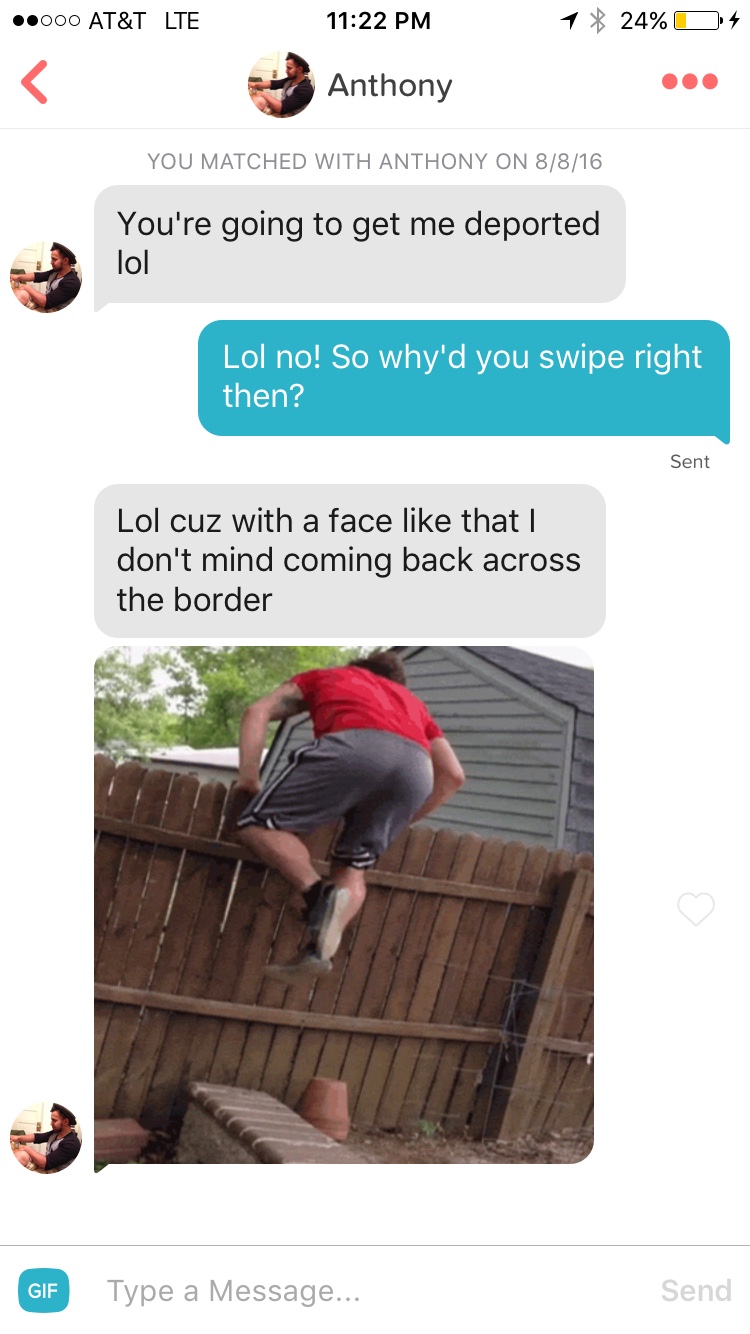 Bumble was a little easier to use. It never banned me from swiping, no matter how long I went at it. Within half an hour I had over 200 connections. 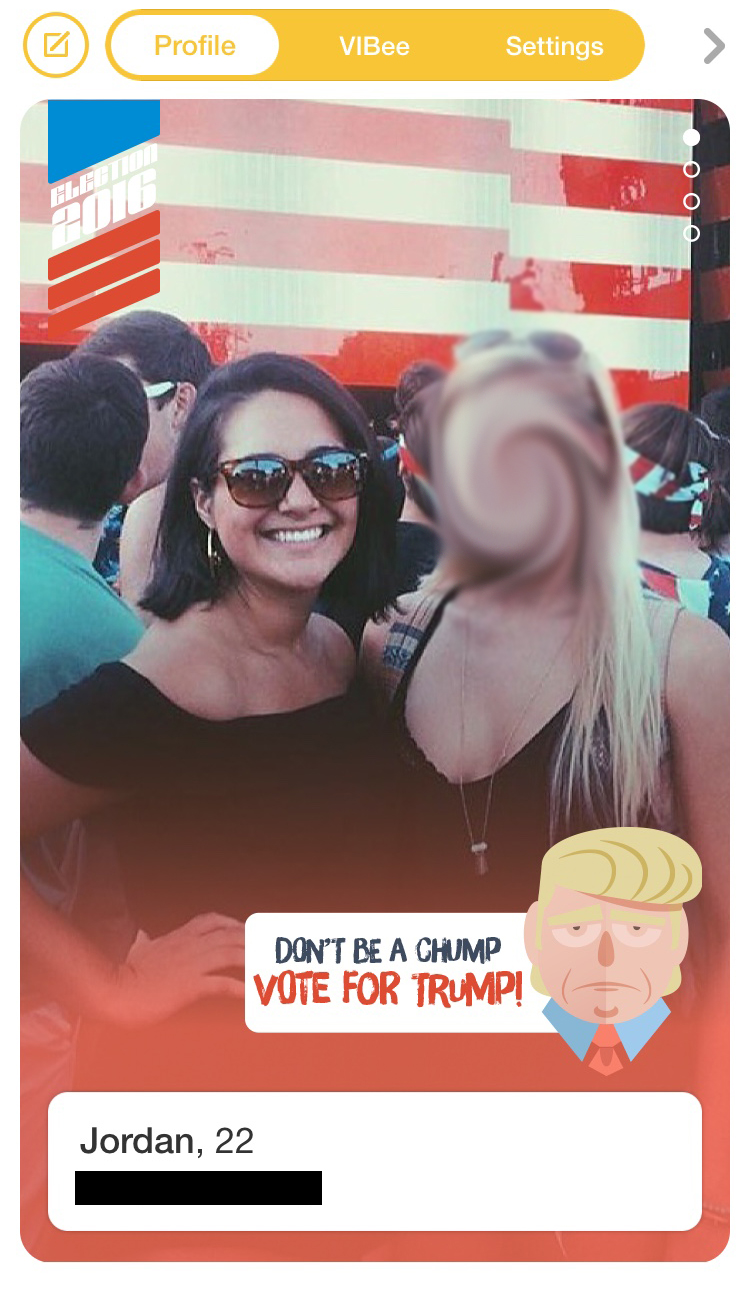 Unfortunately, I couldn’t just sit on my ass and wait for the self-righteous messages to roll in. Bumble required me to reach out to these guys first.

On that note, Bumble might want to reevaluate its security settings, considering I consecutively harassed over 300 people with the same dancing Trump gif just to gauge their reactions for an article. 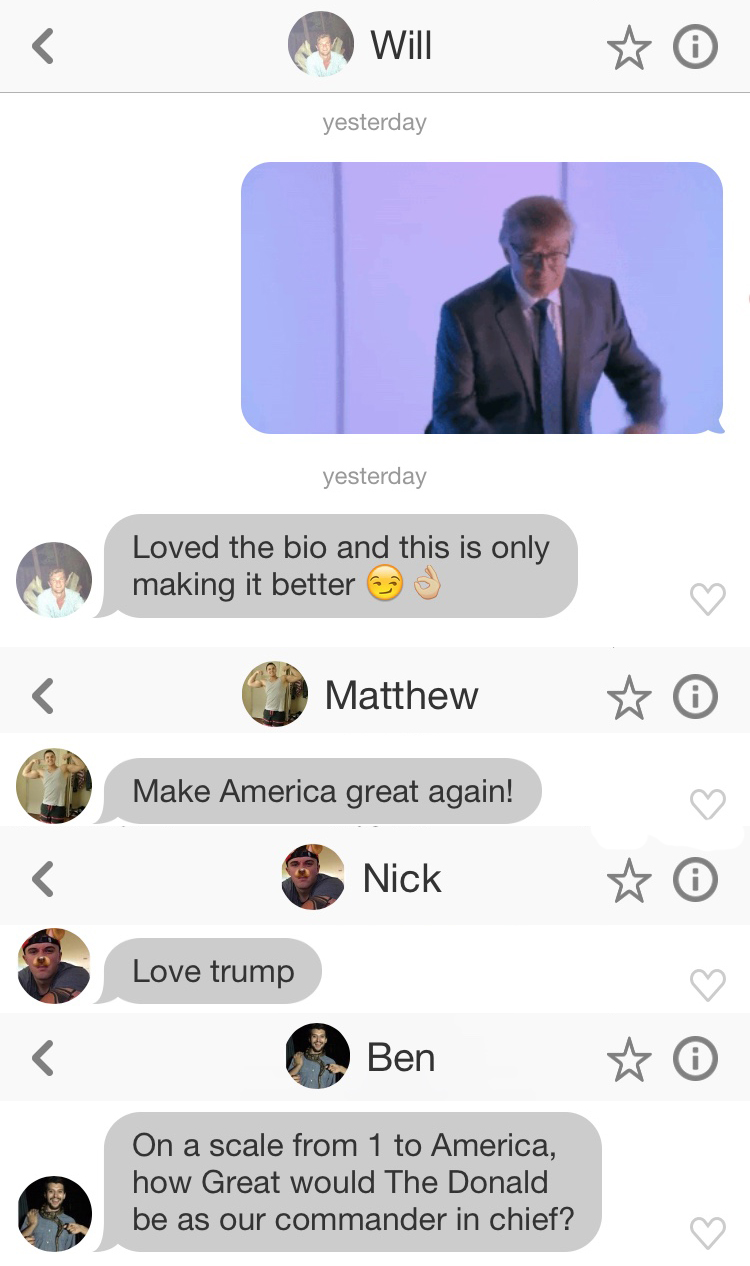 I spent most of the day thoroughly spamming each and every one of match. This was becoming a more taxing social experiment than I had intended. My pinky finger had a permanent iPhone dent for the rest of the week.

Once in a while one of my matches would catch my eye as someone I would have swiped right if I weren’t writing an article.

I wondered what we’d talk about if I hadn’t sent him a Trump gif. Where would we go on our first date? Would it lead to a second? He’s posing with a kid in one picture. I wonder if that’s a cousin. I wonder if he’s close to his family. What would we name our first kid?

Then he’d send me back another pro-Trump message, and all my visions of a loving life together would fly away. 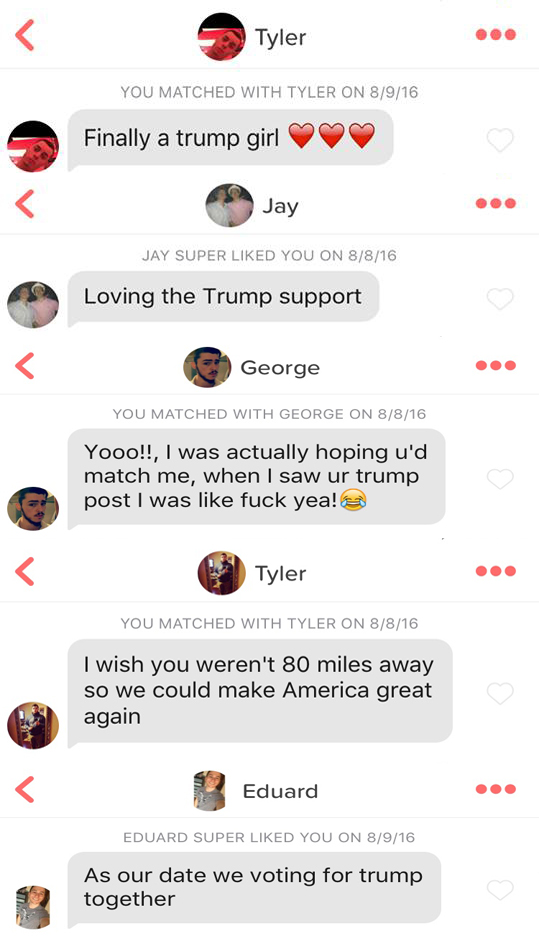 The love for Trump on Bumble surprised me even more than it did on Tinder. Bumble’s message is female empowerment – it gives women the power to make the first move. It wasn’t the place I thought I’d find his most doting supporters – and certainly not in NYC.

But, I am human, and alas, I am prone to misjudgments. Surprisingly, guys on Tinder and Bumble both showed me the love for my pro-Trump profile.