‘The truth is though, that I don’t really like Americans.’

It’s near impossible to escape the elections in the US, but what do our friends on the south of the continent think? From an eccentric Trump to our first woman president this election is one like no other.

Most of the people we talked to on the streets of Buenos Aires, didn’t really know much about the US elections, but the ones that did mentioned Trump again and again.

Undoubtedly, Trump’s media campaign has succeeded, as Hillary Clinton seemed to always stand in the shadow. In a country that was governed by a woman for eight years, US governance by a woman is still seen as skeptical but one by a candidate who plans to isolate the US from Latin Americans seems like an even worse idea. 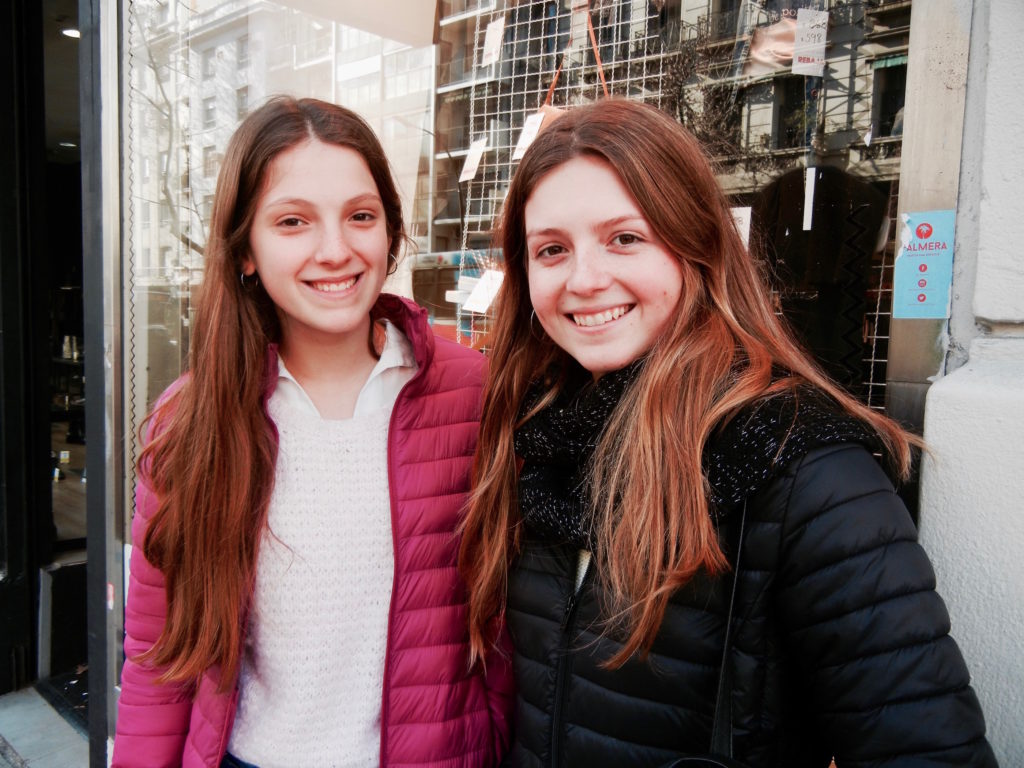 I don’t know much about the elections except that Donald Trump is racist. His ideas are absolutely crazy and the worst part is that he’s supported by a sector of the population. Personally, I would not vote for Donald Trump. 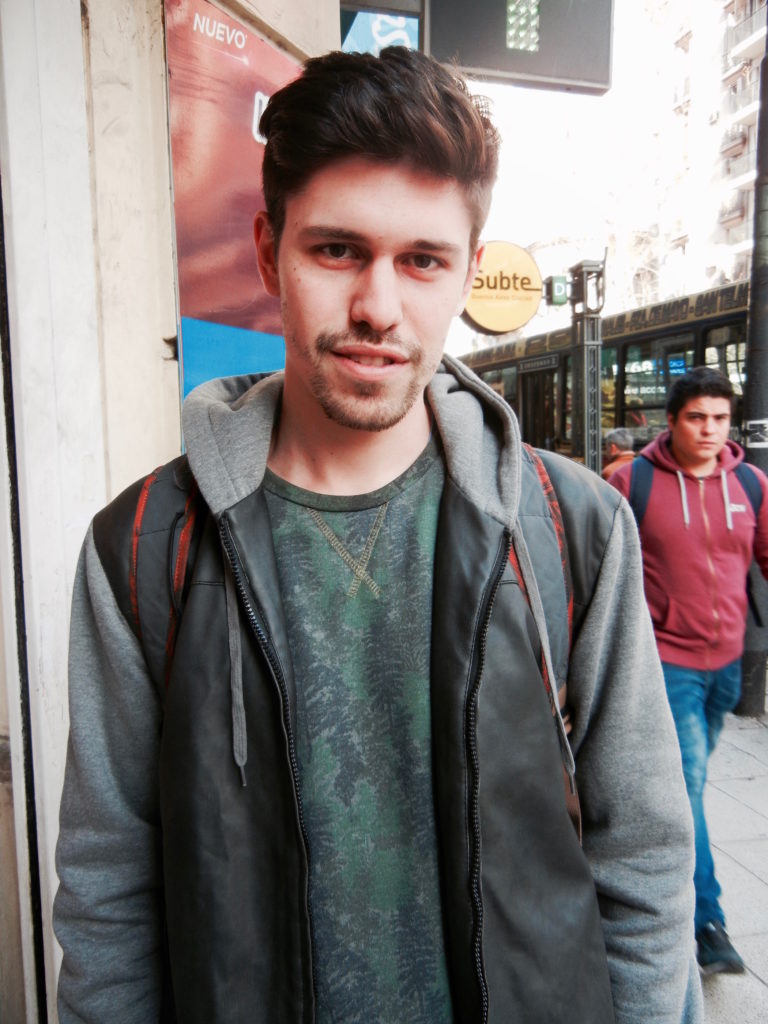 The guy who wants to take office now [Trump] is insulting many countries, which is unacceptable. Furthermore, he has a lot of things to fix in his country. I can not talk much about Clinton because I do not know much about her.

The election reminds me a bit of our Scioli – Macri presidential election at the time. There is a lot of work by the media that makes you hear about one candidate a lot and not the other. 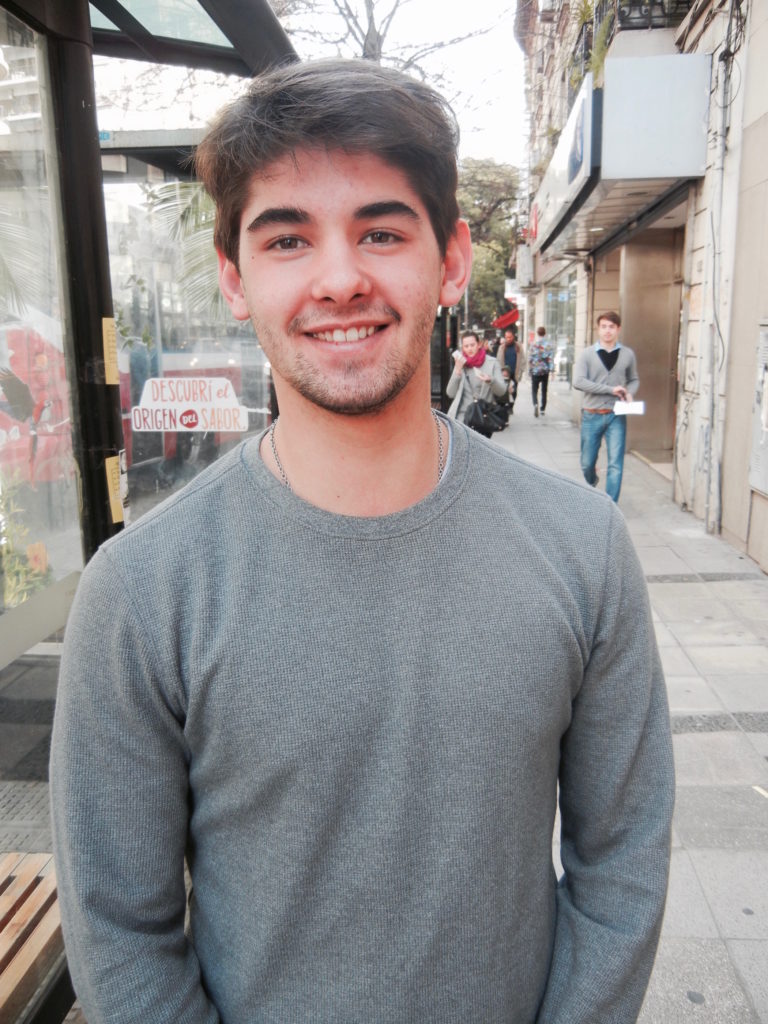 I don’t know much about American politics but I’ve heard my brother speak about it. Like the wall with Mexico, the deportation of immigrants etc. On Trump’s policies involving the immigrants and restrictions on Muslim people, I do not agree with them in the least. Mainly because I live in a country that opened its borders to many people. I do not think that should happen either here or in the United States. It seems ridiculous that things like these could be happening now. 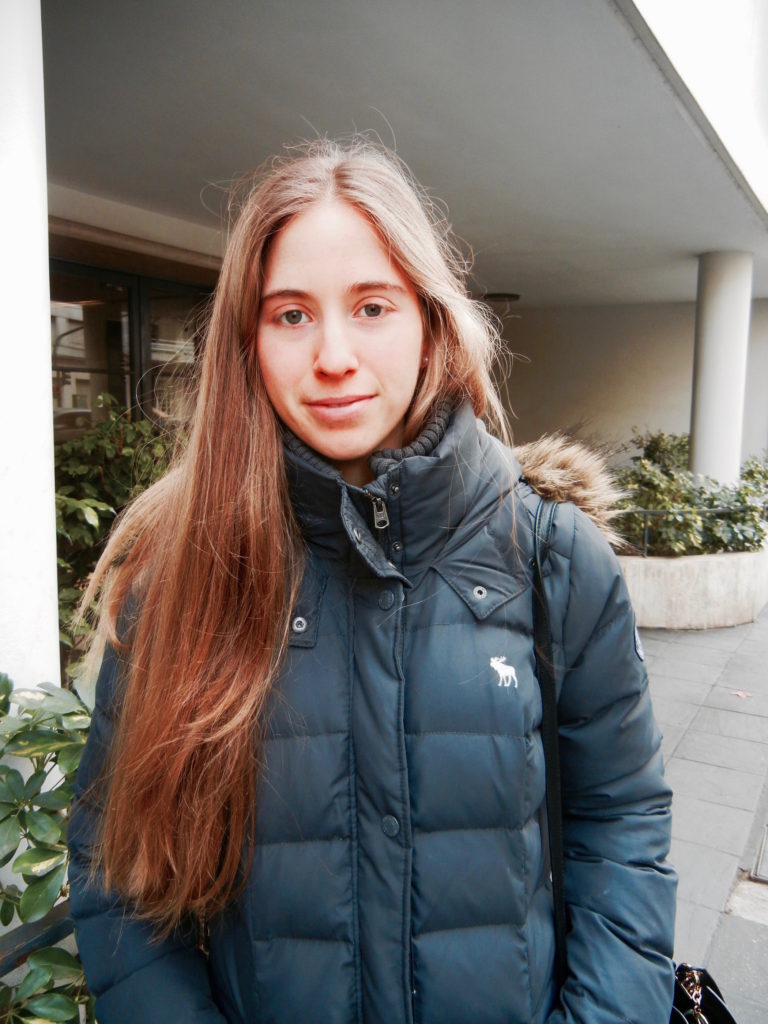 It is a disaster. None of the people who are running for candidate should win. I think this is going on more or less in all countries, for example in elections here, with all the corruption . I think a Trump presidency would be a disaster. No citizen of any part of the world should say the things he says, especially someone who is a candidate for president. 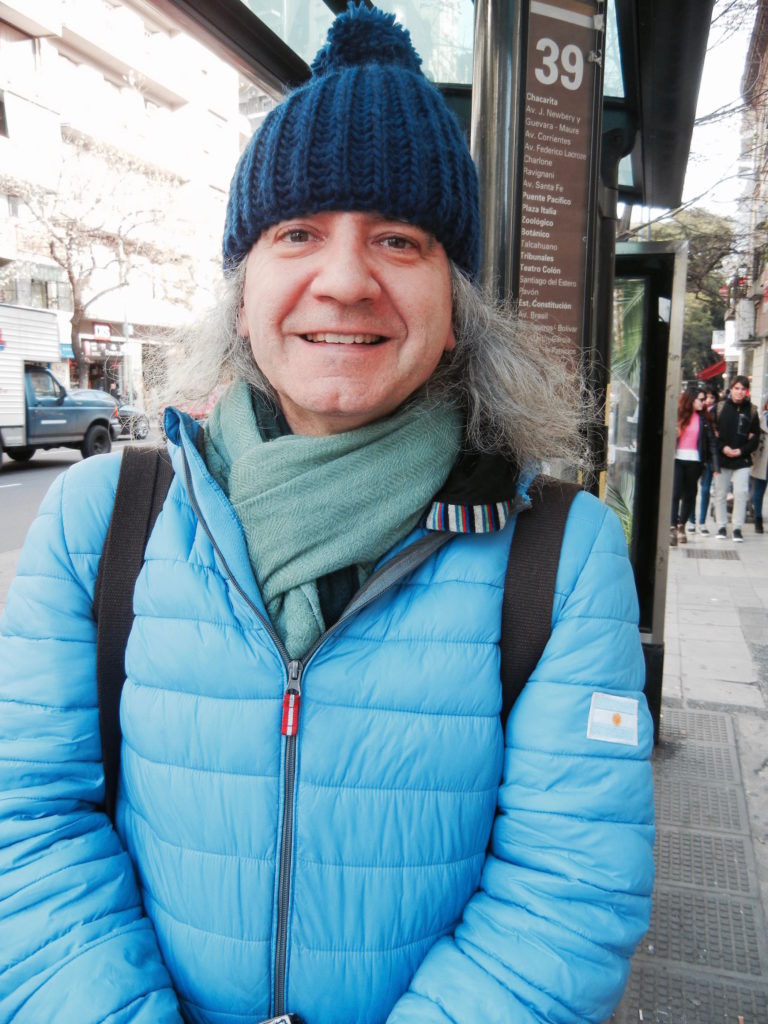 I am very afraid because it is a very delicate moment. We haven’t received good signals from Europe. I have hope that in the end, people will understand that Trump’s ideas and projects are not the way to go. The USA always seem to be in front of a cliff during the elections and I hope this is will be a good election for us all. For Latin America and Europe, who now has a pressing problem with ISIS. 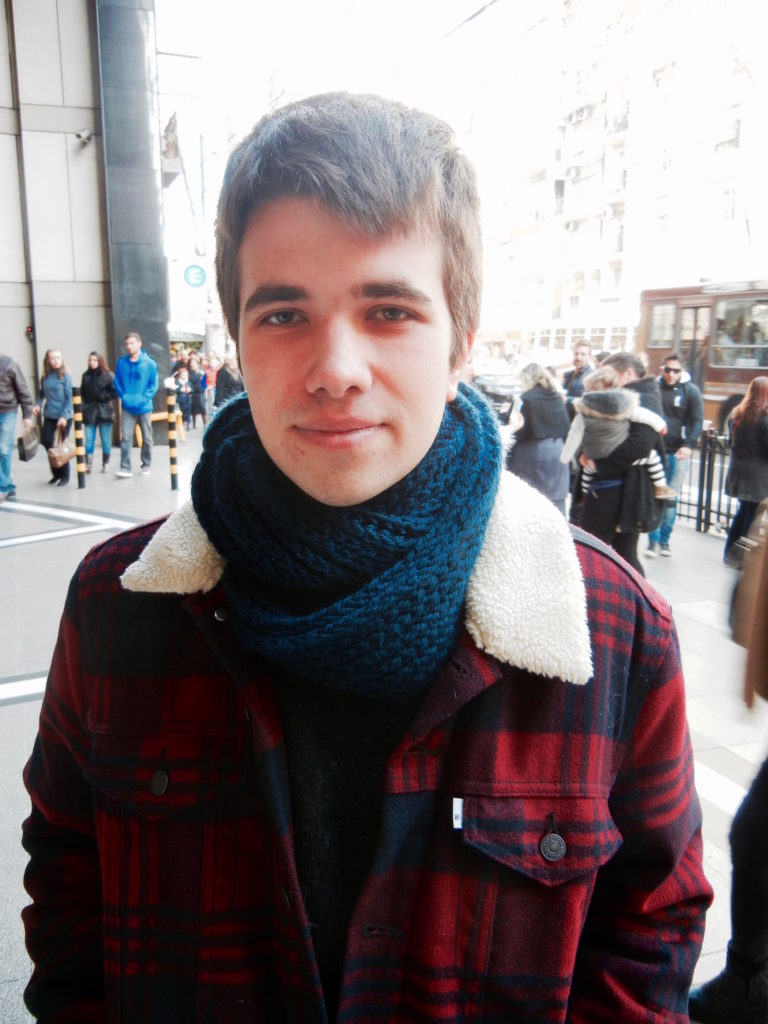 We all said that Trump was not going to win, and he won the primaries. Everyone is now saying “What ‘s going on?”. What is happening is xenophobia and all terrorist attacks going on now are advertising boosts for Trump. What is a mystery is how Trump is where he is now, because Clinton collected more funds than he did.

The thing is that people who vote for Trump are not the people who live in New York, they’re the people who live in the center of the US, “white trash”, people who are resentful towards immigrants and believe that they are the cause of their country’s ruin. For instance, after the attack in Orlando, he said he would attack Muslims to “fight for freedom” and people listen to him because they are angry. I don’t think companies support him as much as the other candidates, look at what he said about China. 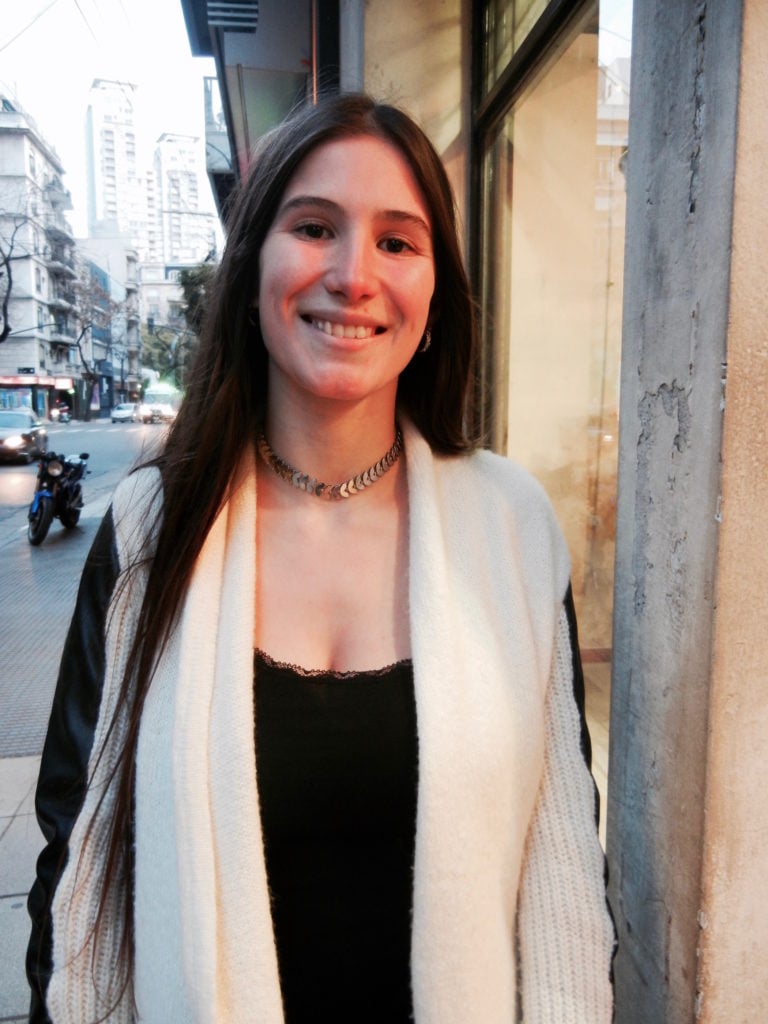 I’ve heard little about the US elections but what I have heard is that Trump is not well-liked because he’s racist and very violent. The truth is though, that I don’t really like Americans.

They invaded Latin America. It was very difficult for each of our countries to become free and peaceful. And the US were responsible for a lot of deaths. They see us as a very inferior race but nonetheless want to stick their nose anywhere they can. Obama achieved a lot of things but Trump in power would be a real setback. 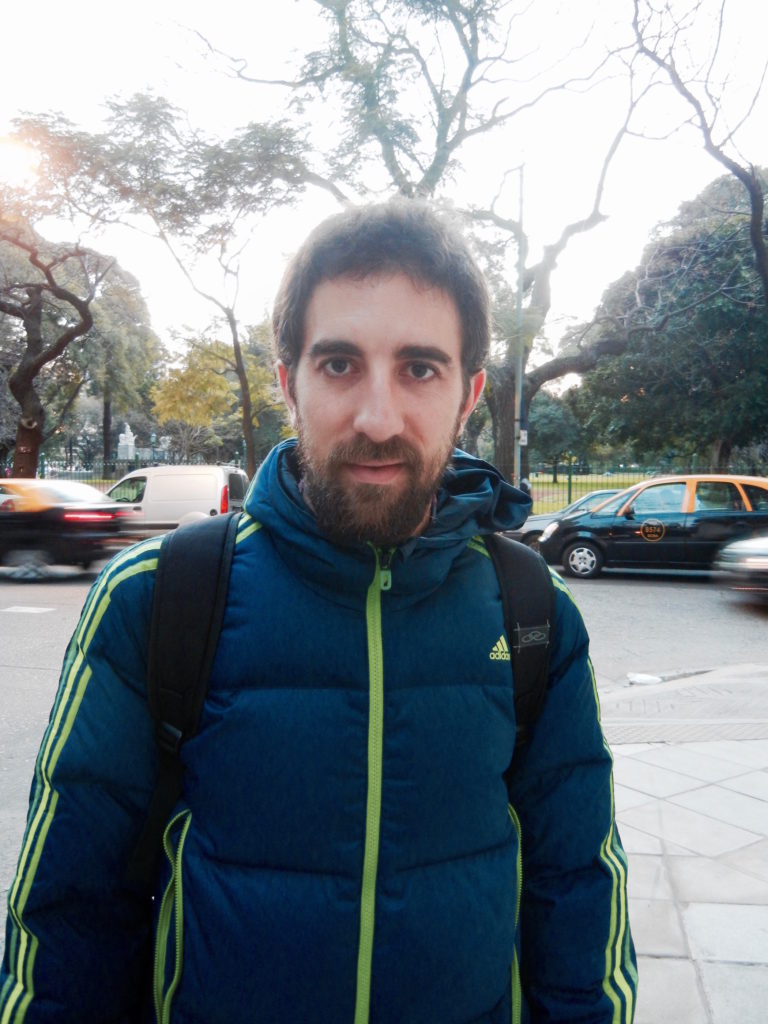 I follow the election on Argentine news portals and what I see is a lot of competition. There is a lot of tension. It is a very competitive election. I think that Trump is unfortunately convincing a lot of Americans. He has a very special way of talking to people and a very strong image. 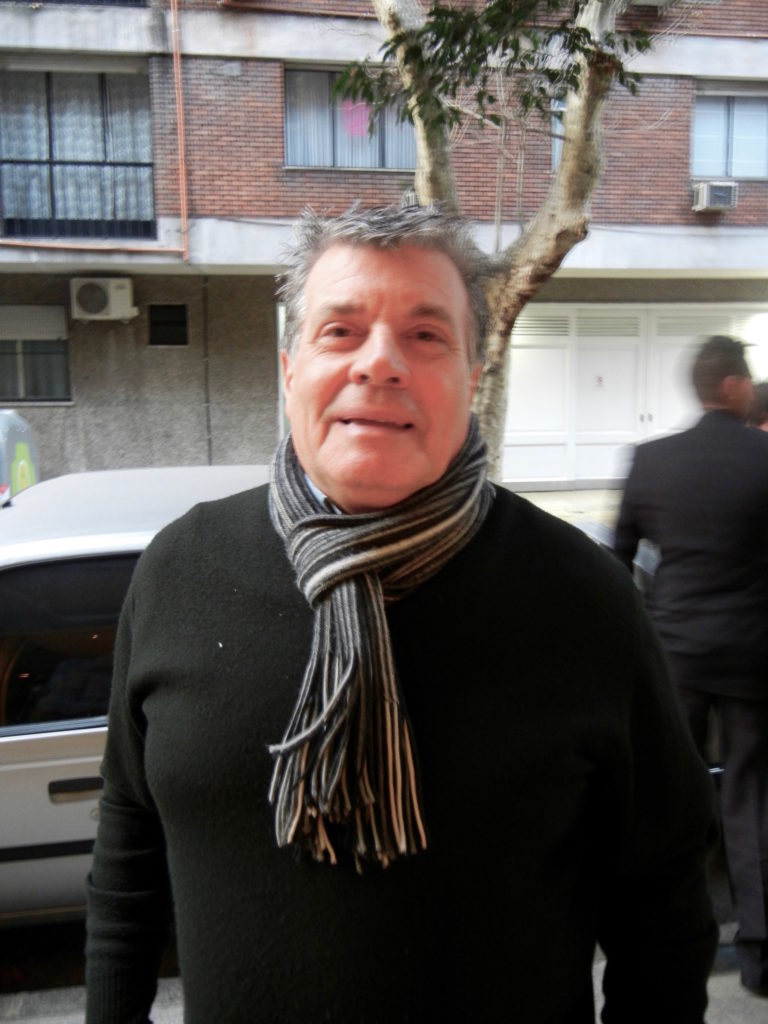 Hillary Clinton as a woman… [sighs] What I don’t accept is Donald Trump for being against Hispanics, he wants to build a wall to isolate himself from Mexico and Latin America. It would be a huge black stain for Latin America if Donald Trump wins. If it were up to him, he’d wipe us off the grid. I send greetings to all Americans and hope they remember South America from time to time.