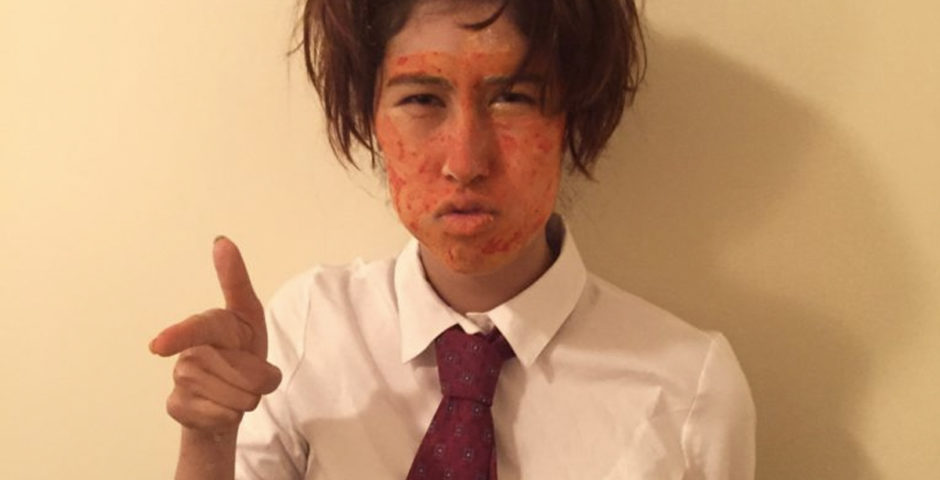 I loved it, it was yuuge

The Donald.  Some hate him, a few (apparently) love him.  A lot of us just can’t believe he’s made it this far in a presidential race.  This week, I chose to imitate his lifestyle as closely as possible, to get inside the head of a man who hits on his daughter and defies gravity with his hair.  I made one change per day until, by the end, I was full-blown Trump.

Above all else, Trump loves to hear people sing his praises.  So I commissioned my fourteen-year-old brother to greet me every morning by standing over my bed and screaming “You’re gonna be YUGE!”  It really helped me get into the mindset that I was invincible and everyone who disagrees with me is a dummy. 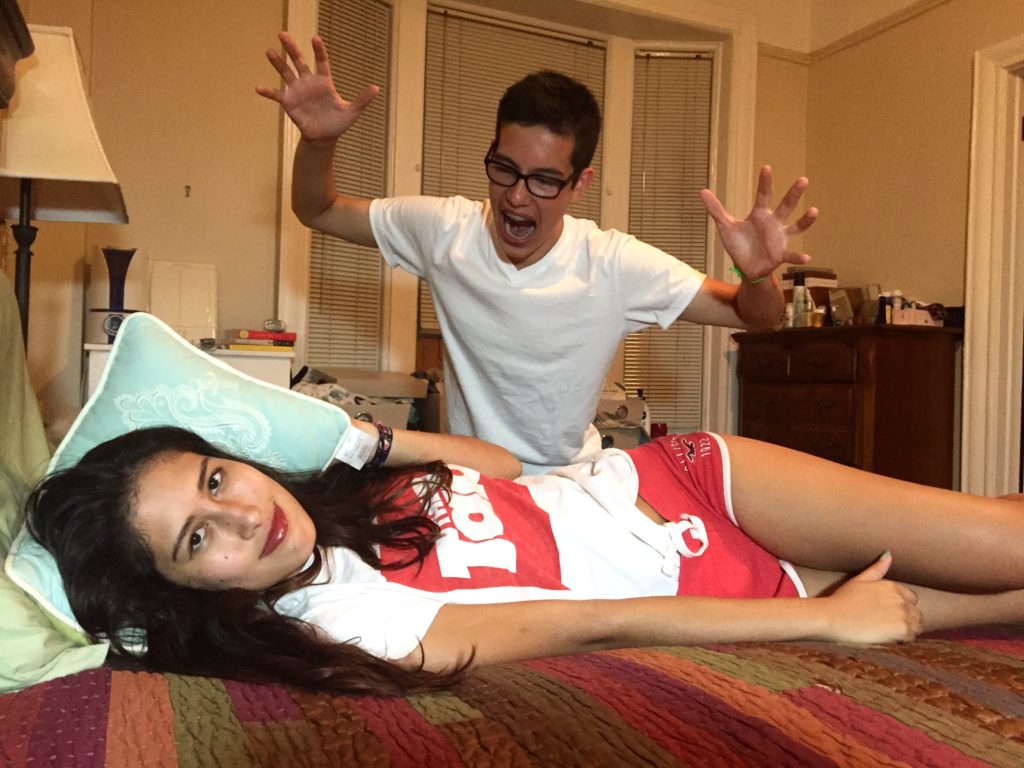 The next step, naturally, was posing with a taco bowl.  I love Chipotle, I love all things Tex-Mex—that’s the same thing as having reasonable immigration policies, right? 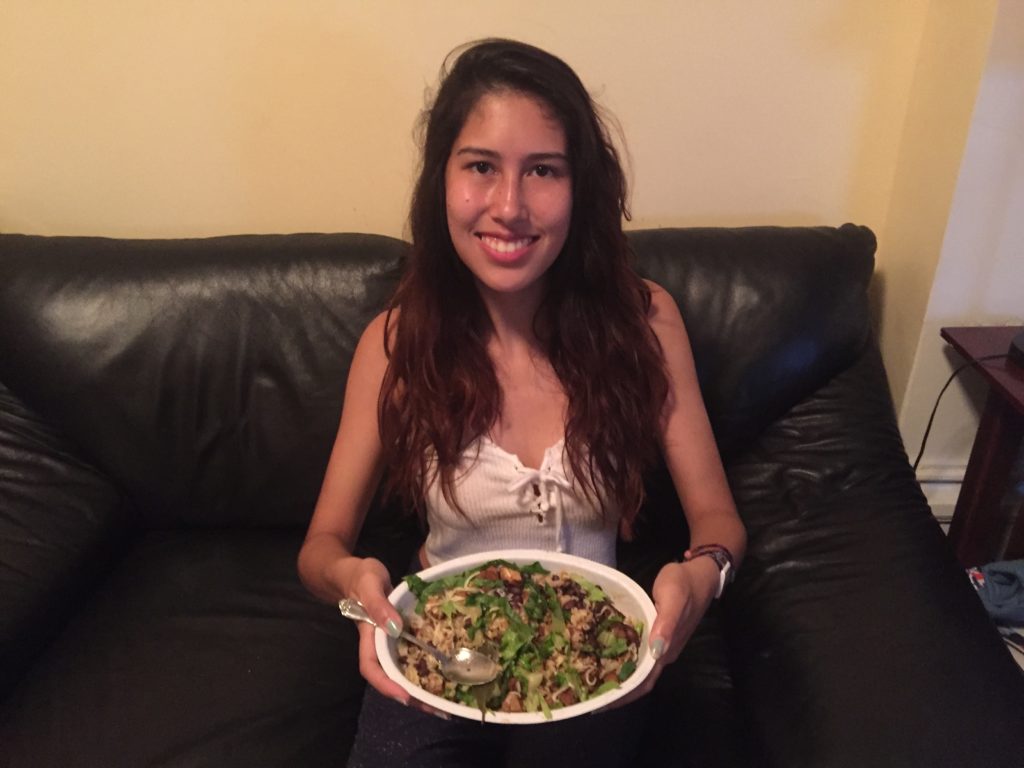 To understand the curious blend of con man, huckster and hillbilly carnival barker that is Donald Trump, I had to get into the real estate game.  As I unfortunately couldn’t rebrand my own line of luxury Manhattan condos in the short time I had to write this article, I settled for labeling everything in my parents’ apartment with my name. 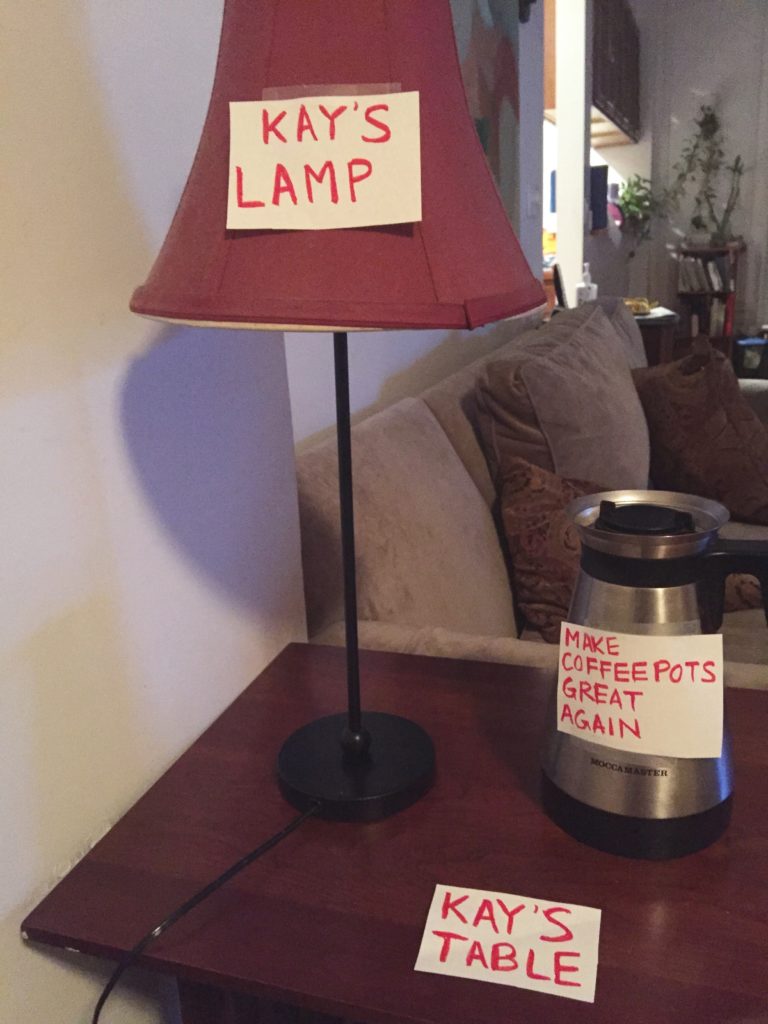 But to really turn my life into Trump’s, I had to look the part.  So I employed a bottom-shelf drugstore self-tanner, some choice kitchen ingredients, and an indecent amount of hairspray so I could properly resemble The Donald (as much as any half-Asian woman can.) Looking like an inflated Cheeto isn’t easy–my Trump treatment ended up leaving my skin orange for at least two days.  The things we do for journalism… 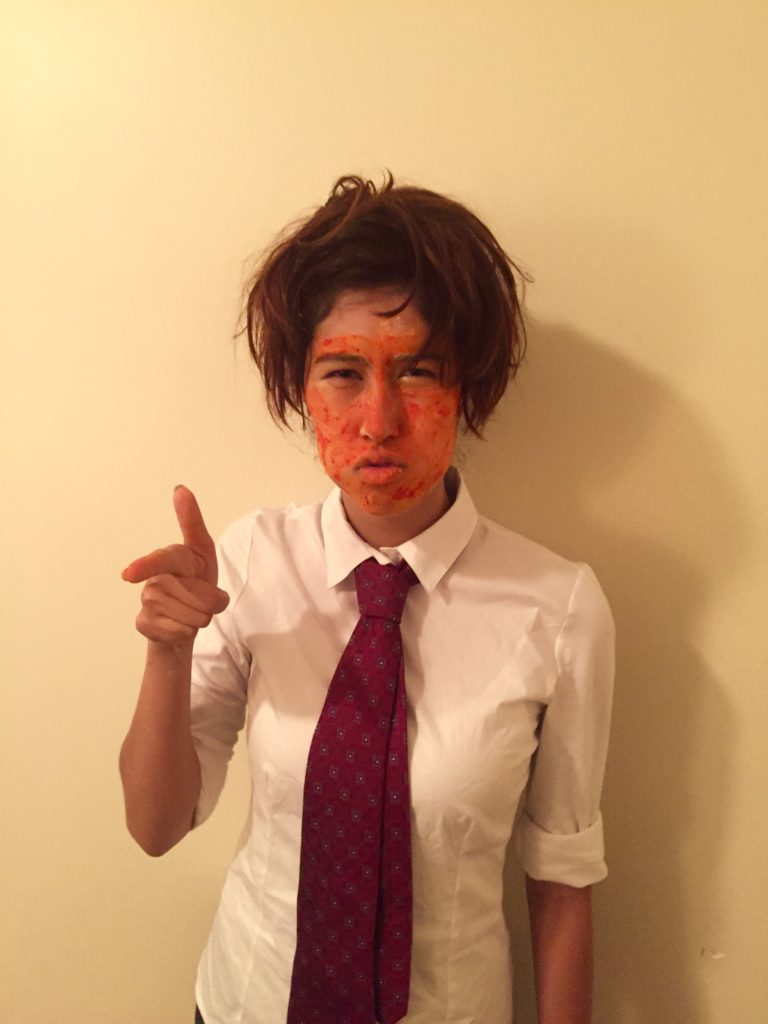 Trump is known for posing as his own fake PR agent to find out what people really think of him.  Not to be outdone, I ended the workweek by inventing an imaginary secretary, Octarina Smellhorn, and having her take care of all my social obligations (and bolster my public image.)

The more I strove to emulate Trump, the more uncomfortable I felt in my own skin.  Telling everyone I encountered they were “fired” produced some confusing results, especially when I was at work; and the constant insults I was forced to levy at everyone around me began to take their toll.  Was everyone really “sad” and “a big dummy?”  Or was that just me?  Also, why did I keep building walls around my immediate vicinity?  It was getting hard to move.  Ultimately, I abandoned the experiment.  Looks like I’ll never be the GOP frontrunner–but too bad, I’d rather be me than be Trump.