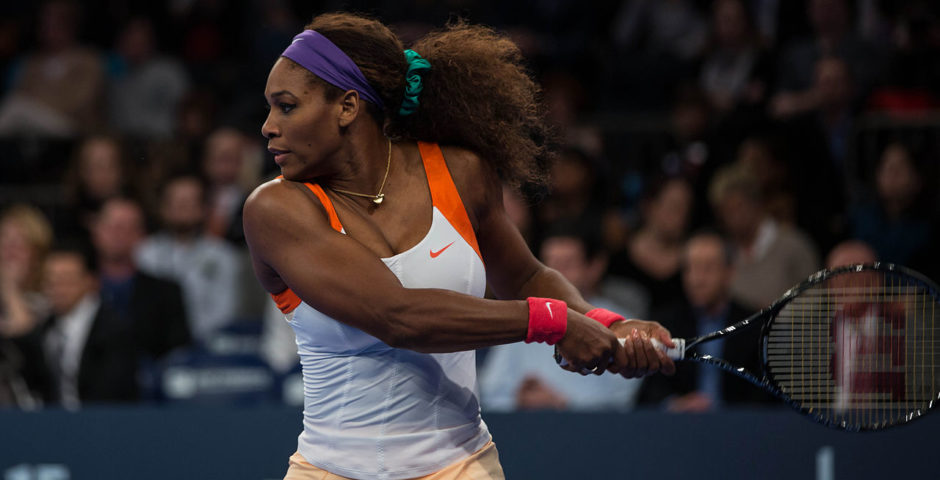 The most prominent current female athletes

Although they are usually less well-known than their male counterparts, female athletes are at the same level as male athletes in terms of their ability, talent, athleticism and dedication to their sport, among other things. Women’s sports are also typically given less attention in the media, which only exacerbates the difference in awareness of male athletes and female athletes. Nevertheless, there are plenty of female athletes who have been just as successful, if not more, than male athletes, and they’ve had plenty of their own obstacles along the way. Here are some of the most prominent female athletes that are currently dominating their respective sports.

Serena Williams has been a dominating force in women’s tennis for a long time – she currently holds a total of 22 Grand Slam singles titles, which is tied for second on the all-time list, and she is not yet done winning. Williams has broken all sorts of records during her career thus far, and is considered among many to be one of the best, if not the best, women’s tennis player of all time. Williams buries her opponents on a regular basis (and has recently won the Wimbledon women’s singles and doubles finals in straight sets on the same day), and it serves as inspiration to many younger women around the nation and world. 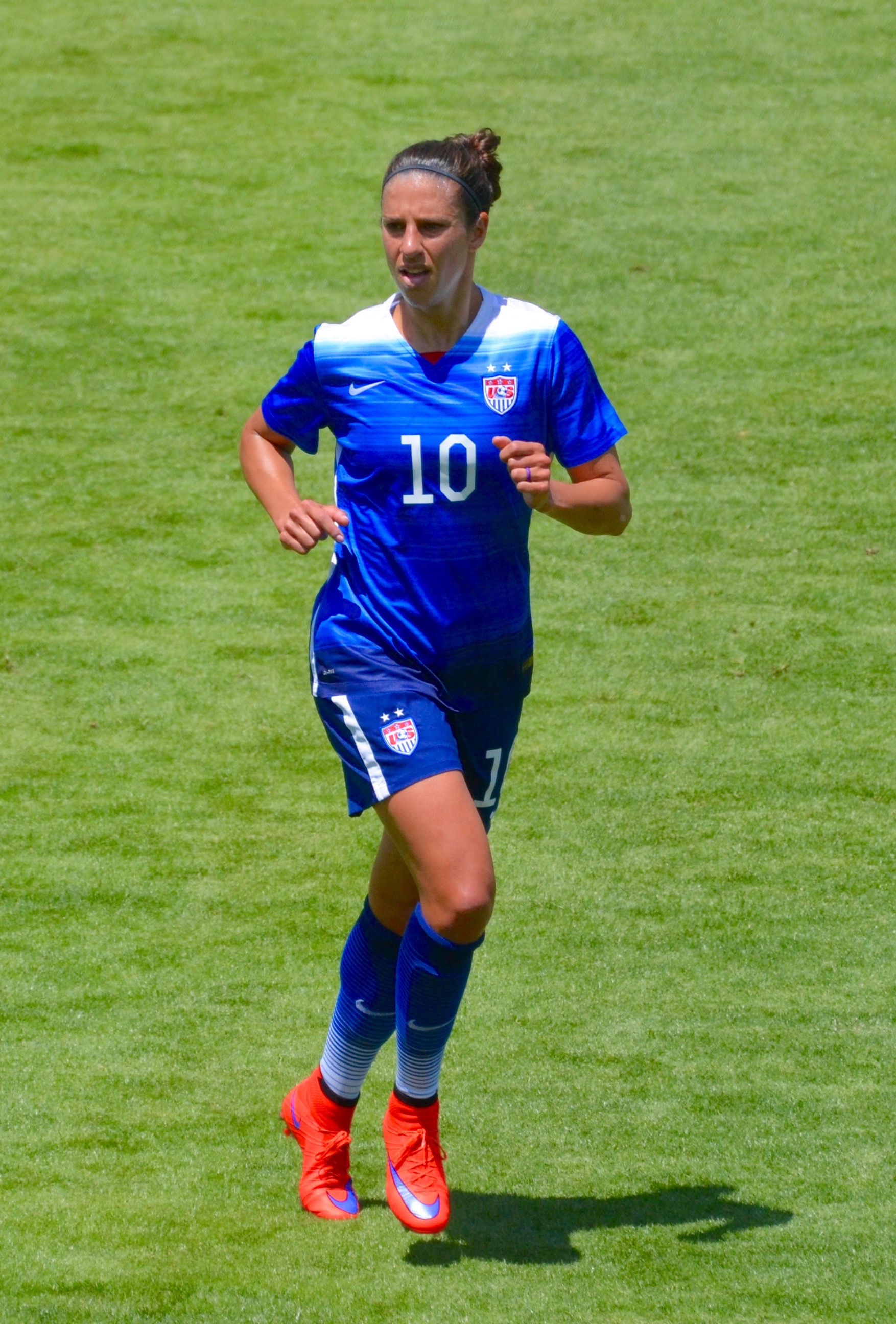 Despite all of the success Carli Lloyd has faced in her career with clubs and the U.S. Women’s National Soccer Team, she has somehow managed to stay under the radar, which is unfortunate not only for her but also for all of the people who have not truly recognized her immense talent. Lloyd has scored decisive goals in several games and scored a hat-trick in the first 16 minutes of the 2015 Women’s World Cup final against Japan. Although she isn’t as well-known as some of the bigger names on the team, Lloyd is an integral part to the team, and uses her insufficient fame to fuel her to display better performances time and time again.

In recent years, Ronda Rousey has become a household name. She is an MMA fighter who has also medaled at the 2008 Olympics in Judo, and she won 12 consecutive MMA fights before suffering her first and only loss thus far. Last year, she was selected by voters in an online ESPN poll as the best female athlete ever, and she was the first female athlete to guest host the ESPN show SportsCenter. Rousey has also discussed the challenges that she, along with many other female athletes, have faced regarding body image and being perceived as looking too masculine.

I'm excited to announce that I will be taking over the @always_brand Instagram handle tomorrow, June 30th! I will be in NYC sharing why I think it is important to Keep Playing #LikeAGirl – so follow along and share this experience with me #ad #RewriteTheRules

Alex Morgan has been one of the faces of the U.S. Women’s National Soccer Team for a few years now, and she also plays as forward for the Orlando Pride. As a regular member of the American roster, she is an Olympic gold medalist and is a FIFA Women’s World Cup champion. She has also written a preteen book series about four young girls who share a passion for soccer and has endorsement deals with a variety of well-known companies. One such partnership that she has forged is with Always, with whom she continues to spark the all-important conversation about young women’s confidence as it concerns sports and the #LikeAGirl campaign.

Jessica Ennis-Hill has had a lot of success in track and field – she typically partakes in the heptathlon, which is a combination of sports, including 100 meter hurdles, high jump, shot put, 200 meters, long jump, javelin throw and 800 meters. During her career, she has also been a British record holder in the 100 meter hurdles, high jump and indoor pentathlon. Ennis-Hill has won many awards and quite a bit of recognition outside her sport, including being named to Forbes Magazine’s 30 under 30 list for Europe this past January.

Proud to reveal my book cover today on @thetalkcbs! Can't wait for the book release on October 5th! #strongisthenewbeautiful ??

If there’s a female skier that all of America knows, it’s Lindsey Vonn. She made her World Cup debut at age 16 and has won four World Cup overall championships, tying the record for World Cup overall championships won by a female. During this year’s World Cup, she won her 20th crystal globe title, which is an all-time record among all participating athletes, male or female. She has also been writing a book, Strong is the New Beautiful, with the goal of empowering and inspiring women by getting strong, staying strong, and embracing their natural beauty.

Katie Ledecky is a swimmer who is an Olympic gold medalist, nine-time world champion, and current world record-holder in the 400-, 800-, and 1500-meter freestyle – and she is only 19. She made her international debut as a 15-year-old in the 2012 Summer Olympics and was recently named (as the youngest person) on the 2016 edition of the Time magazine’s Time 100 list.

Allyson Felix is a track and field sprinter and an Olympic medalist and World champion. She has won four Olympic gold medals (three as a member of the United States women’s relay teams) and two silver medals. A couple of years ago, Felix also traveled to Brazil as a Sports Envoy for the U.S. Department of State’s sports diplomacy program. The program that she participated in was designed to remove ability/disability- and poverty-related barriers, and while doing so, Felix helped to conduct clinics, speeches and other events for youth. 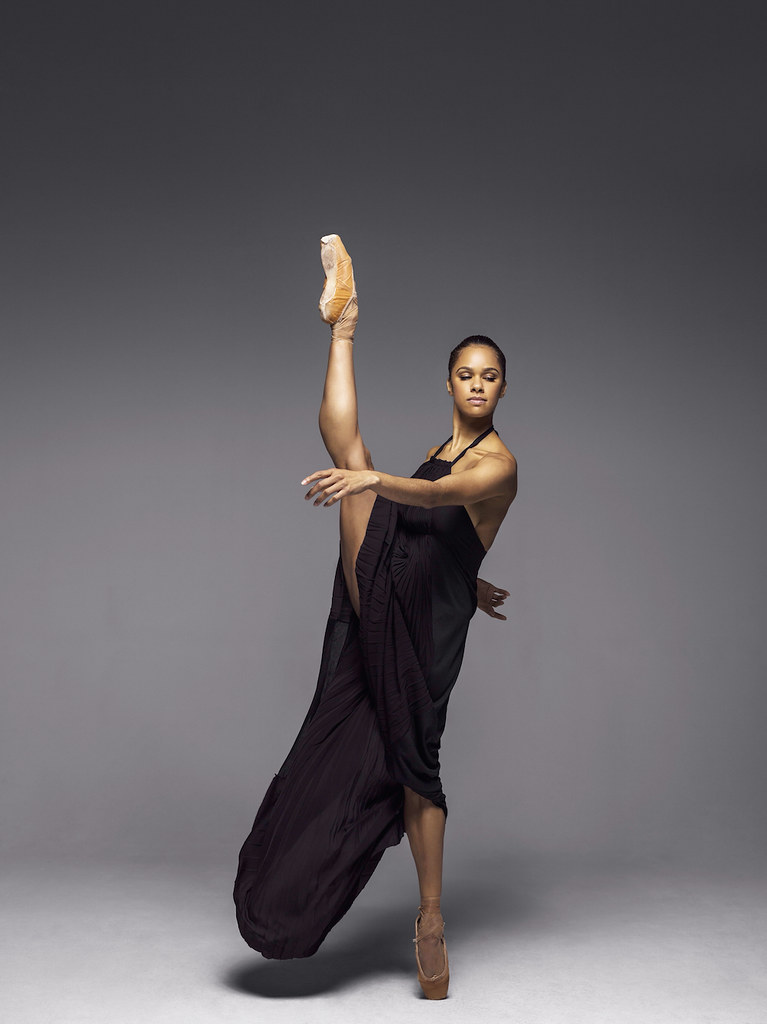 Though some may not consider ballet to be a sport, there is no doubt that Misty Copeland is an athlete. About a year ago, she was promoted to principal dancer of the American Ballet Theatre, making her the first African American woman in this role in ABT’s history. Though she did not start ballet until the age of 13, she’s considered a prodigy, showing her unwavering dedication to ballet. Last year, she was named in Time magazine’s Time 100 list, and she is a public speaker who discusses widely-stigmatized topics, including her experiences with an eating disorder and of being an African-American in an international ballet community with a lack of diversity.

Similarly to Ledecky, Missy Franklin is a decorated swimmer who, at the age of 21, has a long career ahead of her yet. If she continues the rest of the career in a similar manner to her career thus far, Franklin will be an unstoppable force in her sport. Franklin made her Olympic debut four years ago and has five Olympic medals to her name and currently holds one world record and two American records. She also strives to be a role model for young athletes of all sports and all genders.