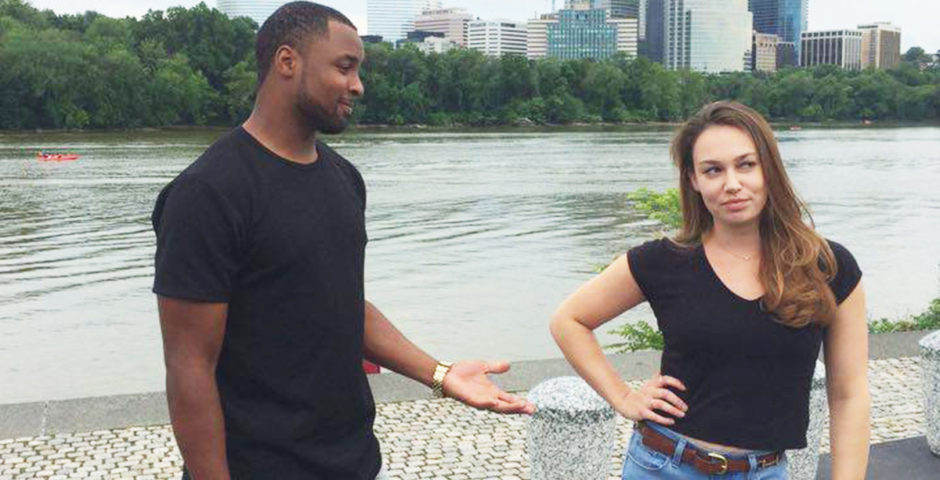 Some guys need to look up the definition of a ‘compliment’

What you said wasn’t one of them

We all like getting compliments. Admit it, you can’t deny it. Compliments make us feel good about ourselves and justify what we do or don’t do.

Except when they don’t. 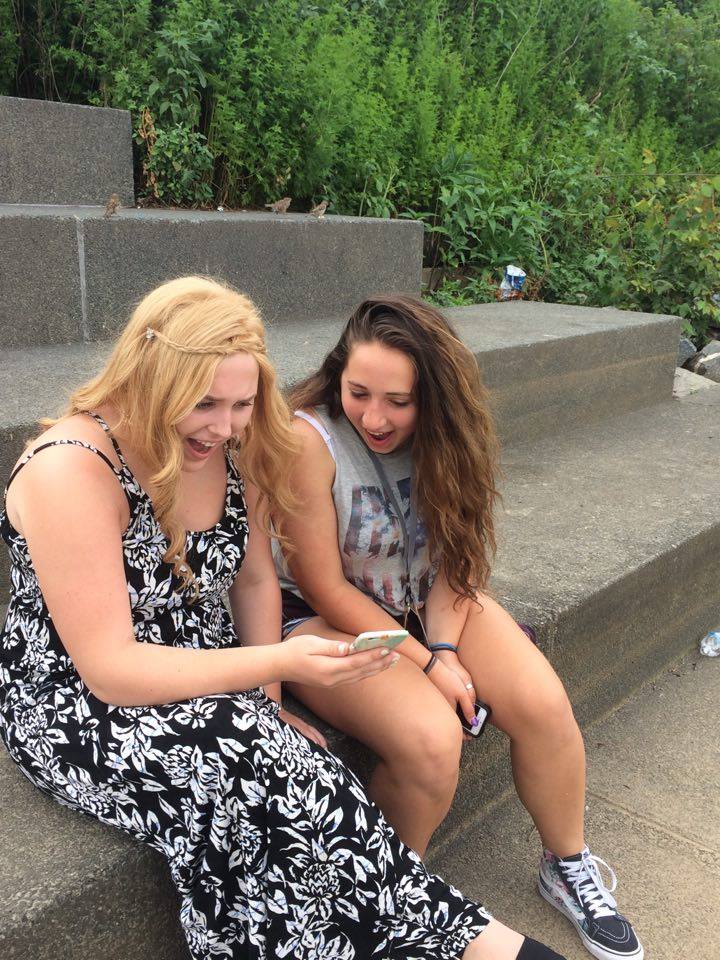 Some guys tend to compliment with a few certain formations of words. One of which would be to give a compliment, but then follow it up with “for a (insert demeaning and insulting word of choice).” I don’t know how you normally compliment someone – it usually doesn’t include adding an insult at the end of sentence. But maybe that’s just me.

What these self-named smooth guys are actually doing are giving backhanded compliments. Please save it. We see right through them, and we aren’t flattered. Next.

It is so common it seems to be engrained in some guys’ casual language. I was once seeing a guy that was very into fitness and eating right and don’t get me wrong, he influenced me to drink more water and eat healthier, which I felt pretty good about. What I didn’t feel so good about was the fact that he seemed to be looking for ways to improve me, essentially giving me backwards compliments. I was excited and felt good when he said we should work out together because that would be fun, but then really put down when he said a part of my body should be more muscular, especially because they weren’t as defined as his – that of around a six foot five 23-year-old marine. When I would jokingly complain of having nothing to wear to our date because I’m so indecisive, he said he needed to take me shopping because apparently my clothes were all horrible. It made me feel like I wasn’t attractive in the clothes I liked, since he made it seem that he would be picking my clothes out for me.

The attention he gave me made me feel wanted and valued – the only thing is that attention came with a price. During the time I was seeing him I lost weight due to stress and worrying. He was stressing me out, making me feel bad about myself. I hadn’t felt that way in a long time – I like to think of myself as a very confident person, not caring what anyone else thinks. I realized he needed to go when I was telling my roommate about him. She didn’t tell me what she thought I should do, just what she thought about him, and that really means a lot. Another thing was that one of my other friends pointed out to me that I was being down on myself abnormally more than the usually casual complaining. Even though I still kind of liked this guy, I knew I needed to stop seeing him if I was going to feel better about myself.

It became clear to me that backhanded compliments prey on insecurities. 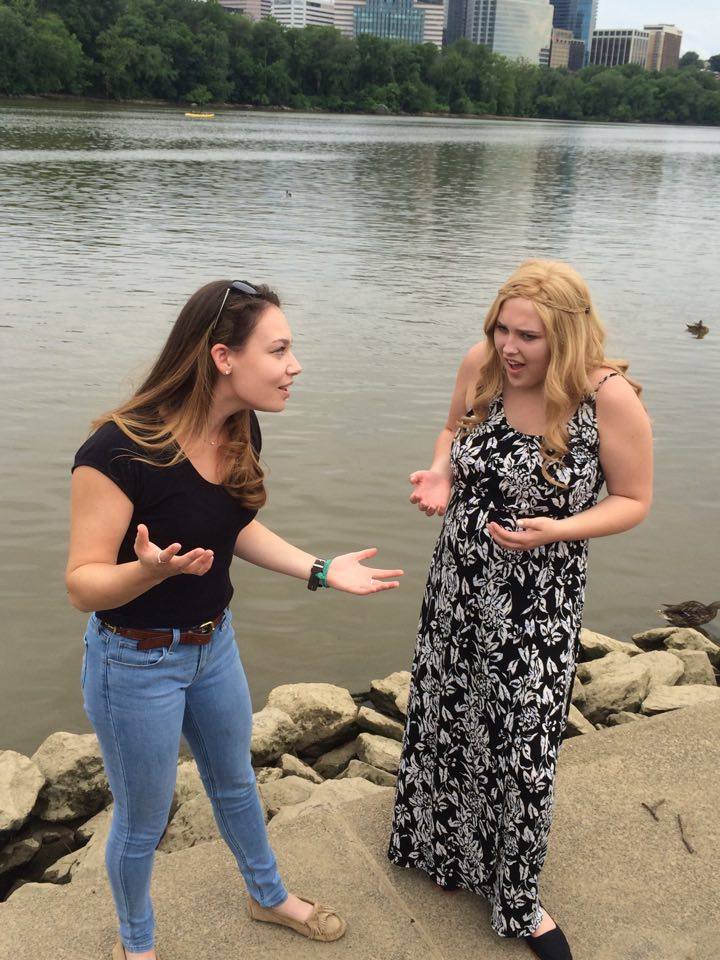 The guy picked up on what I was insecure about, unsure about, and exploited them to control the conversation, the situation, and, to an extent, me. Although we didn’t have contact for that long, what he said had such an impact on my life and how I was living it that my friends commented on my out of character behaviors. This shows how a long term exposure to a guy that feels the need to say these things, whether he feels that they’re harmful or not, can cause evident damage to one’s self esteem even in a short period of time.

“You’re butt is nice…for a small girl. (again reminding me of my biggest insecurity which is lacking curves),” said Gigi Sonia Gupte. A nice butt is a nice butt. There’s no need to mention anything else.

“As a ‘plus-sized’ woman I often get told by guys that they ‘like bigger women,’ ‘like thick girls’ or ‘like someone with meat on them’ which makes me want to murder them violently. Someone also told me I’m too pretty to be a nerd. Basically that I’m too pretty to be smart,” said Katrina Margolis.

Women who aren’t skinny aren’t a different species, believe it or not. They’re women too, and though we like to say “we’re not like other girls,” we really are in the aspect that you should treat us all the same.

Through talking to friends, it also became clear that backhanded compliments prey on stigmas and stereotypes, too.

“It makes me feel like an object and like I’m not valued enough. A lot of women of color get called “exotic” and it’s dehumanizing in a way,” said Gigi Sonia Gupte about this Tinder message: 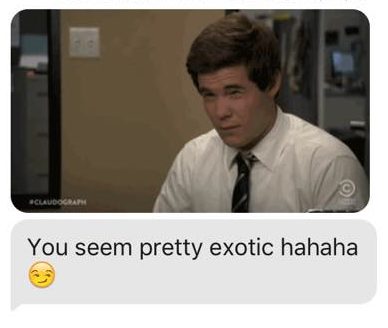 Then there is this gem.

Apparently comments about what guys think we should be are supposed to be compliments.

“A guy just asked me where I worked and I said I’m a therapist for special ed kids and a personal trainer and he said, ‘Why didn’t you become a model?'” said Gigi Sonia Gupte.

The “for a _____” backhanded compliment formation

“As a highschooler I ran track captain and faster and longer than most guys I knew. Yet most guys would tell me ‘you’re fast for a GIRL,'” said Mariah Castaneda.

Basically backhanded compliments are insults disguised to sound like compliments. Spoiler alert: the compliment doesn’t disguise the insult at all.