#ImWithHer only because the alternative is a thousand times worse

On Tuesday, Hillary Clinton became the Democratic Party’s presidential nominee, making her the first woman to clinch a major party’s nomination for President of the United States.

Hillary’s campaign quickly suggested her nomination proved there no longer existed any barriers stopping women from becoming president. Her official Facebook page published a statement claiming that her nomination evidenced “no matter who you are, where you come from, what you look like, or yes, what gender you are – in America, there is no barrier too great and no ceiling too high to break”. 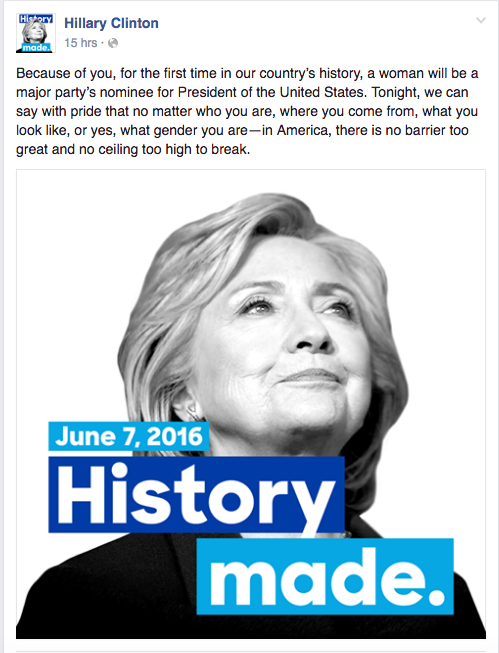 This statement is untrue, and was an irresponsible one to make. Certainly, the nomination of a woman is progress which should be celebrated. The sexism Hillary Clinton has faced in running for President has been evident throughout her campaign, and her nomination is testament not only to her own political talents, but to how far society has come in terms of accepting women as political leaders.

However, such progress shouldn’t be celebrated at the expense of those who, with all the hard work in the world, would never find themselves in Hillary’s position. The nomination of a rich white woman in no way proves that every barrier has been broken or every ceiling has been smashed in terms of ascending to the presidency.

That is not to diminish Hillary’s achievement, but to recognize that while she is oppressed by the patriarchal nature of society, she still receives many privileges that other women do not. She is white, wealthy, well-educated, part of an established political family, able-bodied, cisgender – the list goes on. All of these things equate to society giving Hillary privileges which many other women don’t have access to.

Hillary certainly had to smash through a ceiling to reach her current position, but many other women in America look past that smashed ceiling and see so many more which remain intact. There are different barriers to achievement which intersect with each other, disadvantaging some people to a greater extent than others. For example, a woman of color with a disability experiencing poverty would have found it much harder to successfully clinch a major party’s nomination for president than Hillary Clinton did, as a rich, white, able-bodied woman.

With the news of her nomination, the official Hillary Clinton Facebook page also posted a photo of Hillary with a young black girl. “To every little girl who dreams big”, the caption reads, “yes, you can be anything you want – even president. Tonight is for you.” I couldn’t help but wonder: ‘is tonight’s victory really for that little girl?’

Hillary’s campaign rhetoric is encouraging people to think, “we’ve had a black president, electing a female president would prove the American dream is alive and well”. This is a dangerous message to promote, as it invalidates the experiences of people who are oppressed in different ways, and by a greater number of factors, than either Obama or Clinton.

Right now, Hillary is the face of ‘white feminism’. The kind of feminism that cares about white women’s relationship with the wage gap and access to abortion, but fails to associate itself with issues that don’t affect affluent, able-bodied, heterosexual white women.

In her memoir, Living History, Clinton took pride in noting her political involvement in cuts to welfare during her time as First Lady. However in having proudly written that, by the time she left the White House, “welfare rolls had dropped 60 percent”, Hillary failed to recognize those figures reflected no drop in levels of poverty. This welfare policy primarily victimized women – who are the main recipients of welfare – cutting them off from support they desperately needed.

Clinton also continues to condescendingly stand on the sidelines of the Black Lives Matter movement. Her lobbying for the Violent Crime Control and Law Enforcement Act to control ’super-predators’, which resulted in the mass incarceration of so many black Americans, may have taken place back in the 90s, but her recent political gaffes regarding ‘Colored People Time’ and having hot sauce in her bag expose the blind spot she continues to have towards race.

Obviously, I hope Americans vote for Hillary come November – the thought of Trump becoming president is too awful to contemplate. But the loathsome nature of Trump’s campaign should not absolve Hillary of her responsibility to check her own privilege. If Hillary Clinton’s feminism had received as much criticism as Beyoncé’s, then maybe we’d be getting somewhere. But instead of the critical think-pieces I was hoping for, my Facebook feed was instead flooded with people happily sharing Hillary’s posts in the name of feminism, and as a celebration of women’s progress.

Twitter was a different story though. After Hillary became the Democratic nominee, the hashtag #GirlGuessImWithHer quickly emerged to voice the position of voters who didn’t want to support Hillary but now had to, in order to defeat Trump. Begun on Twitter by @madblackthot, a self-described womanist of black Twitter, the hashtag played on Hillary’s own campaign slogan #ImWithHer. 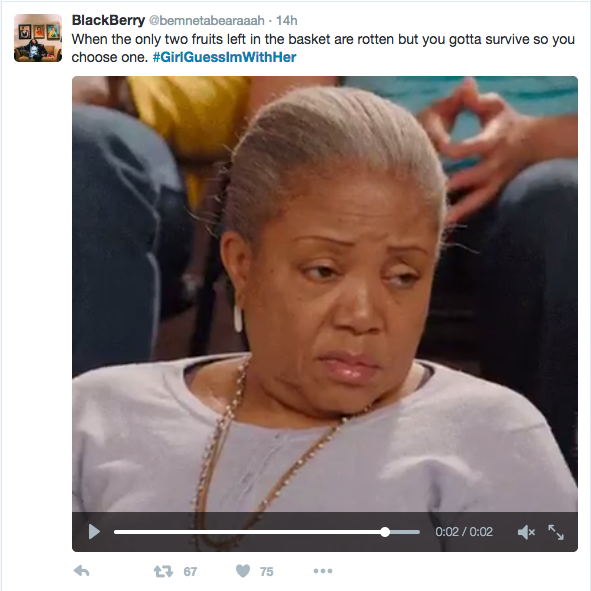 I will support Hillary as far as encouraging people to vote for her, as remaining apathetic at this point would effectively be casting a vote for Trump, but I do not feel it necessary to fully endorse her campaign and the damaging messages it is currently promoting. #ImWithHer only because the alternative is a thousand times worse.

To own a truly feminist status, and later a feminist legacy, Hillary Clinton needs to make her feminism far more intersectional. This has to start with altering the way her campaign presents her victories, which while important and valid, do not evidence equal opportunities for everyone.

Everything that happens when you try the Military diet