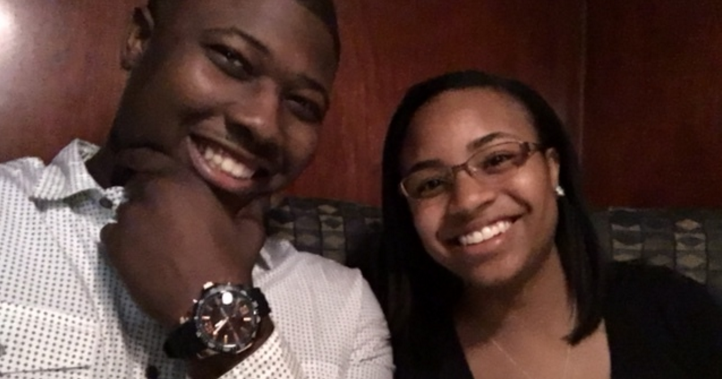 When my boyfriend was diagnosed with cancer, people were surprised I stayed with him

‘I don’t believe in leaving people, especially when someone needs you most’

There is bad news, and then there is life changing news. Eboni Barnes, a student at the College of William & Mary, was given the latter when she was told a few days before Thanksgiving that her boyfriend, Nick Brown, had been diagnosed with Hodgkin’s Lymphoma.

“When I first heard about it I was extremely hurt because it brought back memories of my grandfather who also had cancer,” Eboni explains. “I just cried a lot and I knew I wanted to be there for him through this rough time because I know it isn’t an easy process to go through.” 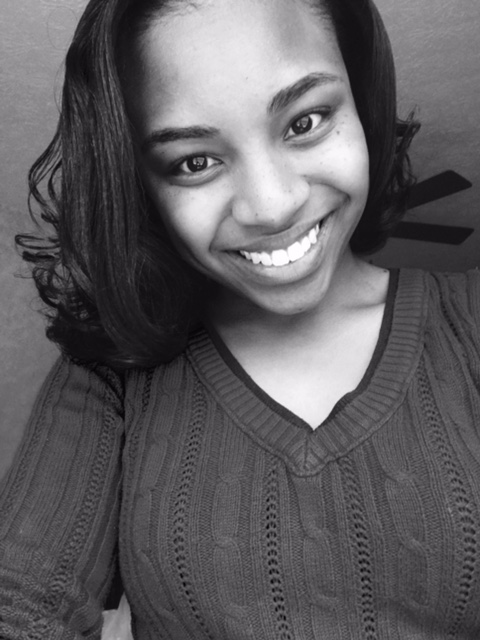 Eboni and Nick had been dating since their senior year of High School and are still together now, approaching their third year of college. They don’t attend the same school and therefore already had the pressures of a long-distance relationship. However, Eboni did not think once about leaving Nick because he was sick. She immediately began to look for an outlet when she got the news, and she made efforts to talk to her friends about it rather than Nick, so she wouldn’t be a constant reminder of his illness. Her friends were supportive but after awhile, just like many things in life, it became something Eboni just stopped talking about.

Several people at  Nick’s school would ask him if his girlfriend was still around and when he answered yes they would express their surprise. They said it’s better than anything they could have said for themselves. Some told Nick that they wouldn’t have stuck around had they been put in Eboni’s position. Even Nick had told Eboni at one point that he wondered if she would stay around and that he would understand if she didn’t because it is not something she signed up for at the age of 19.

“I really do love him and I’m going to stay with him through anything life throws at him. When you tell someone you care about them that doesn’t mean you just throw that away whenever things get hard. Numerous comments were made about how I stayed with him and how others wouldn’t have done that. I feel like that’s harsh, rude, and just not a nice thing to say – especially to someone that is going through that at the moment.”

Eboni explained that one girl said that she would have left Nick while he was sick, but if he would have gotten better she would come back to him and see if they could take it from there.

After six months of chemotherapy Nick is finally done with treatment. They have yet to find out whether or not he is in remission because they have to run a couple of tests, however, his prognosis looks good. 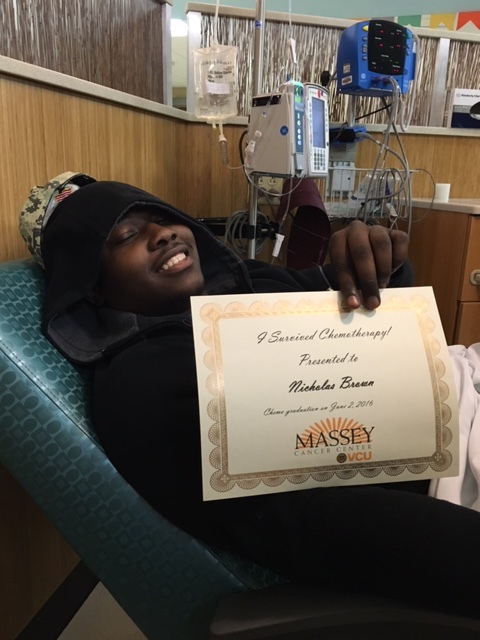 According to Eboni, Nick was very strong through the whole process. Most of the time the chemo made him very tired, or Eboni would have to pull the car over because his stomach would get upset.

“He didn’t really throw up much, but I did have to find different foods that he could eat. Some days he wasn’t able to eat regular foods and we had to look up a list together to find what he could. Sometimes he would just be able to eat fruit or applesauce.”

Even if Nick’s cancer had been terminal, Eboni would have stayed with him. 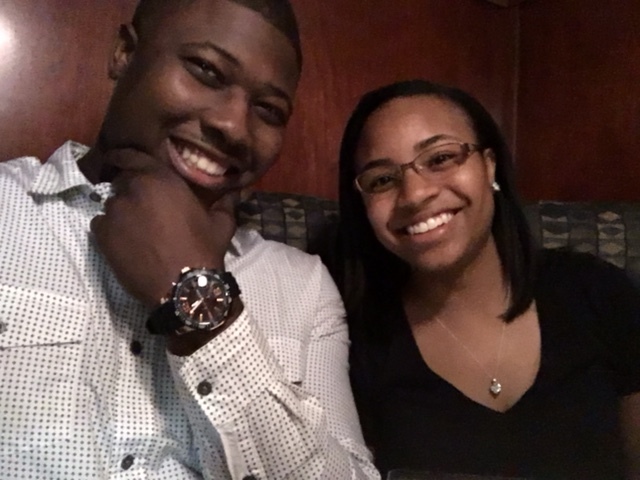 “I didn’t once think about breaking up with him or leaving him. I was more paranoid because I thought I was going to lose another person I care about. I did put on a tough coat because I knew he needed me to be there for him.

“I love him so much and I care for him. I don’t believe in leaving people, especially when someone needs you most.”