‘When will she get married if she studies abroad?’

After my first two years of studying at Emory, my Uncle said: “We’re so proud of you. We always knew you’d study and accomplish great things.”

Being the first one in the family to study in a foreign institution, I have been faced with several challenges through my journey.  However, it’s comments like this that bring me joy and happiness. These comments remind me of the harsh statements these same people made before I achieved what I did – being accepted and studying at an American college. 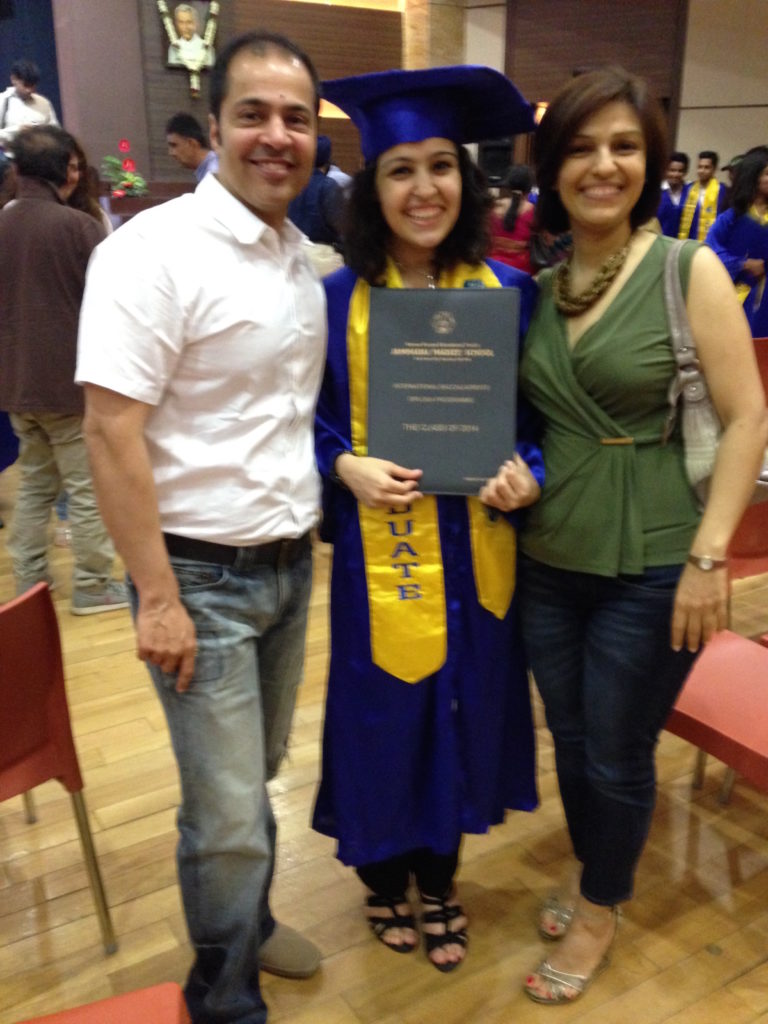 I’ve always been given limited freedom, like most children are. Parents usually narrow down to two or three options for us, and then we choose the one that we’re most comfortable with. That’s how we learn to make decisions and grow up. A plan had been made for me: ten years of education in an all-girls school, two years of schooling instead of the typical path of going to an Indian junior college, and then attaining an undergraduate degree from Mumbai University.

This plan seemed reasonable to me considering that most of my friends were following similar paths. After the tenth grade, we had to make the decision between choosing the International Baccalauerate (IB) curriculum or the Indian School Certificate (ISC) curriculum. After Googling these for several days, checking requirements for Mumbai University, talking to students, teachers and several counsellors, I made the choice. I chose the International Baccalaureate curriculum because it did not force me to choose my career stream like ISC did. ISC required me to pursue either humanities, commerce or science streams. Unsure of what career path I wanted to choose, I chose the IB.

Somewhere during the plan, I began to get attracted to foreign education. The International Baccalaureate curriculum is mostly done by students wanting to attain foreign education, and hence, I was interacting with people who discussed the SATs, the TOEFL and application essays on a daily basis. I was attracted by the 360 acre large campuses, the excellent faculty, the unlimited freedom, and meeting people from different cultures.

Having weighed all the pros and cons of foreign education versus education at home, I decided to voice my opinion to my parents.

“I want to do the SATs,” I told them at the breakfast table one morning.

My parents looked perplexed. “Why do you want to do them?” my dad immediately responded. I knew the look on his face – he did not want me to.

“My friends are doing it, and it’s a good evaluation of my intelligence. I’d only be spending around $100 on registering.” I was scared to reveal to them how serious I was about going abroad to study.

After getting a good score on my first attempt at SAT without a tutor having only studied for two weeks in advance of the exam, I decided to talk to my parents about taking them again.

“We’ll see how well I do, and then decide.” My parents had an open-mind and respected my decision. However, my other family members were completely against it.

“What is the need to send a daughter abroad?” “She can study in a college here?” “What is the need to spend so much money on foreign education?” “I don’t like Americans, why should she study in their country?” “I would never send my daughter abroad to study?” “When will she get married if she studies abroad?” “What if she doesn’t find an Indian boy?” “She will not retain her culture and values when she studies abroad,” were the typical responses from everyone.

They kept questioning the pros list my parents had made. All my friends from my earlier school kept thinking, “How lucky she is that she gets to live abroad, it’s like a permanent vacation living without parents.” While some were envious of me, others thought my parents were making a terrible decision by giving me the opportunity to study abroad in a college.

It is ironic how these family members – who are now so proud of me – once questioned my parents’ decision and discouraged me from going abroad.

I paid no heed to such comments and continued working towards my goal. These negative comments encouraged me to prove them wrong and pursue my dream and still retain my Indian culture. My parents saw how hard I was working. I would pull all-nighters to balance between the rigorous IB curriculum and studying for the SATs. After giving 3 SAT attempts, and the SAT 2, I sent in my college applications. My parents had a supportive attitude all through the process. 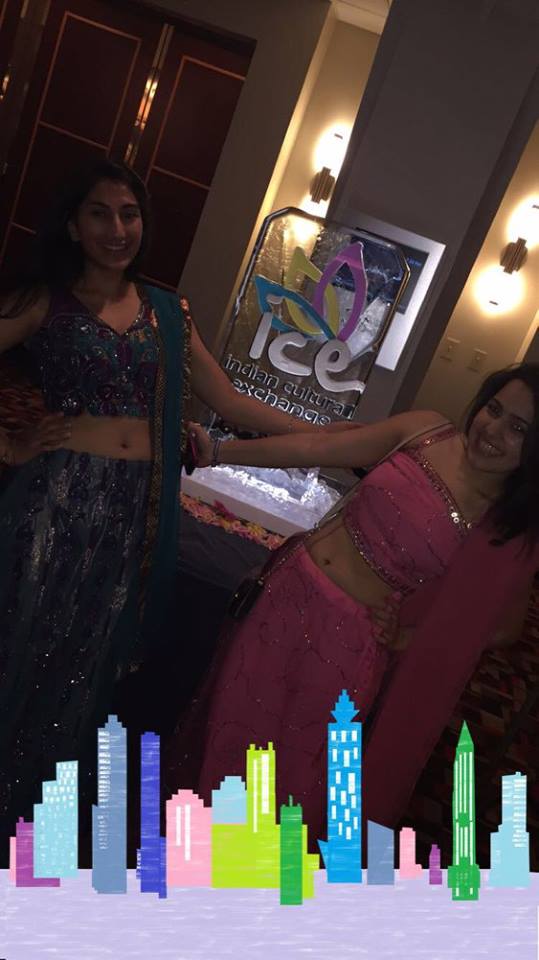 Being an only child, I had been extremely close to my parents and leaving them would definitely be hard. I also knew the emotional battle my parents would be fighting if I did get accepted into my university choice. I kept reassuring them that I wouldn’t make anything concrete until college decisions came out. I even went so far to say I would stay back and study in Mumbai if they wanted me to. I understood this excellent educational opportunity would not only cost my parents a lot financially, but would also cost them emotionally. 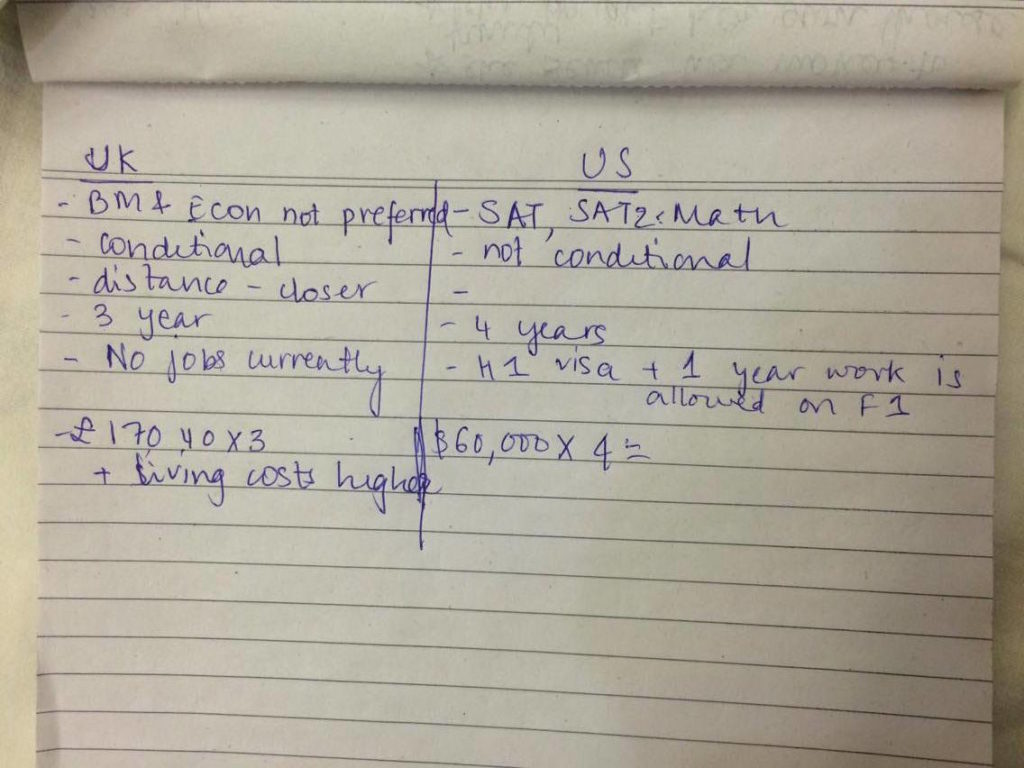 Luckily, I did not get into LSE and I got into Emory. It made my decision-process easier.

I had applied to 8 other colleges and was accepted by 6 of them. My parents wanted me to consider those options, however, I had set my mind up and was really keen on attending Emory.

The process of making Emory home has been hard, not only for me, but also for my parents. It is only because of their constant support that I was successful in breaking my family tradition and in setting new standards for higher and better education in my family. It is because of their motivation that I was able to disregard all the negative comments that came my way through the journey and that I overcame all obstacles. 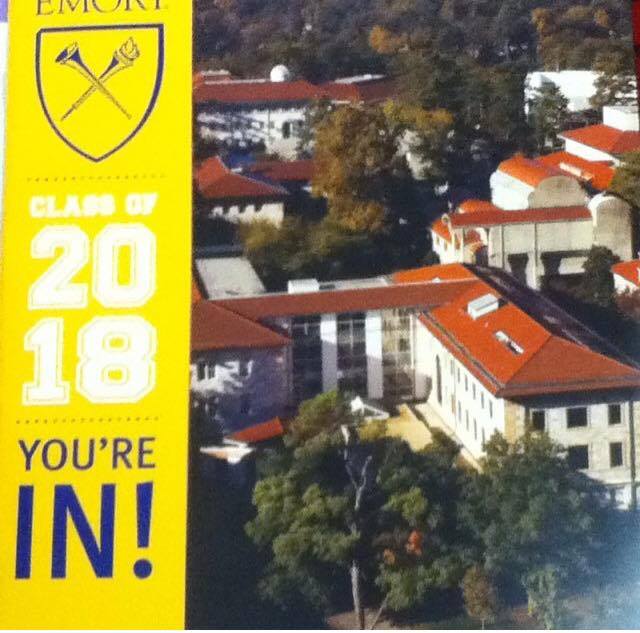